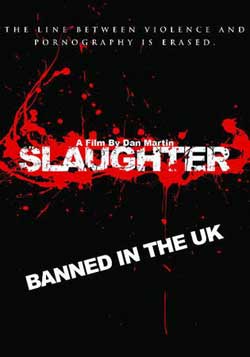 Ride shotgun with a deranged, serial killing, rapist. Go inside the head of escaped mental patient, David Ward, as a he terrorizes the town of Collingwood, England.

As you watch from David’s vantage point, you will see that drugs, rape, murder, and sodomy are all just a day in the life of this madman. David was kind enough to document his killing spree. Crawl inside his thoughts.

Slaughter was a disappointing watch for me, maybe I expected too much and then got very little. The film’s synopsis is about how a serial killer by the name of David Ward would stalk his victims and then record the murders on film and Hi8. He also got off keeping a very vivid journal of all of his kills. In his mind he thought that preserving death on film was the ultimate art form. He loved making his own batch of snuff films and would also take orders from a man over the phone who obviously had a tight hold of him. Why did he do these disturbing things? Because he loved the money and the thrill of the kill.

Watching you see him get orders and bring women to his trailer so he could make his personally ordered snuff films. He would beat, rape and murder each one in any way the buyer fancied. His trailer had explicit pictures of women spreading themselves open or posing in different forms showing the goods. He is obviously a sex addict since he loves to sit there and rub on out to various p*rn videos. Not sure if they were ones he made or just ones he bought. The footage that they have of the videos he took are grainy and boring, not enough to get you feeling anything about the victims.

The only thing that I way anxious about was when the hell would it be over. It just lacked excitement and you don’t get any character development besides his so it’s hard to get emotionally involved. David Ward was a sick puppy I won’t deny that but they should of elaborated more on this instead of flitting from kill to kill. Like he seems like a total loner until one particular scene where he suddenly has a girlfriend who got off on watching him beat, rape and kill- she was just as disgusting as he was. I was ecstatic when he was caught just knowing that the film would be ending soon, it was really hard to watch because it was slow and boring.

In the end the character playing David is being interviewed and he talks of how he just gets angry and beats people to a pulp. Listening to it you should be sickened by his confessions maybe even gag a little but it’s just not convincing you of his evil, maybe it was just me since I am hardened by watching horror
films daily. I am very interested in reading someone else’s opinion of the film just to see if this fact is true.
I have nothing against independent horror, I review it all the time and love seeing peoples creativity flowing thru their work.

I actually do not like to rip a film to shreds, these people put a lot of hard work and time into their creations and sometimes don’t have the means or cash to ripen their production. But I refuse to lie and say I loved something when I really didn’t. That wouldn’t be fair to the viewers who will go spend their hard earned cash on a film from the genre they love. I am sure their are people out there that would probably disagree with my feelings of this film and that’s ok because everyone is entitled to their opinion and people’s taste vary accordingly.

If you are one who likes to try different things then hey, go for it. When you are finished with it I would love it if you shared your experience with me. You can ream me out if you love it or offer me a nod on my write up for being dead on, all of your rants are welcome! Slaughter just didn’t strike any of my cords or draw me into the film what so ever. You would think that a film about a serial killer would be exciting but this time I am sad to admit it isn’t the case. 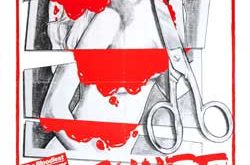 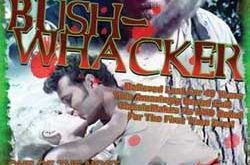