Home | THE SCAREHOUSE – 6 Sisters Set out For Revenge

Director and writer Gavin Michael Booth is releasing the first trailer for The Scarehouse to fans. The clip features a primarily female cast and a bloody tale of revenge. As well, a trap filled haunted house hosts dark revelations. A Mimetic Entertainment and a Named Viking Entertainment production, The Scarehouse is set to thrill audiences, in select theatres and through Video-on-demand.

On October 5th, The Scarehouse will host its World Premiere in Windsor, Ontario, the city in which the film was shot. The premiere takes place inside an existing Halloween Haunted House attraction. Fans across North America can see the film in select theatres (Oct. 5th, 2014) and through Video-on-demand platforms, this October 21st.

In the film, two friends take revenge on their former sorority sisters. Rejected, characters Corey (Sarah Booth) and Elaina (Kimberly-Sue Murray) have set-up an elaborate haunted house attraction – The Scarehouse. Inside, they will stalk their prey, awaiting the opportunity to confront the six sisters, while revealing a troublesome past. Do Corey and Elaina have what it takes to mastermind their assault? Do they have the guts and endurance to go through with their plan? Only those who survive will be able to tell their tale. And, a brutal tale of revenge takes place this Devil’s Night, inside The Scarehouse! 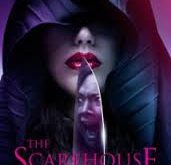 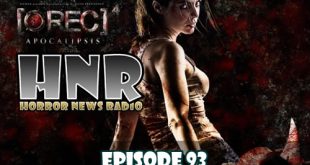 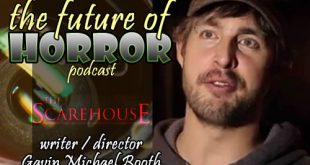