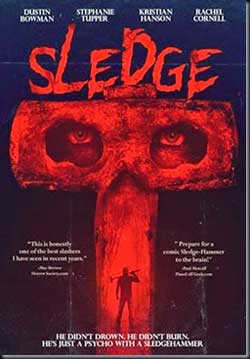 Sledge hits you from the beginning with humor and originality. Opening with Assly’s True American Horror television program, the action kicks off instantly with skull crushing deaths from the killer, Adam Lynch. Adam believes he is in a movie and video game that he has created in his head.

Sledge is, arguably, an interesting movie. Don’t let my words confuse, though: ‘interesting’ doesn’t necessarily mean ‘good’ or ‘bad’. Being totally honest, it conveys a message that says, “Yeah, it’s low-budget and we’re proud of it!” With a production budget of $800, a director has to count on good acting and cheap thrills to deliver a hard edge. To get a general feel for things it’s important to grasp that, as the viewer, you’re watching a woman who’s watching a t.v. show (a bit of an homage to Tales From the Crypt). Within that t.v. show, there’s a movie featuring some young people camping in the woods, within that movie, a character begins telling a story about a killer in those very woods who liked to kill with a sledge hammer. 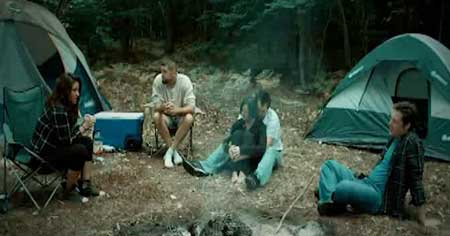 While it sounds confusing, it really isn’t (and even stranger, I can’t explain to you why it’s not confusing, which unto itself is confusing!) As you might’ve guessed the guy from the story-within-the-movie-within-the-t.v. show-within-the-movie shows up and starts, well, sledging everyone. What makes the movie fun, is that I feel perfectly comfortable just offering some random comments about it, because so much of the movie really is just a big cluster of randomness. I’ll quickly concede, though, that some of the rambling dialogue scenes help to glue things together (and speaking of rambling, the woman on the couch has some phone conversations that are honestly nap-inducing).

Funnily enough, the whole stinking mess sort of grows on you after a little while. The killer is played by Producer/Director Kristian Hanson.  When I say his lines, are funny…..I mean, they’re FUNNY! Yes, his remarks are sophomoric, but he’s a killer with a sledge hammer, what do you expect?!  Even if his bits were dry, it’s just funny to see this terrifying murderer talking (a very novel thing, indeed). Here’s a statement I never thought I’d write during my lifetime: I just love the killer’s voice. It just has a funny timbre to it. I also love that he has a name, a pretty normal name: Adam Lynch – – like the guy who brings you your mail or manages your favorite restaurant. The talented and promising John Sovie also shares Producer/Director credit with Hanson and functions as the man behind the camera. 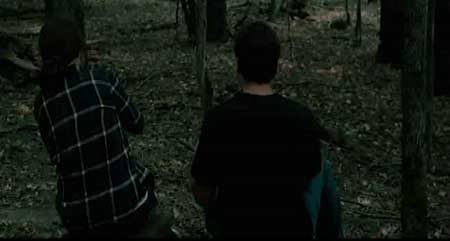 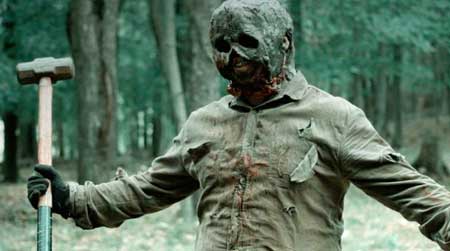 Early in Act 1, we see evidence that Tino Faygo, refused to heed Robert Downey, Jr’s advice from ‘Tropic Thunder’, that being, “You never go full retard.” Frankly, though, the whole business plays, when you calculate his character’s role into the whole shebang.  To get a proper feel for things, you’ll just have to see it, but it’s this moderately funny little bit where we’re initially introduced to the killer. We also see Faygo’s character ‘Dickie” show up at the movie’s end, but I don’t want to ruin that entirely for you! I bring up that character simply because, from the opening moment, I just got the feeling these people had a lot of fun making this movie! 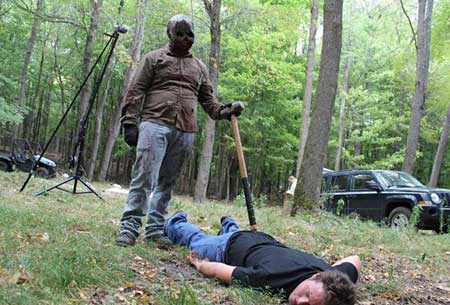 Many things about the movie scream ‘1982’….from the digital throwback processing, (which gives it that old Saturday afternoon Kung Fu theater ethos) to the hairstyles, to the ‘Girl on the couch’ (yes, that’s how she’s credited). It manages to hit perfectly on ‘retro’ without being too self-referential.  I don’t think any reader will flinch if I drop in the surprise spoiler: things don’t work out too terribly well for most of the characters in this one! Big surprise there! With character names like ‘Mean lady’ and ‘Nice lady’, this movie gets a solid nod for not taking itself too seriously; and with an intro logo that reads, ‘Craptastic Productions”……a good time isn’t far away! 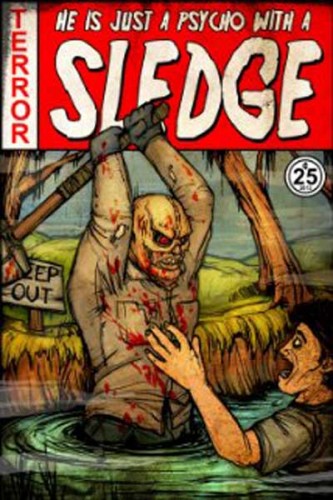 The movie has a superb low-brow web site, where you can pick up the DVD for ten bucks and if you do, don’t forget to catch some of the whimsical outtakes after the credits roll….they’re pretty funny! No joking around: for a budget of 800 bucks, this movie carries a lot of punch! While it never delivers huge scares, ‘Sledge’ tickles and entertains in nearly all the right places. A solid 3 out of 5 coffins from me! 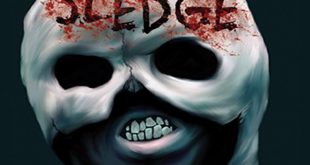