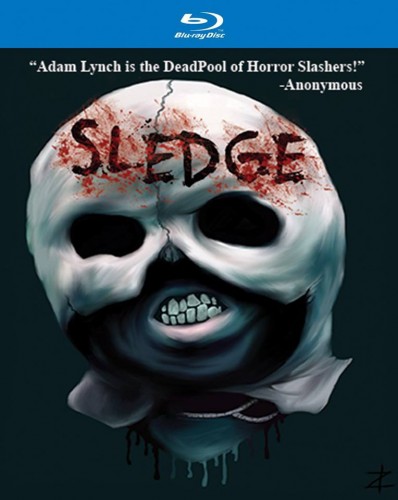 Directed by Kristian Hanson and John Sovie II, Sledge hits you from the beginning with both humor and originality. Opening with Assly’s True American Horror television program, the action kicks off immediately with skull-crushing deaths from the killer, Adam Lynch. Adam believes he is in a movie and video game that he has created in his head.

This special edition Blu-ray will be signed by Hanson and Sovie II, numbered, and will include new interview footage of Assly, Adam Lynch and Hanson, along with a bonus disc of the soundtrack.

“We have released a horror/sci-fi film in February, Gilgamesh, and we have the amazing art-horror film Within Madness coming out April 7th; logically the next step would be a slasher.” says LeglessCorpse Films’ Chad Armstrong.  He went on to explain the decision to choose Sledge out of the hundreds of other slashers out there. “Sledge is a wonderful film, shot on a very, very modest budget; we want to bring these kinds of projects to Blu-ray. Independent horror filmmakers often turn out passionate, quality films with limited finances; we believe such passion deserves a presentation of equal quality.  Sledge is definitely such a film; it’s a fun, fantastic ride that we feel hardcore horror fans would love to have in their collections, especially in a Blu-ray format.”

The special edition will be available early May and will have a limited run of 100 copies. You can keep up to date on the Sledge Blu-ray news at the following links:

You can also pre-order this very limited set at LeglessCorpseFilms.com 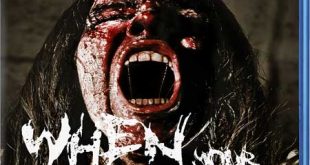 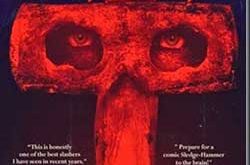