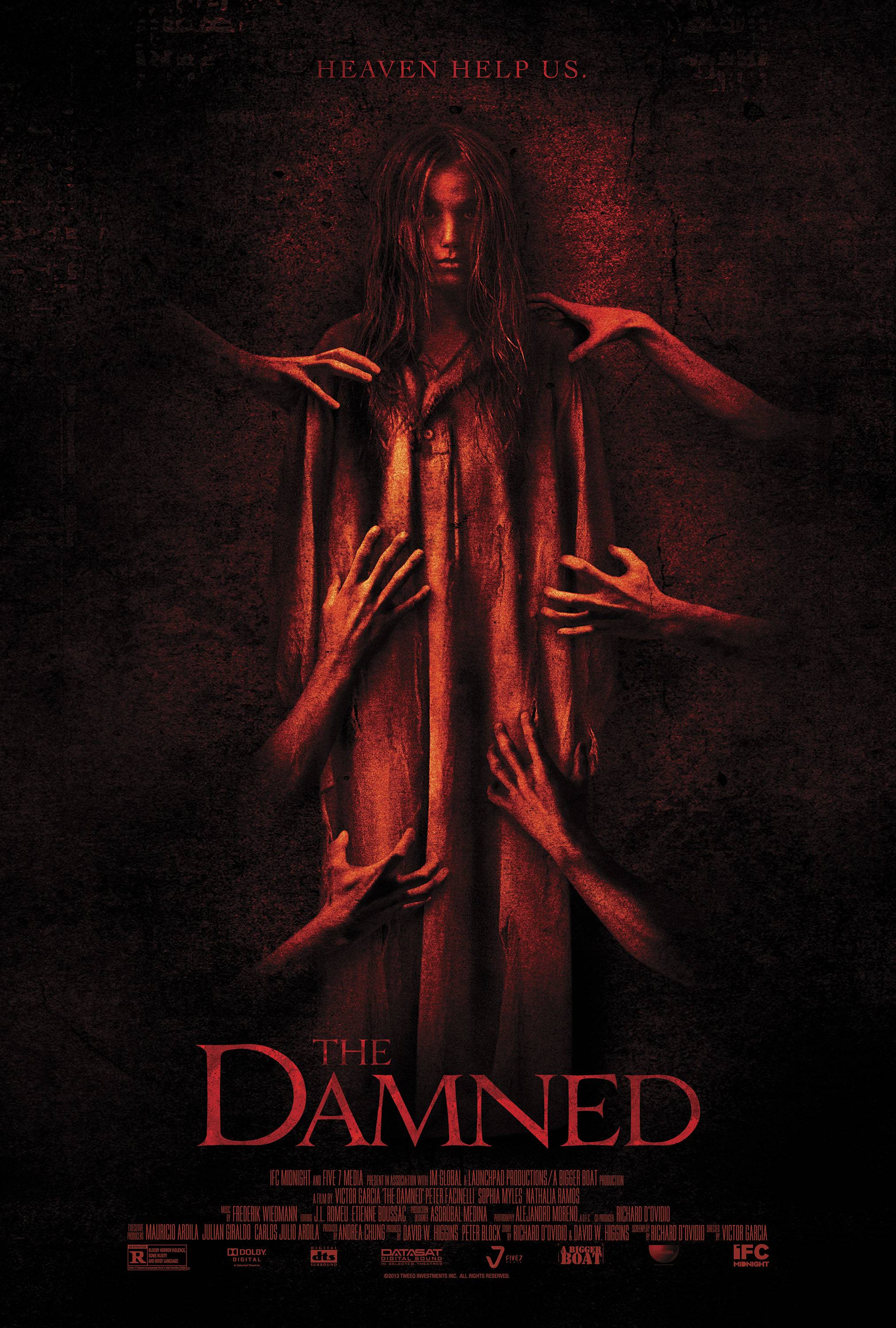 A family are involved in an accident and take refuge in a secluded inn, where they free a girl locked in a basement without knowing she’s an ancient evil.

To say his past films aren’t exactly classics would be an understatement when referring to the works of Victor Garcia. The man has delivered RETURN TO HOUSE ON HAUNTED HILL, MIRRORS 2, and the abysmal HELLRAISER: REVELATIONS. I wasn’t in a hurry or particularly excited to see anything he may have churned out after that. So I approached THE DAMNED with much caution and trepidation. I wasn’t sure what to expect and surely, it couldn’t have been any good. I wasn’t right but I wasn’t exactly wrong either. It falls somewhere in the middle but it’s leaps and bounds more entertaining than his previous works and the fact he was working from a script by Richard D’Ovidio who wrote the Steven Seagal masterpiece EXIT WOUNDS was just icing on the cake.

David (Peter Facinelli) and Lauren (Sophia Myles) are ready to get married. Their plans are set and everything is ready to go except one thing: David’s daughter Jill (Nathalia Ramos) is in Columbia with her step-sister. The two of them travel there to pick her up but she isn’t exactly excited to watch her father trade vows with this woman, even though her mother has long passed. She reluctantly goes along but they will have to make a trip to get her passport before making the flight. While traveling a back road during a nasty storm, they crash their car and narrowly escape with their lives. They seek refuge at an old inn, waiting for the storm to blow over. The keeper of the inn is a rather bizarre old man and forbids anyone from exploring the place. That doesn’t stop Jill who discovers a little girl locked in the basement. They rescue the girl but things begin to take a dark and brutal change, their reality changing forever. No one knows exactly what is happening but something is praying on their fears and the only thing they can do is escape the darkness torturing their minds.

What seems to work best in this film is how Garcia and his cinematographer Alejandro Moreno utilize their location for some solid jump scares. Set in an old mansion with a child protagonist, they are given free reign to slowly make reveals to you while building the tension and dread. The sound design also plays a major part in what works best in the film. The creaking, breathing, and faintly heard noises enhance the haunted house-like experience.

The cast is quite good most of the time but it’s Peter Facinelli who actually carries the picture and with his performance in this movie it’s easy to forget he once sparkled. I didn’t however fully buy the father daughter relationship with his character and Nathalia Ramos’. It was an odd pairing and somehow it just doesn’t work. Individually, when referring to one another, it’s fine, together it’s just not believable.

The script seems to tumble a bit with dialogue but it does have several interesting twists within the story and mythology to bring a new dimension to a weathered idea. I may be on my own here but I thought the ending was perfect. It sets up a sequel idea that would expand on the mythology, could be very frightening, and take these characters to a much darker (and more interesting) place than we get to see in THE DAMNED. 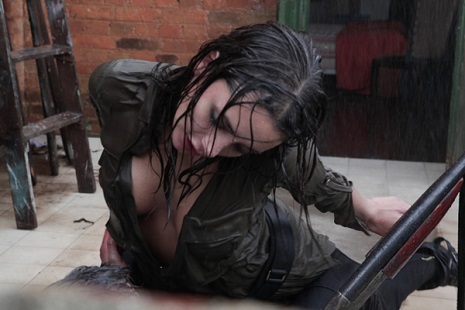 We’ve seen many films like this before and it isn’t exactly paving new territory but the twists it does have to offer set it apart (even if just a little) from the rest of the pack. The chilling and dark atmosphere established once they hit the mansion is wonderful but the dialogue and character issues could have been polished a bit before being brought to the screen. It’s still a worthy effort with some genuine scares and a welcome performance from Facinelli that will hopefully lead the actor to some more worthy roles. (*** out of 5)