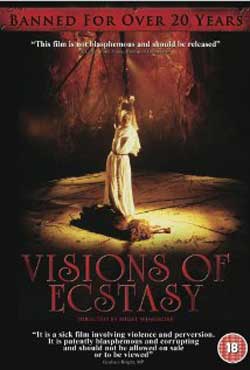 Visions of Ecstasy created by director/writer Nigel Wingrove has some history behind it.

The film itself, if stepping outside of the controversial tones, sort of reminded me of those late night Showtime erotica shorts. The piece is simply a category “nunploitation” film, but where it pushed the envelope lies within the blasphemous elements of the piece. 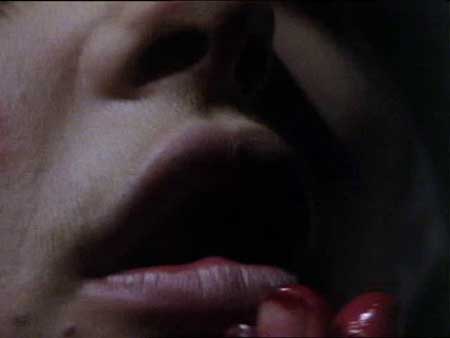 This continues on for awhile as the filmmaker Nigel Wingrove keeps things moving per way of a ridiculous amount of edited camera shots. “Visions of Ecstasy” is void of any dialog choosing to instead serve as a window into St. Teresa’s troubled psyche. Imagery here evolves with shots of St. Teresa being bound by her hands as a seductress makes her way into her half exposed body. With St. Teresa seducing a outstretched Christ she continues on this erotic journey to the benefit of viewers who most likely also see this as role playing eroticism. Certainly the Christ moments are too much symbolism to sit comfortable with any Christians viewing this piece though most viewers nowadays are pretty numb to the nunplotaion concepts. 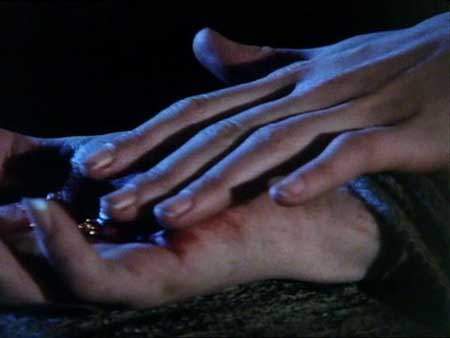 Being that I’m reviewing this in the 21st century, pieces like this are usually glummed over for what they really are, erotica shorts. The actress Louise Downie makes for one hot nun with a rocking body to match. The simulated lesbianism piece is described as being our main characters own psyche which I suppose lessens the controversial aspects a bit. “Visions of Ecstasy” arrived during a time when the film industry was still trying to figure out to “what extent” too much meant. Visions of Ecstasy crossed the gray areas of religion making it a target for industry disapproval. 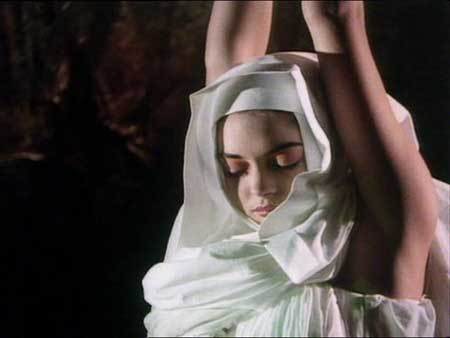 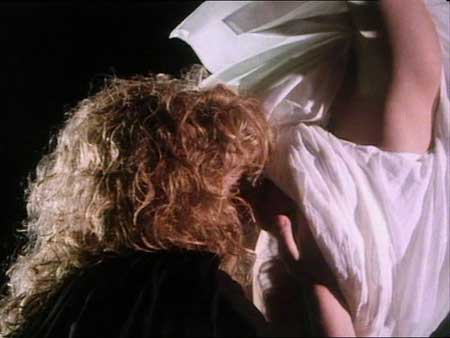 The wikipedia details behind this read as such: “Visions of Ecstasy is a 1989 short film that became the only work to be refused a certification by the British Board of Film Classification on the grounds of blasphemy”. The scenes with Jesus were regarded as libelous which only helped to make this piece that much more of a banned film” bad boy. The British Board had a few years coming before they would loosen the reigns to where we are now, but for the time…thus was naught stuff. Not a great piece by any means, but still rather sexy if you fast forward past the Christ scene.