Following the tragic loss of their unborn baby, Ethan and Claire decide to take a break in their relationship. While Ethan goes to visit his family back in the US, a depressed Claire remains home alone to sort her head out. But while sorting through some belongings, she discovers a mysterious wooden box in the loft, inside of which is something even more unexpected…something that she soon wishes she hadn’t found. By the time she goes to bed she’s already become very ill, but it’s an illness unlike anything she’s ever known. Before long the illness has transformed this once kind and gentle woman’s reality, into a disturbing yet very real nightmare…

Dictionary meaning; A slowly progressive fatal disease of the brain that is due to an infectious agent transmitted among people in Papa New Guinea by ritual cannibalism. Kuru is an infectious form of subacute spongiform encephalopathy and is caused by a tiny infectious particle called prion.

Henry Salmon’s music of well suited bass and drumbeats opens the movie with black and white names on the screen and the picture remains in monochrome for its entirety. Soothing string instruments then take us to a lovely setting showing an ambient lake near a gorgeous English cottage and from here we are taken into the world of Ethan and Claire. Characters and personalities are built up as we soon learn the couple are English and American and they are pregnant. There are lots of big decisions for the couple initially and it’s not long before they lose their baby and this is where the story takes on another dimension. Ethan must leave for America to see his sick Dad and although he hates to leave Claire, she is not fit to travel (and hey, there wouldn’t be this story if she did). Claire isn’t altogether alone as she has their incredibly gorgeous yet grunty pooch with her. 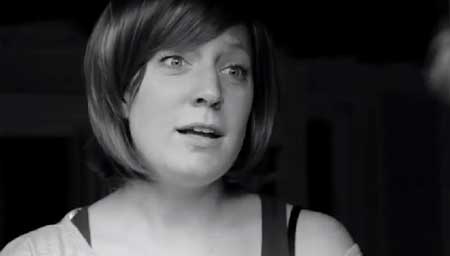 I find Claire is an excellent actor and although I like Ethan, his monotone voice makes me giggle at times. Claire is a costume designer so she spends her energy spending time alone and working on costumes when her mum arrives to give her at item that belonged to Claire’s father. Claire isn’t too sure what to do with it so it’s placed upstairs in the attic and this is where she discovers a box that she doesn’t remember seeing before (mind you, the couple haven’t lived in the house for that long). I won’t give too much away but of course she opens it and for some reason eats a piece of what she finds. This isn’t good for her body and the movie then heads into a spaced out zone where Claire experiences vomiting, passing out and losing her hair. A catatonic Claire wreaks havoc on neighbours and if you don’t like big spiders, then you’ll need to look away at times. 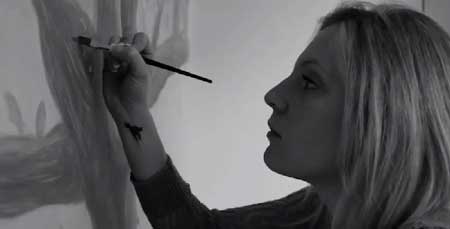 You’ll watch flashbacks of a blonde happier Claire with Ethan and wonder if the visuals are real or not. What she has eaten has taken over her body and placed her mind in another state. She appears calm on the exterior but who knows what is happening on the inside. With her hair almost gone and dark glasses, she certainly doesn’t look inviting but guess what happens when the Jehovah Witnesses come knocking on her door…well, you’ll see. When she dons a wig, the “Lindy Chamberlain” look is right there, circa 1980!

The movie is full of darkness and the lack of colour is reminiscent of the French TV show “The Returned”, but this works well. Kuru is not a fast paced movie, its slow but in all the right ways. I happened to watch it on an incredibly windy night and my doors and windows were rattling all the way through which gave the movie another dimension. Henry Salmon’s music is fitting and descriptive, a UK artist who has been playing music since he was seven years old. 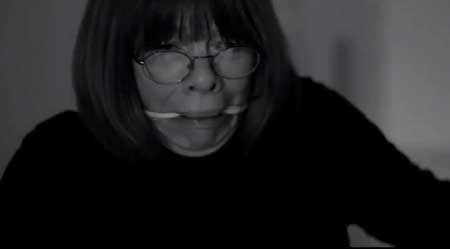 Kuru was made with 250 pounds and has about 20 cast members. I can’t believe it has been so cheap to make and is so professional so it just goes to show that movies don’t have to be full of blood and gore and expensive to be a gem of a movie. There is no nudity present and the oddest thing for me is the killings are quiet (bit like the 1990 flick “Begotten”) and I feel having this quieter outrage on screen doesn’t make the movie scary at all, more of a suspense. Although I often prefer a faster paced movie, Kuru kept me watching the screen and entertained, which for me, is the main thing. I’m not sure the ending captured the cause but it has kept it opened for a sequel.

I recommend checking it out, if not purely based on what you can make with a small amount of money and no doubt casting volunteers to act for you. 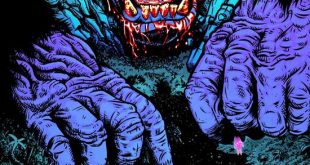