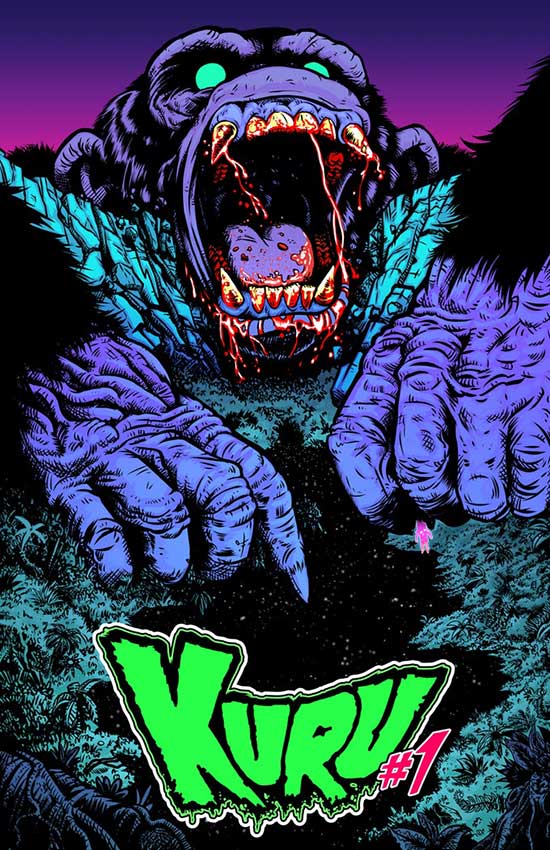 Comics have long relied on unique selling points to find their audience. There’s a lot of books out there and most of them ain’t cheap, so subject and style count for a lot. Usually it’s just a facile costume change or rebranding, but the horror genre has the ability to push a concept and know the audience will more than likely embrace it. So, discerning fan of all things horror, I give you… Tribe of Neanderthals being hunted by vampire chimpanzees!

End of review. Why are you still here? Go buy it.

But seriously, if that hasn’t at least got you curious then we’re clearly not speaking the same language. And that is the great thing about KURU, it’s not just a bonkers idea, the creator Brian Flint really understands the language of horror and comics and combines them to superb effect. The story is pretty much as advertised, an ancient tribe of Neanderthals return home from a hunt, with particular focus given to a couple and their young son who is learning the ways of his people and the harsh environment in which he must try to survive.

They return to discover a new kind of apex predator has ravaged their camp and it won’t be long until they come back. There is a little more to it than that but if you’re sold on the concept then you’re better off just diving in, and this book is over a hundred pages long so there is plenty to dive into. There is gore, carnage and limb’s torn asunder on just about every page, all amazingly brought to life by Flint. The book is black and white but the use of shadow and thick blacks helps create a bleakness that really serves the story. A very well realised sense of dread is crafted as characters seem to get swiped out of panels and mauled ‘off screen’ before a huge vampire chimp jumps off the page and devours one of the helpless tribe right in your face.

This is not a case of a story being ‘so bad it’s good’; yes the concept seems ridiculous but it’s executed so well that you quickly get absorbed with the characters and their narrative. This is much more than a series of brutal exchanges between knuckle dragging beasts of the ancient world, with themes of parenthood, protection, hubris and respect for one’s environment well crafted throughout.

It appears that KURU is part of a larger, loosely connected horror series all created by Flint, and twice in this book you get grindhouse style intermissions advertising other stories that may or may not actually exist. While both are great in and of themselves, they did pull me out of the story a little bit, but then perhaps that was the point. 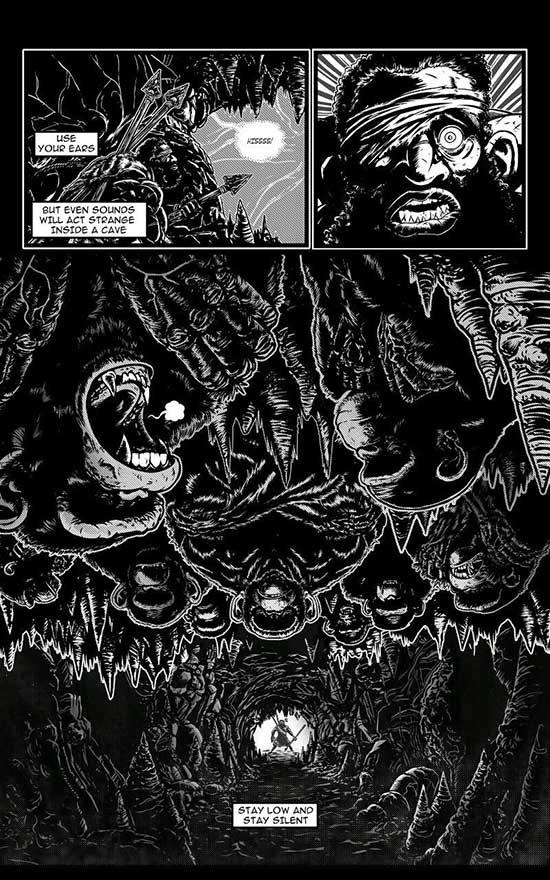 The book works perfectly well as a stand alone story, but there is a suggestion of more to come. Judging on what’s in the first volume, anything that flies out of Brian Flint’s brain can consider itself as good as bought and I’m pretty confident this will end up on my best of the year list. KURU is another great example of comics being the perfect home for ideas that are too wild in scope or style for a film studio, so the next time you’re in the pub talking about What If! scenarios and your friends scoff at your ideas, sit them down with a copy of KURU while you put pen to paper. You never know, you just might have a really cool idea – like vampire chimpanzee cool.

KURU is available now on Comixology 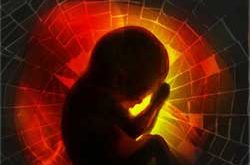