Horror Funding: 24 hours in the Most Haunted Places in France

24 hours in the most haunted places in France

The twelve episodes and the secret thirteenth episode have been shot but without your help, the series might not to see the light of day . Become the actors, the contributors of this coming success and be proud when you get to see your name on the rolling credits of each episode broadcasted in several countries!

The filming of the second Season of  “DEAD CROSSROADS” has now ended. With a revamped team (Aurore Siza is replacing Julien Mazzitelli and Geoffrey Blandin will be accompanying Fabien Delage as DOP), “DEAD CROSSROADS: THE FORBIDDEN FILES” is a substantially more ambitious season than the first; it’s a new kind of ghostshow that’s already set to become the new standard in mockumentary-type French series. 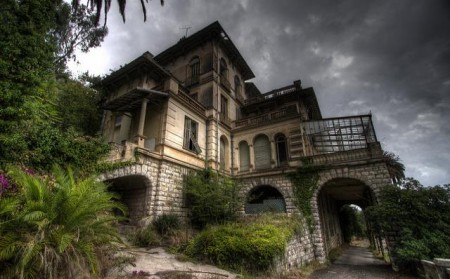 The three explorers’ journey will bring us to desolate more-nightmarish-than-ever places. In the heart of darkness, they will spend one day and one night in France’s most haunted places. Dark and horrifying stories resurface, macabre news items that defy one’s imagination reemerge from the past and play on our nerves. Season Two will be full of nighttime twists and reality will blur with fiction to make us experience unprecedented fear, via an angst ridden paranormal expedition captured on film.

This time, the face of horror has managed to leave the dark in order to reveal its true nature…On top of showing us France’s most disturbing places (castles, orphanages, schools, houses as well as manors), “DEAD CROSSROADS: THE FORBIDDEN FILES” makes us endure our worst nightmares during troubled nights where spirits and the eye of the camera meet… With all kinds of apparitions, dementia signs, visions of horror and beautiful yet morbid places, nothing will escape the cameras of Dead Crossroads’ ghost hunters. 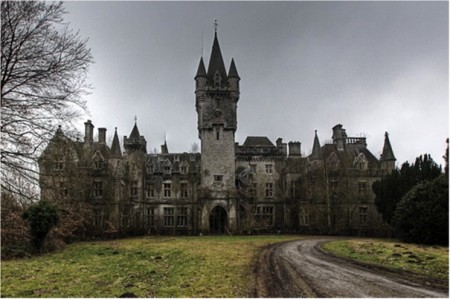 What we need and what you get hold of

Fright House Pictures has collaborated with prestigious English, American and French SFX artists to bring you stunning realism and chill you to the bone! The twelve episodes and the secret thirteenth episode have been shot but without your help, the series might not to see the light of day.

Some of the compensations we give are unique accessories used in the filming of Season Two.  Their quantity is therefore very limited and some items may soon be unavailable.  If you are interested in some of the compensatory objects, don’t hesitate to grasp them as soon as possible!

After having seen Season One released straight to DVD and VOD streaming, our ambition for Dead Crossroads Season Two is TV broadcasting in France and internationally

Fright House Pictures, a young production company, is working on consolidating a partnership with another production company which possesses a leading department fully dedicated to French and foreign distribution.
This partnership will enable us to reach our goal by the end of the year 2014.
Your help, your participation, are the keys to our success, in that these €7,500 will help us wrap up the series on time.

Here’s why we are hopeful:

– Dead Crossroads is above all synonymous with a famous and renowned author / director
– The haunted houses and the filming’s quality,
– The concept of a day a night in the most haunted places in France,
– True Stories increasingly terrifying …

Become the actors, the contributors of this coming success and be proud when you get to see your name on the rolling credits of each episode broadcasted in several countries! 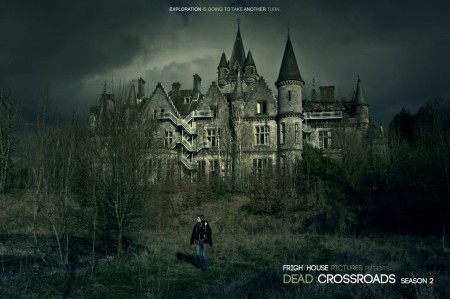