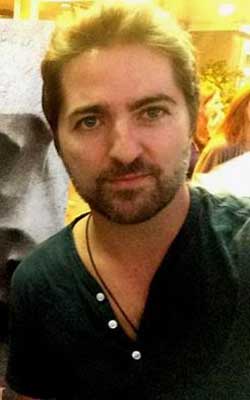 The supernatural has been presented to viewers in many forms including poltergeist, shadow people, demons, angels, parasite entities, residual hauntings and possession. In David Jung’s new film he wrote and directed takes it to the next level. Michael King (Shane Johnson) is a skeptic.

He is a man who doesn’t believe in God or the Devil and he is driven by the death of his wife to find out what really exist in the world. Michael King becomes the experiment allowing demonologist, occult practitioners, necromancers and those who believe in the supernatural, spiritualism and the paranormal to experiment on him. It is a completely different look from the perspective of a sceptic and David Jung’s own skeptic beliefs led to the making of the film. I’ve always had a bone to pick with most religion. Most of the great wars have been about religion. I love the idea of transformation. Michael King wants to find out what is real and what plain bullshit is.

The film is shot in reality form. Jung stated that Shane found it a little frightening to be sitting at home and saying God or the Devil, if you’re out there, prove it! Come and get me! His entire house is rigged with cameras and he is searching for the truth. It does not start with the average couple that moves into a house and things start to move around. Jung hits a nerve with all the different spectrums including priest who tells him that my father took advantage of me and I prayed to God and gave up on God and started praying to the Devil. He brings an emotional and relatable aspect to us in the film.

Michael King purchases everything from black candles to any type of ritual items he can locate and even tries some of the rituals. There is no Dybbuk box dropped off at his door, he goes and brings the Devil to him by challenging God and the Devil. Religion is a multi-trillion dollar industry with Psychics and Mediums that may tell you what you want to hear but what gives them any right Jung quips.

Michael King also talks to Satanist and he goes through hell and back literally as he meets demonologists and a sexually motivated couple who advise that the dead and cemeteries are needed for sacrifice and rituals. The demonologist couple are asked why angels are never summoned and according to the couple there are two prevalent methods to summoning demons but you will have to watch the film to find out those divine answers.

It all stems back to the late 1960’s and 1970’s in which sex, drugs, violence rock n roll and semen were more accepted. David said, I kind of wanted to have fun with the character and I did. I did a lot of research and getting into occult religion. There is sex involved and dead bodies and cemeteries and drugs. The 1960’s and the 1970’s in terms of sexual aspect were more like the modern couple in the film who could be considered to be a couple of swingers today.

Michael King’s sarcasm runs deep in the film as he questions everything that is done to him with the gusto of a comic in which Jung borrowed from his own sarcasm, there is a degree of sarcasm and a degree of comedy to the film. It is easy to listen to Jung speak about the film. He knows what he is talking about and he has an excited tone. 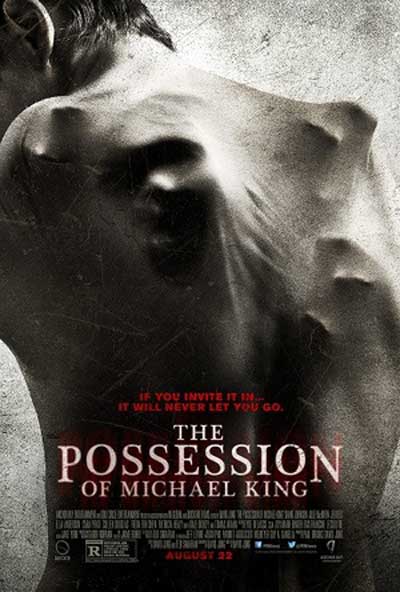 Michael King may have gone a little too far as he loses touch with reality and after his cameraman says to him, are you sure this is the way you should be doing this? You are going down a rabbit hole and it is detrimental. Jung believes you should write what you know and question the rules. I understand why I need to follow mythology but why do I need to follow a certain mythology? Why can’t I follow a Star Wars mythology? One is a futuristic mythology and one is book mythology. 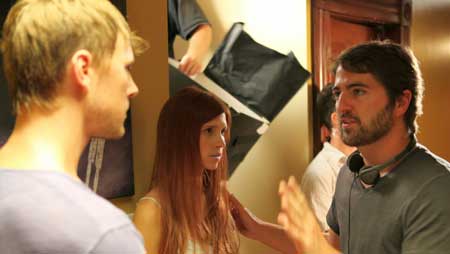 He was excited about the screening of the film and found the audience laughing along and enjoying the film until there is a silence that descends over the audience and we all have the same questions about life and death and in the end we are all going to die.

Make sure to check out THE POSSESSION OF MICHAEL KING and keep an eye out for David Jung’s future work including the upcoming film ROAM. You can view information about ROAM at roammovie.com and it stands for “Rider of another Mortal” and the synopsis is what if we could hijack another human beings body? David Jung is talented, smart, and witty and has a keen eye for what scares an audience. 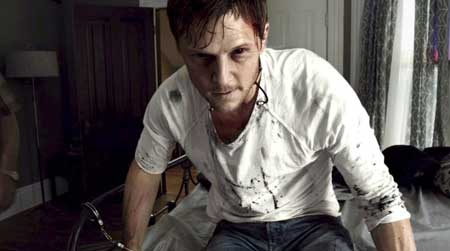 Check out Anchoy Bay’s THE POSSESSION OF MICHAEL KING and make sure to “Like” the page on Facebook www.facebook.com/POMKmovie/info and roam.virb.com/