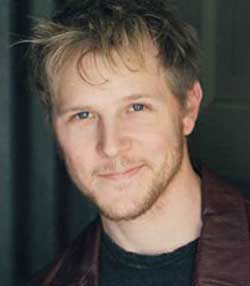 While known mostly as an actor, Shane Johnson has also ventured into producing, writing and animation. Given his passion for one particular project, he taught himself how to animate and has since been developing multiple projects. He’s also ventured into scripted and reality TV as a writer/creator, striking deals with production companies and navigating the maze. He made his feature film debut in 1998 in Saving Private Ryan and has steadily made a name for himself in bigger & bigger roles in both movies and TV. He can currently be seen on television playing Cooper Saxe on the Starz series Power, and is starring in the forthcoming supernatural thriller The Possession Of Michael King. He spoke with me about his role in the film & what it was like preparing for it.

Horrornews.net: First off, what about the script made you think that it was a good fit for you?

Shane Johnson: Well, it’s one of the few times that an actor gets to really make an amazing transformation like this. So, for me it was exciting to show a broad range of what I love & what I can sink my teeth into. Instead of just playing a regular character, where you’re a dad, a husband, a cop or a lawyer – I really got a chance to go from family man who’s got everything going for him to someone who ends up taking a giant leap down into a rabbit hole, and then just totally decompose & combust in the process. For me, I loved the idea of this journey, this transformation.

HNN: As I was watching the film, I felt it was very familiar at first. But as it continued, it got more sinister and I liked that a lot because it never really goes all out. It’s not a gore fest or a big special effects film, it was all about you & your character’s change in tone from scene to scene. I would think that’s a really tough challenge for an actor, especially since you’re in nearly every scene… 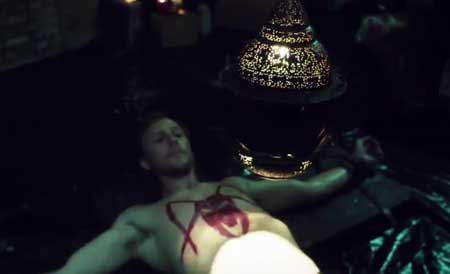 HNN: Well said. There’s a documentary aspect of the movie that makes it feel real, but your director (David Yung) kind of messes with the format with some odd camera jumps & some on the fly edits that felt really odd to me. Did you like the way the final edit of the film played out?

SJ: I feel like the director really understood the philosophy of the found footage genre, he really did his homework. His hope was to take from a bunch of different genres, he goes from a docu style to a found footage type of film. In the middle of the film I set up some strategically placed cameras for surveillance and then towards the end the movie gets a lot more violent and sort of on the fly as you said. I think he wanted the style of the film to mirror the journey that I go on, as a character.

HNN: This is the director’s first feature correct?

SJ: It was the first film that he’s directed, but he’s been writing for a long time. He knows this genre very well and he’s sold a lot of bigger budgeted Hollywood movie scripts, but none of them have been made until this film. This is his first time up at the plate as a director. 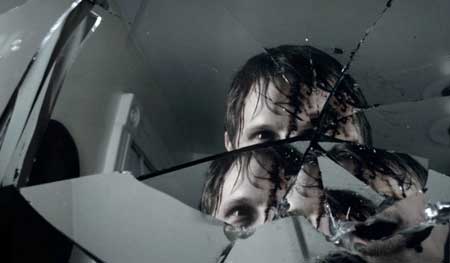 HNN: So what was it like working with a first time director on a project like this?

SJ: You know, I didn’t once question his ability or his vision, he went into this with the deck heavily stacked in his favor. First of all he wrote the script and he had a very strong idea of what he wanted this movie to look like. He had it storyboarded to the nines! Because we shot it so quickly, we both did our homework and I would bring what I could bring to the role from my perspective, and then he’d tell me his perspective. Then we’d do a 2nd take and sometimes a 3rd take, but we didn’t have the luxury of taking an entire day to film one scene because of our short schedule. So we really tried to come to work prepared every day and the entire production was really well thought out.

HNN: Your character starts out in the film as a skeptic and sadly discovers that what he thought was hokum actually exists. What’s your opinion on stuff like demonic possession & the like? Are you a believer in the supernatural?

SJ: [Long pause] I don’t actually know! What I can tell you is that in my research, I saw a lot of things that were very compelling. I watched a lot of videos, read a lot of stories, I saw things that seemed to be very inhuman to me. I wouldn’t say that I’m a believer, but I’m a doubter – I’m a doubter in both directions. I had some experiences throughout this process that put me in doubt. Do I have absolute proof that I can hold up to someone and say “Here’s proof of the supernatural?“, no I don’t. But given what I’ve seen in my life, because of this movie and my research, there are definitely some unanswered questions. 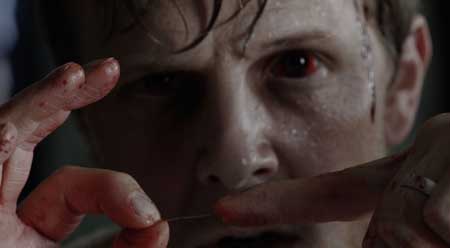 HNN: What kind of research did you do?

SJ: I read an awful lot, The director gave me about 85 books and told me, “Here’s your homework“! So I read a lot of stuff on the occult, demonic possession, necromancy and similar topics. There was one very compelling book in which someone was basically documenting possession stories, he would hear of a possession and then go on and document everything that he found. He would describe everything that the individuals were going through and the things he was describing were very, very disturbing. I also saw a lot of footage of people who were, quote/unquote, possessed. Now, somebody watching it might say that the person is either schizophrenic, mentally unstable or maybe saddled with a split personality. But when you’re watching the contortions they’re bodies are going through & the sounds that are coming out of their mouths…I don’t know how your mind can make you levitate or make a glass crack in pieces when you’re nowhere near it.

One of the most compelling & interesting things to me is when someone who’s possessed, has information about someone that they shouldn’t have. I think this is fairly common in possession type scenarios. Someone who the possessed person has never met will arrive, ostensibly to assist in the ceremony, and the possessed will suddenly start spewing out information about this person, having never met them before. It’s really very disturbing & I don’t know how to explain that. 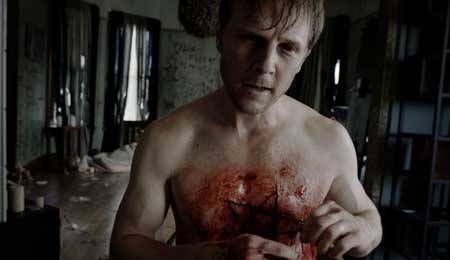 HNN: Do you plan to make more films in this genre?

SJ: I do plan to make more films in this genre and I’d really like to work with David Yung, producer Guy Danella and Gold Circle Films again. Right now I’m on a show on the Starz network called Power and we’re getting ready to begin our second season, so I’m busy for the next six months. But, I’d really like to make another genre film during the next hiatus that’s hopefully as terrifying as this film is. I’ve really fallen in love with this genre for sure.