-An all-night horror movie marathon in the woods- 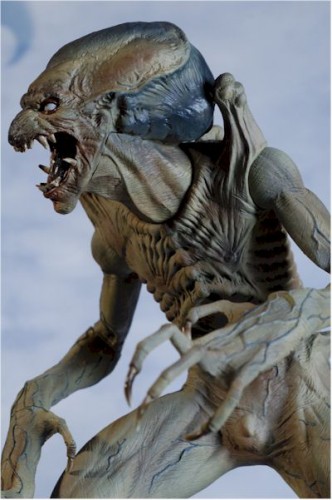 Philadelphia, PA – On Friday, September 12th, The Awesome Fest will return to Adventureland Day Camp in Bensalem for the 2nd annual Summer Camp Sleepover, an overnight horror film festival outdoors in the woods, at a summer camp! From Dusk ‘til dawn, The Awesome Fest will screen 6 movies while offering the usual summer camp activities including campfires, food trucks, horror themed vendors, marshmallow roasts, games, as well as many surprises! “Campers” are even encouraged to BYOB and BYOT (bring your own tent)!

“Josh & I thought it would be crowd-pleasing to add a little more comedic horror into the mix this year, and we didn’t have any trouble tracking down some new good flicks that fit the bill”, said film programmer Scott Weinberg. “Next year we’ll probably go back to being all dark and super bleak.”

Tickets for the event are $35 and go on sale Wednesday, August 20th at noon. Tickets can be purchased at www.theawesomefest.com or directly at: www.ticketfly.com/purchase/event/667495

When a group of teenagers inadvertently kill his only son, Ed Harley (Lance Henriksen, Aliens) seeks the powers of a backwoods witch to bring the child back to life. But instead, she invokes “the pumpkinhead” – a monstrously clawed demon which, once reborn, answers only to Ed’s bloodlust. You may have seen this film before, but you’ve never seen it outdoors in the woods, on a big ass 30 foot movie screen.

Special giveaways throughout the evening provided by Scream Factory™

DEAD SNOW 2: RED VS. DEAD (2014) Philadelphia Premiere*
If the worst day of your life consisted of accidentally killing your girlfriend with an axe, chain-sawing your own arm off, and watching in horror as your closest friends were devoured by a zombified Nazi battalion, you’d have to assume that things couldn’t get much worse. In Martin’s case, that was only the beginning. From the director of Hansel & Gretel: Witch Hunters and (of course) Dead Snow.

*This will be the World Premiere of the all-English version Director Tommy Wirkola shot at the same time as the dual-language version. It is not an English dub, or a different cut of the film.

WOLFCOP (2014) Philadelphia Premiere
(Director: Lowell Dean, Writer: Lowell Dean)
It’s not unusual for alcoholic cop Lou Garou to black out and wake up in unfamiliar surroundings, but lately things have taken a strange turn. Crime scenes seem oddly familiar. Lou’s senses are heightened, and when the full moon is out, he’s a rage-fueled werewolf. WOLFCOP is one cop’s quest to become a better man…one transformation at a time.

Quite possibly our favorite Friday the 13th film of all time! Jason’s back, and yes, now he’s an immortal supernatural zombie. How will they kill him for good? It won’t be in Manhattan or outer space, that’s for sure.

EXTRATERRESTRIAL (2014) Philadelphia Premiere
(Director: The Vicious Brothers, Writers: The Vicious Brothers)
A group of friends on a weekend trip to a cabin in the woods find themselves terrorized by alien visitors, who promptly chase everyone all over the place. So it’s a slasher movie, a suspense thriller, and a pretty gruesome alien abduction tale all at once. Plus it’s got some solid humor and an amazing final shot. From the directors of the found footage horror flick Grave Encounters. Oh, also Michael Ironside pops up!

Angela is back (well mostly) for another outrageous summer of killing people at summer camps. And because we’re at a summer camp, this film will be screening on a loop, all night long, on our “2nd stage”. Really, it’s just a giant white wall that we’ll be projecting the copious amounts of gore and nudity onto, but nonetheless, you should feel comfortable knowing Sleepaway Camp 2 will ALWAYS be on to make you a happy camper!

ABOUT THE AWESOME FEST
Established in 2010, The Awesome Fest has show-cased well over 150 Philadelphia Film Premieres in some of the city’s most unique venues and non-traditional outdoor spaces. The citywide free summer series is recognized for its themed events and innovative approach to programming. It has quickly become one of Philadelphia’s most popular outdoor attractions.

Further underscoring its position as a leading curator and home entertainment provider of many memorable cult movie classics, Shout! Factory is proud to present SCREAM FACTORY™, a DVD & Blu-ray brand created to focus on notable (and underrated) horror, sci-fi, thriller films from the past that have massive cult followings. Beginning in June, the series will also begin to introduce and include recent contemporary genre films that have been acquired.

Scream Factory™ (an Awesome Fest favorite), will be releasing the long awaited blu-ray of PUMPKINHEAD (collector’s edition) on September 9th, 2014.

Situated on almost thirty-five acres, Adventureland Day Camp is comfortably nestled between the woodlands of Bucks County and the banks of the Neshaminy Creek in Bensalem, PA. An A.C.A. accredited camp, Adventureland has been owned and operated by the DeVicaris family for 51 years. The camp has built a reputation of quality and excellence in the greater Northeast and surrounding communities by providing a superior Day Camp program for children and young adults.