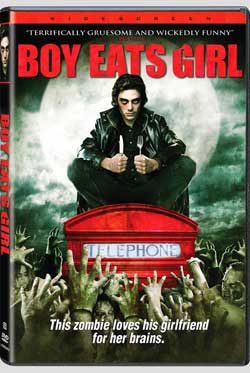 A boy declares his love for his girlfriend, only to die the same night. He is brought back to life by his mother as a flesh-craving zombie, who sires more teen undead while trying to control his, er, appetite for his beloved.

Boy Eats Girl, the Republic of Ireland’s solution to the lack of teenage romantic-comedy zombie films.  This incongruous combination of genres surprisingly works well.  To presumptuously project on the matter, generally, Ireland does not produce many films popular in the States.  Aside from its novel genre bending, Boy Eats Girl provides a refreshing window into contemporary Irish adolescent life for the provincial American.  Assuming the wildly popular American genre, the zombie film, the Irish approach adds flavor to a story told time and time again.  Though not quite horrific, the film’s strongest asset lies in its humor—wickedly dark and culturally rich.  A bit trite in its young adult themes, but interesting nonetheless, from its sudden start to absurd finish. 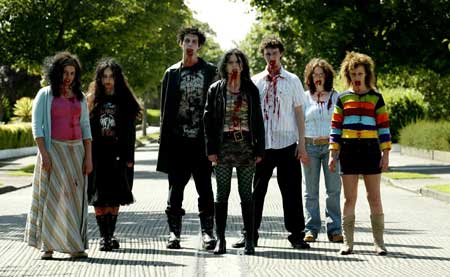 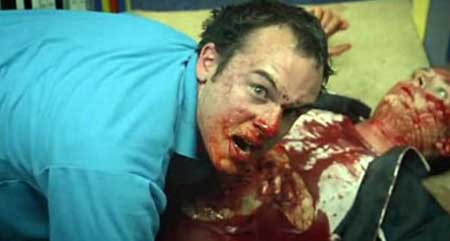 It starts with a woman donning spectacles curiously searching through a mysterious and dark crypt complete with lighted altars beneath ominous skull-headed statues.  She finds a spell in a voodoo book, nefariously named “La Reanimation.”  An old codger—the type you’d imagine spanking naughty little boys in schools of the theocratic kind—pops out of nowhere demanding to know why the wanderer peeks her nose in the “deconsecrated resting place of the missionaries who strayed from the path.”  Already, the film foreshadows its coming undead, commendably utilizing the actual origins of the zombie myth—Caribbean voodoo and reanimation, versus what we think of as resurrection by infection or mad science.  However, despite the origin of what is to quickly accumulate into a massive outbreak, the spread of protagonist Nathan’s “condition,” has little to do concerning voodoo or magick.  After a rowdy scramble and accidental bite by the first infected, the film begins to more and more reflect the typified zombie motif—ultimately mixing demonic zombie with the biological. 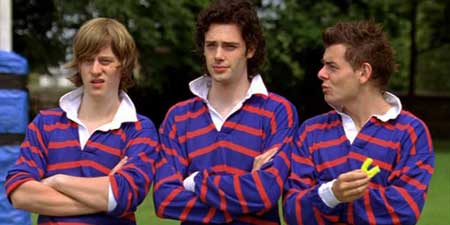 After the eerie scene in the forbidden crypt, the movie shifts to the humdrum life of modern Irish teenagers, complete with angsty music.  Here, we are introduced to Nathan, our dark-haired heart throb who silently pines for best friend Jessica, played by the illustrious Samantha Mumba in her early years.  Like in all teenage romantic comedies, several obstacles bloke the two lovers from uniting and confessing their undying love—such as Jessica’s overbearing and asshole father, Mr. Frears, and Nathan’s paralyzing fear of sabotaging said friendship.  Fed up with the situation, Nathan’s friends set up a rendezvous between him and Jessica, unbeknownst to him.  Caught in their trap, Nathan waits for Jessica, who, locked in her room under the heavy thumb of her father, sneaks out later than the appointed time.  Of course, Nathan, impatient, runs out to meet her at her home, after she abandoned ship.  After some blunders including a false report from her father and an impromptu car ride given to Jessica by sleazy womanizer Kenneth, Nathan now believes the long-time object of his affection to be unfaithful.  He coldly scolds her with cruel words and like a tragic Romeo figure, contemplates suicide. 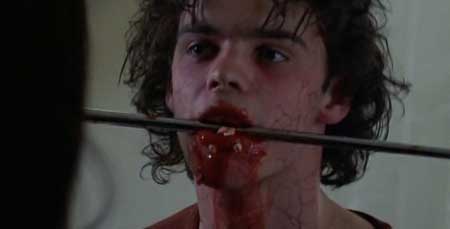 In this moment, some of the film’s ripest dark humor comes to full blossom.  Nathan stands on a wooden chair with his neck secured in a noose, close to committing to the dive.  But logic prevails, and Nathan realizes the overdramatic nature of his decision, declining to succumb to his consuming sorrow.  However, before he can step down, his mother unexpectedly enters the room, sending Nathan crashing down on the noose anyways…you can imagine what happens next. 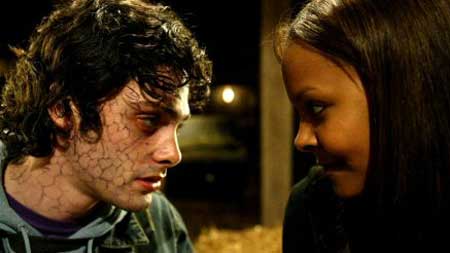 His mother successfully uses the spell, returning Nathan to the mortal plane with the insatiable urge to consume mortal flesh.  High school brute Samson bullies Nathan, causing the undead to somehow bite Samson and turn him into a mindless zombie thoughtful only for his urges to eat human meat. Why only Nathan is self-aware until the very end is never explained.  The paradoxical demonic virus spreads quickly, infecting the bulk of the town.  At its climax, Nathan, his friends, and Jessica kill nearly everyone by either burning them in a barn, or grinding them into chunks of splattering rotten meat with a tractor (beautifully done).  These events of course transpire before Nathan’s mother haphazardly finds a cure by a snake’s venom (an interestingly new approach to a cure), bringing the now virus back to its voodoo roots. 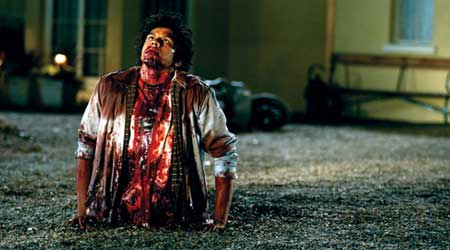 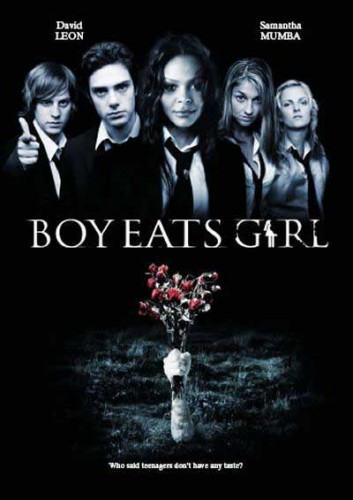 Despite all the carnage, Nathan and Jessica still find the moment to confess their love and finally kiss, concluding the movie on the darkly whimsical note it began on.  Ireland’s response to Shaun of the Dead, Boy Eats Girl may proudly take its place among the comedic horror films of today.  Its characters, ironies, and fresh takes on the genre, win it the charm deserved.  Although not perfect, a bit too high school at certain points, and leaking with plot holes, audiences can count on enjoying the uniquely Irish ride from beginning to end. 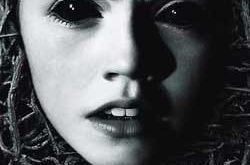