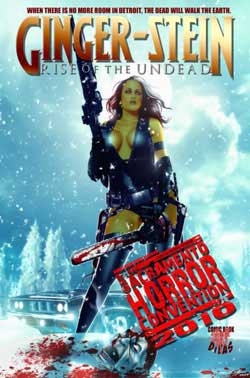 “Two months after the outbreak of an ancient necromonic disease in Detroit, Michigan, the US Government is longer able to maintain control of contagion. Panic has slowly gripped the unwitting populace. The politicians are unable to decide an effective course of action. The best doctors and scientists have given their very best, only to meet with failure. The virus is 100% communicable and absolutely lethal, infection meaning the end of life as we know it and the reanimation of the corpse left behind. And it is spreading faster with each passing day. On the eve of the day that has been predicted to be the end of the world, December 21st 2011, one of the key players in the cover up regarding the living dead is confident he has secured the safety of himself and his mistress from the coming apocalypse. Little does he know that the infected citizens he used to protect have followed him to his remote retreat, and with them they bring the plague to end all plagues. And following close behind is the one woman who has the ability to save not only his life, but the lives of every living person on Earth.”

Artwork: 3.5 out of 5
Now I don’t know if there is a technical term for this style of art, there probably is, but I will call it Photo-Realistic-Comic-Fundom. Adding the “Dom” really sealed the deal didn’t it? Alright so what we have here is a style you don’t see very often but it works very well. Now doing what I do professionally, I can tell certain things that were done to manipulate the panels, but I don’t think that the average viewer could. So great looking pages that really only get brought down by the speech bubbles leave this as one great looking book.

Story: 3.0 out of 5
So the story was really something I didn’t expect to read. I have to say I kind of thought that with “Stein” in the title I was going to get some killer Jewish people or something Frankenstein related. Instead I was treated to an interesting zombie story with one sexy ass killer. The dialogue was kinda of choppy throughout, but I did like the concept overall. So in the end the concept wins out, especially since it is just a preview issue.

Dying Breath: 3.5 out of 5
So the artwork is stronger than the story in this preview issue, but there is some good potential for where this issue is headed. I think that the Photo-Realistic-Comic-Fundom style does take some getting used to, but it can work. Just maybe a new way to do the speech bubbles. Like I said though, I liked it, I would read it again and I want to read more. I think something is here, it just needs more than 14 pages to really flesh it out fully. A good start and worth picking up to get an idea on what is to come.

If you would like to buy or know more about Ginger-Stein you can find it at comicbookdivas.com/gingerstein/ 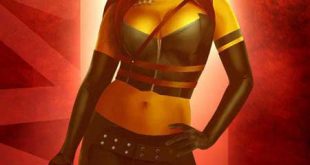