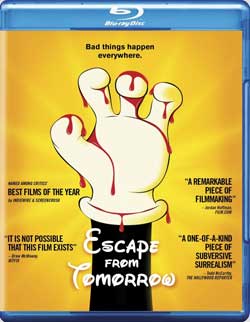 In a world of fake castles and anthropomorphic rodents, an epic battle begins when an unemployed father’s sanity is challenged by a chance encounter with two underage girls on holiday.

Directed and written by Randy Moore, “Escape from Tomorrow” is a film with purpose. Positioned to be a parody on the Disney way, Moore has created that which should not exist. The extras on the disk go into greater detail on this aspect, however what viewers should appreciate here is that this is a guerilla shot project that was done without the park’s approval. The film is in no way Disney affiliated, though is shot entirely at Disney using paid actors, a camera crew and all the various park imagery and characters on a shoestring budget. In other words, they got away with it, found the loop hole and have taken it from idea to actual product release. 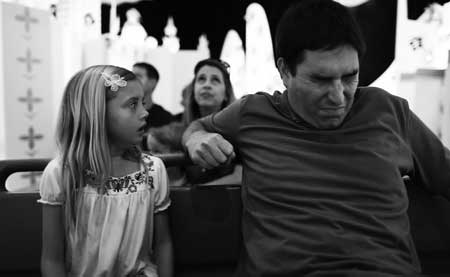 On top of all that it is done well! Yes, some how they were able to grab cinematic shots over “just” typical cam shot footage shots. Alot of viewers might not make this connection as a avenue of appreciation but it should be pointed out as a this film’s milestone.

The film is of course a work of fiction taking a rare stab at the castle-fantasy world of Disney and dropping a story in the middle that is offbeat, quirky, and sometimes dark. The irony here is the parody and the contrast of our typical “spend a day at Disney” scenario. Filmed entirely in black and white, the film centers on a single family of 4 people. We have the husband and father Jim (Roy Abramsohn), his wife Emily (Elena Schuber) and their 2 children Sara (Katelynn Rodriguez) and Elliot (Jack Dalton). The 4 of them are on their last day of vacation with a fun filled day planned to visit Disney and the Epcot center. Jim is awakened to a phone call early morning informing him that his job has been terminated. This begins the dark cloud looming overhead as Jim pretends to his family that all is well. 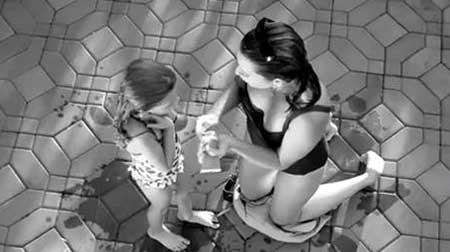 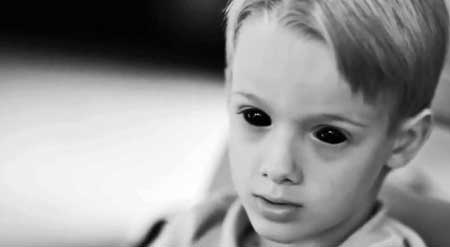 What is fascinating about “Escape from Tomorrow” is the slow grind of anxiety building littered with a typical tense husband and wife relationship that grows more uncomfortable as the film winds thru. We get a firm helping of “Disney” moments that are increasingly overshadowed by a number of troubling elements. The movie begins with a foreign pair of young teen girls who seem to appears at almost every ride and location that Jim visits. As they hum, laugh, and sing their way thru most of the film, Jim becomes infatuated with the underage pair teetering on a fantasy driven obsession that further drives the level of uncomfortableness of the film into Jim’s imagination. 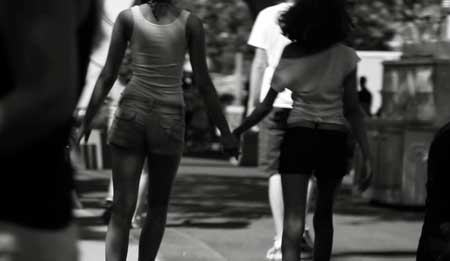 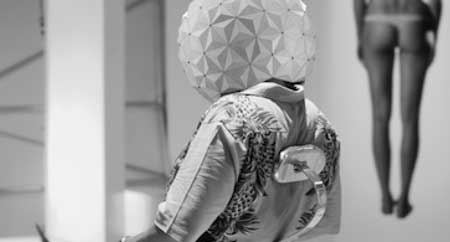 His actions change from coincidental to stalker-like. This of course occurring as he takes son and daughter thru the various rides. Emily who displays a extreme lack of romance in their relationship, also adds tot he pool here by her constant complaining and buzz kill approach to what should be otherwise an eventful fun filled day. Elliot only really desires one wish from the whole experience, to ride on the buzz light year ride. Elliot’s frustration transpires into a sense of heightened coldness that rides into the film’s final act. 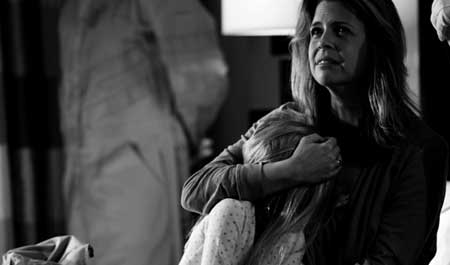 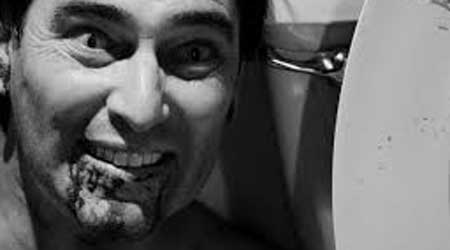 Jim starts to hallucinate as ride characters begin to transform into teeth-bearing demons of sorts. It’s all very subtle but demonstrates the change in emotional content and the psyche of the intensity builds. In short, the family experiences more disappointment, stress and bickering than what we would expect from the day’s visit. Jim even somehow manages to cheat on his wife during the whole ordeal while encountering a range of strangers who further drive the fantastical element. 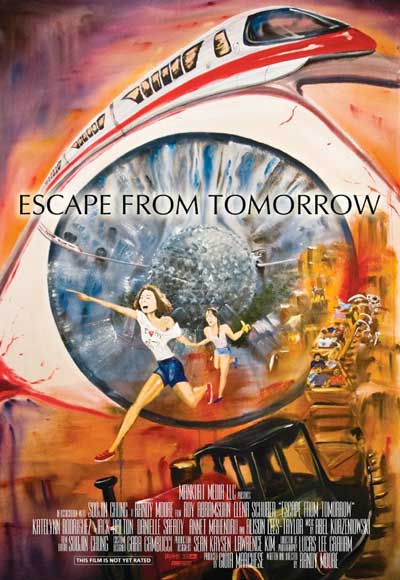 It was clear to me that Randy Moore was trying to make a statement about things being fuzzier than what we perceive. The movie ” Escape from Tomorrow” only drives this aspect deeper wrapping the ordeal into a surreal Disney filled approach. While Disney is the theme’s focal point, I do believe that it only deepens the message about life not being always what its cracked up to be. 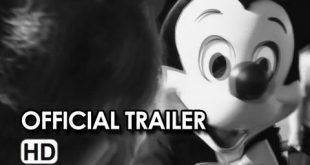 Check Out A Very Surreal Trailer For ESCAPE FROM TOMORROW 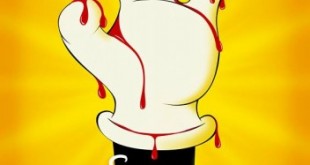 One Sheet For ESCAPE FROM TOMORROW Is Nothing Short Of Awesome!