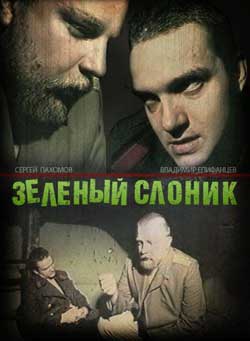 The Green Elephant is a 1999 Russian art-house and slasher gore film directed by Svetlana Baskova.

If you are looking for a movie that will leave you disturbed and confused, and may just haunt your dreams for a few days, let me tell you about The Green Elephant. Here we have a shot on video, bizarro classic that ran the art-film circuits back when it was first released in 1999. It is a film directed by a woman named Svetlana Baskova (a young Russian director who makes films that seem to be part arthouse, part John Waters, and always with underlying social messages about the society in which she lives) and starring a total cast of just four people. In fact, most all of the movie revolves around two or three separate rooms, making us feel claustrophobic throughout. You will be disturbed, this I can almost promise you (I don’t know you, so I don’t want to assume on a friendship, but believe me when I say this one is out there). 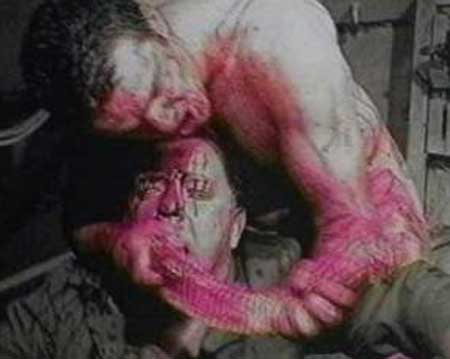 Two men are locked in what looks like a small room of a basement. There is a large pipe at head level, and a weak trickle of water dripping down in the corner. The whole thing looks a lot like a home movie, like an August Underground film in the way that it is shot. The men seem to be soldiers of some kind, but much like in Kafka’s classic paranoid novel, The Trial, their alleged crimes seem to be unknown, as do their names. One of the two men talks non-stop. About his exercise routine, about his sexual experiences, about making a checker board out of dirt and cigarette papers, about anything and everything that pops into his confused little head. The other guy starts losing his mind and just wants him to shut up. Things get heated between the two. But we have to wonder, is it each other they have to worry about, or is it the people holding them captive? 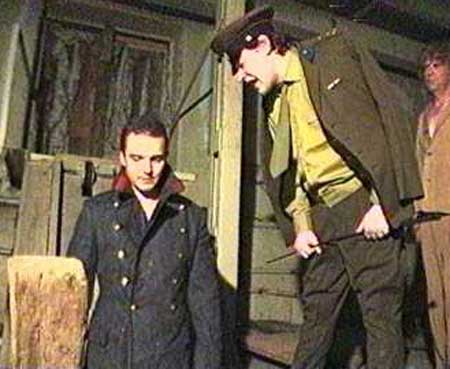 Turns out, it’s a little of column A, a little of column B. The talky guy has pretty much lost his mind, and after the other guy gets back from having to clean a filthy toilet with a fork, it just gets worse. To the point where they go to sleep just so that no one can talk anymore. Problem is, the talky guy doesn’t know he’s crazy, and so he wakes up early and tries to be nice by giving the other fellow a present: a plate full of fresh poop. Well, before he offers it up as a gift, he makes sure to rub it all over himself and eat some too, and pretty much gets it all over the floor. But it’s the thought that counts, right? 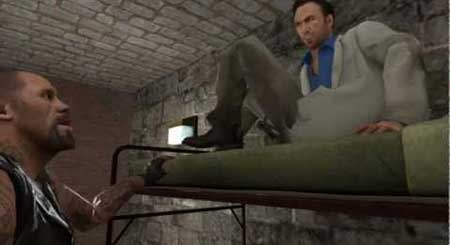 Eventually the whole situation deteriorates even more, with a Captain of some kind coming in and questioning the talky guy, and then the two prisoners are put in the pit where they endure further humiliation. And then all Hell breaks loose and a bloodbath ensues. Rape, beatings, killings, disembowelments, it’s all fair game in The Green Elephant (so named, by the way, after a song the crazy talky guy makes up while his cell mate is off cleaning the toilets). There are only four people in the entire movie, but there sure is a lot of blood to go around. 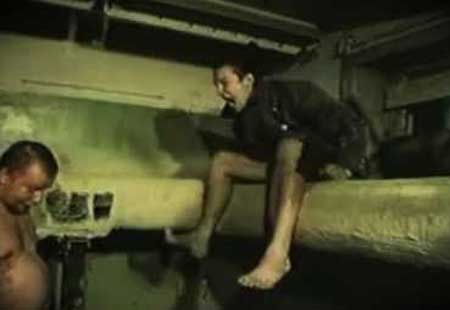 This reminds me somewhat of The German Chainsaw Massacre, where I am sure there is a much deeper underlying social commentary woven into the storyline, but not knowing the history I can’t say for sure what it is all about. The reason they are both effective, even without knowing the behind the scenes details, is because they also successfully tells their own story, albeit crazy ones. There is some shaky, home video style camera work throughout, but that just makes the movie feel more realistic as opposed to poorly shot. The whole beginning is somewhat confusing, which can make it seem a bit slow, but once the maniacal events of the second half kick off, it’s almost more intense and disgusting than you were prepared for. There are four ugly characters that do ugly things to each other, and along the way we realize they are all mentally disturbed in one way or another. 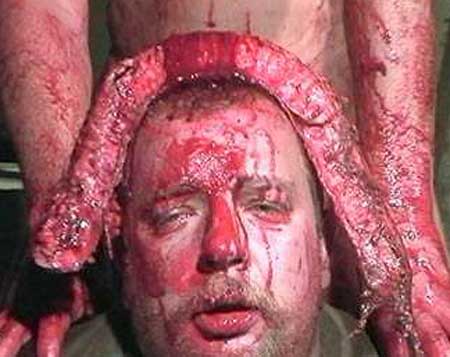 By the end, we find ourselves asking a lot of questions; of ourselves, of the director, of our television screens. What did we just watch? Why did these people do what we just them do? What does it all mean? I can’t answer those questions, but I can tell you that it is an experience that I am happy to have gone through, and I’d definitely be interested in checking out more of Svetlana Baskova’s movies.