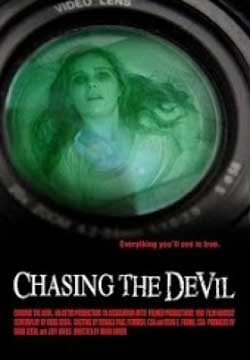 Patrick McCord doesn’t accept the explanation of his sister’s mysterious death as suicide, and instead teams up with a team of paranormal investigators to delve deeper into the inexplicable circumstances that surround what he believes to be murder.

Demonic possession has been getting a lot of play in Redbox kiosks and Netflix queues these days.  Since “The Exorcist” threw down the gauntlet by inspiring mass hysteria and controversy in 1973, it has not been an easy task to achieve the same effect when pursuing a similar cinematic angle.  So many have failed to register beyond a half-hearted “meh”, they might as well be one in the same film. 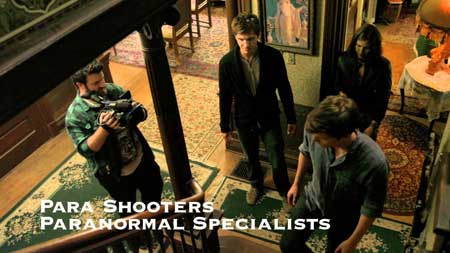 Adding further to that “The Last Exorcism of Emily’s Rite to the Devil’s Due” casserole is director Mark Haber’s “Chasing the Devil.”  I know precisely where in my fake bastard title this one is going.  A veteran of television (“Rizzoli & Isles,” a “Nightmares and Dreamscapes” segment), Haber and writer Douglas Segal faithfully follow the same paths laid out in decades past with only a few odd detours.  “Devil” serves up one or two bona fide chills amidst the many unintentional giggles as it promises nothing short of an Apocalypse in the “love-it-or-be like everyone else” format of the found footage movie.

If you’ve stopped reading, I forgive you.

Yes, our latest offering is that guy from high school still wearing his varsity jacket of a subgenre, found footage.  It did slyly sidestep the age-old question of “Who edited this?” right from the gate, which was a pleasant initial surprise.   A nervous Patrick (Tim Phillipps, and SPOILER ALERT: he’s an actor) introduces himself directly to the camera, stating he’s had the following video edited to use as evidence.  This explanation also comes with a warning that no one outside of the authorities should view the contents of his recordings, for everyone who had before died under mysterious circumstances.  Nice touch. 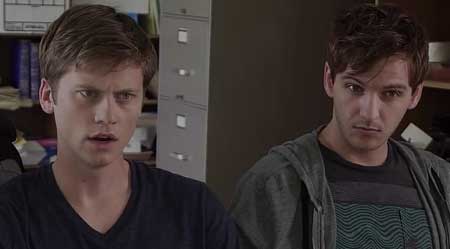 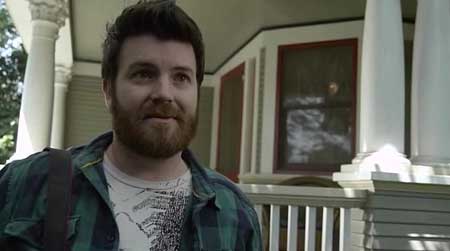 The investigation into his sister Annie’s bizarre behavior leading to her suicide is what follows, first detailing the preceding events of her questionable death.  One expository clip, in which she attacks the Pope on a trip to the Vatican, is outstandingly executed given the limited means.  Another, a shot of her hanging from a noose in her room at a halfway home, elicits confusion.  What kind of person thinks to preserve the memory of a sibling’s tragic demise upon the moment of discovering the body?  Who would do that? 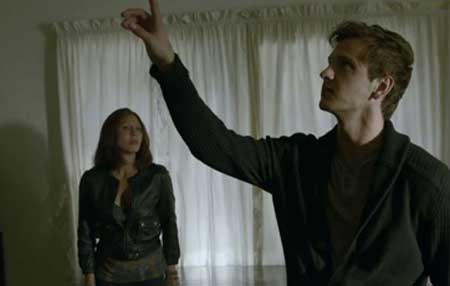 This is merely the beginning of logic gaps that “Devil” fearlessly bounds across.  Upon recommendation by documentarian pal Frank (Ary Katz, who remains behind the camera for most of the run), Patrick enlists aid from the paranormal reality series trio of the “Parashooters.” You read that name correctly.  They’re the typically bland gaggle of good-natured skeptics, consisting of host Becky (Vivian Dugré), technician Grant (Chris Yule), and of course the unavoidable character of resident psychic Thomas, played by Cory Knauf of “The Hamiltons.”  They immediately set up cameras in every conceivable crevice of Patrick’s sprawling family estate.

The inspection of Annie’s boarding house room quickly turns sour once Thomas begins choking and Becky is thrown across the floor.  This is accompanied by blood running from nowhere down the wall, spelling out Latin numerals.  After having it tested by a cop friend who casually gives him the owner’s name and address without so much as a follow-up question, Patrick and company arrive at the residence of an accountant and ex-convict.  This random individual declares “I have something for you” before burying a kitchen knife into his own eye to the hilt, leading them to further digits within the puddle of his blood spilled on the counter.  This is as close to enigmatic as the clues ever reach, friends. 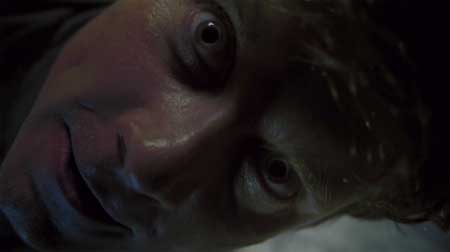 Successfully avoiding arrest or even a side trip to the police station for questioning about the incident they’d just witnessed, the gang invites further incredulity by correctly surmising that the two numerical codes must be a social security number.  No sooner can you wonder if the malevolent forces at work here are former “Blue’s Clues” writers, the investigators are outside the door of teen Hayley (nicely portrayed by the underused Elise Eberle), speaking with her parents about her recent rash of irrational acts.  This excursion also ends badly that evening, as even more innocents are tossed about flickering lamps while Hayley bellows in tongues from her bed.

“Devil” glides along on this structure throughout, meandering from one set piece to the next without too much thought put to connecting them.  The surrounding mystery is trite at best, especially in moments such as when the “demon” (or Satan or whatever) literally spells out one of the hints for the leads.  Though pondering too deeply upon the film may unfairly damn it, to ignore these countless instances would be neglectful of my humble duties as well.

Haber keeps things moving at a decent clip into the senseless “Evil Dead” wannabe of a finale, complete with a body-hopping spirit and protective talismans that no one seems capable of simply holding on to.  The visual effects, blending both practical and digital technology, are expertly handled as well.  CGI blood spray is never a welcome guest into any horror fan’s abode, but within the film’s hand-held framework it wasn’t quite as obnoxious as is usually the case with computer-generated gore displays.  The performers are all fair game for the tomfoolery that abounds, given that the roles never register far above the rote personas (SPOILER ALERT: almost everyone dies almost all of the time in found footage movies) we’ve come to expect.  They’re all just meat for the beast, as it were.

Bringing a few interesting ideas to the table and ditching them in favor of spook house scares, “Chasing the Devil” is slickly produced bunkum that succeeds in its primary focus of avoiding tedium.  Setting a few more goals and attaining them (some semblance of consistency, for instance), would have certainly helped both movie and viewer as well.