Home | LOCKED IN A ROOM Moves to Germany

LOCKED IN A ROOM Moves to Germany

What started as just a tiny dream to make a film, has now grown to reach the international radar. The new artwork for Germany’s release of the indie Horror/Thriller LOCKED IN A ROOM shows how far this little film has come. From vision, to script, to filming, to the San Diego Black Film Festival, to acquisition by Beverly Hills based Echo Bridge Entertainment, to now Germany. LOCKED IN A ROOM was produced in Detroit Michigan by At Risk Entertainment under the SAG/AFTRA Ultra Low Budget agreement, and even though the film is without any promotional funding, it has jolted into a international release. 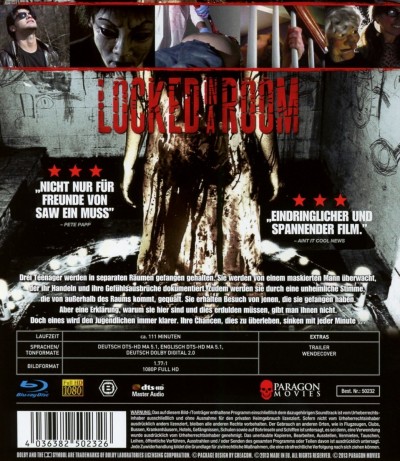 Brokered by Lansing based Collective Development Incorporated, LOCKED IN A ROOM has a new deal with MIG Film Group which now has the film available in Germany, Switzerland, and Austria. A little known fact for filmmakers and audiences is the importance of an M & E version of the film, so that if indeed a distributor wants to dub the film in other languages, they can.

Panetta Studios of New Jersey did the M & E for LOCKED IN A ROOM, making it attractive to distributors in international territories. “We love the new artwork for our picture and look forward to working with Collective Development and MIG in the future”, says Larry Simmons, CEO of At Risk Entertainment.