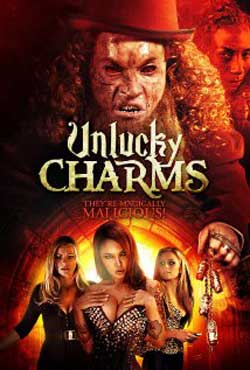 Five girls vie for a chance to model diva Deedee DeVille’s fashion line, but they’re soon competing for their lives against four mythical beings, led by the mischievous Farr Darrig.

There was a time in my youth, during the wonderful heyday of “Garbage Pail Kids” trading cards/stickers/unchewable gum, that I recall one of the many lesser successful coattail riders of that particular medium.  It was a series of twisted takes on breakfast cereals, and one such casualty of their satire was the “magically delicious” (I personally always felt that the marshmallows tasted like Styrofoam dipped in poison) Lucky Charms.  In this novelty nightmare scenario however, the name of the morning sustenance was “Unlucky Harms.” 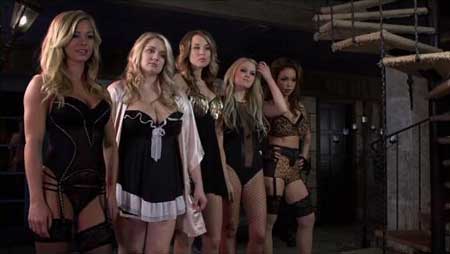 I relate this story because albeit silly, “Unlucky Harms” is actually a cleverer moniker than “Unlucky Charms,” the title of the latest from director-turned-creepy uncle with a studio, Charles Band.  If anything, the former certainly commits, changing up both words for it darkly comic purposes.  This may read as quibbling over meaningless detail, but it’s precisely what is dead wrong with each and every facet of Band’s past couple of instant Walmart $5.00 bin offerings.  The man just doesn’t seem to give a rat’s ass about any of this anymore.  Granted, “Charms” is Shakespeare compared to last year’s offensive and moronic (not in a cool Lloyd Kaufman way, mind you) “Ooga Booga,” but that distinction alone isn’t nearly enough to hoist a film out of the toilet.

Borrowing from both the obvious (pick any random little person in prosthetics horror chestnut) and the not-so-obvious (1988’s “Spellcaster,” produced by Band), we begin in an enchanted realm occupied by angelic children and horrible little monsters.  Farr Darrig, also known as the Red Leprechaun (Nathan Phillips), opines to his miniscule mutant consorts (a banshee, hobgoblin and cyclops in the worst makeup this side of a junior high Halloween Dance) about lack of purity in the physical world.  When they discover that four ancient stones thought scattered across the globe have been recovered by a human, they return to Earth expecting to encounter a good soul in need of their supernatural intervention. 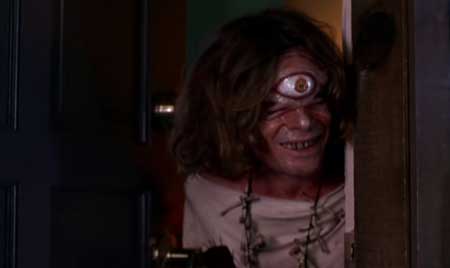 What they instead are met with is a reality competition program, in which five outrageously attractive female contestants compete for a contract to model the latest line of posh lingerie for designer DeeDee Deville (Jeryl Prescott, “The Walking Dead”).  It seems DeeDee had gone to great lengths to hunt down the stones (how she knew about them in the first place is anyone’s guess) in an effort to maintain her youth forever, and now Farr and his brood are forced to do her bidding whilst she remains in possession of them. This primarily involves killing one of the girls for her life force whenever the head diva starts showing a little grey at the temples. 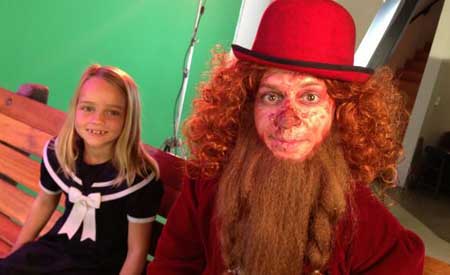 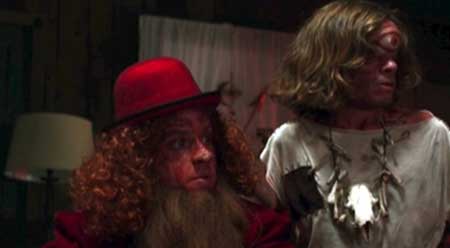 The concept of Farr and company belonging to the side of the protagonists and unwittingly forced through the magic of the stones to carry out DeeDee’s diabolical scheme is a lonely shot of originality into the tired premise, but even that is bungled along the way.  Farr laments performing murder against his will, yet seems to revel in the act when called upon to do so. His knowledge of everyone’s worst fears is utilized only once, then abandoned for cheesy neon beams of light from his hands that simply make the victims disappear into ether.  Instead of inventive kills stemming from his psychic abilities, we’re left with lackluster effects straight from an episode of “Sabrina, The Teenage Witch.”

For those who are aware what a pair of breasts looks like, Band and screenwriters August White and Kent Roudebush offer nothing even remotely in the way of entertainment here.  The brunt of the extremely brisk 70-minute run time consists of the models bickering at one another in their skivvies while Prescott, O’Connell and Peterson chew scenery in order to infuse some energy into their underwritten roles.  A few spare moments tickle the funny bone, but they elicit restrained chuckles at best. 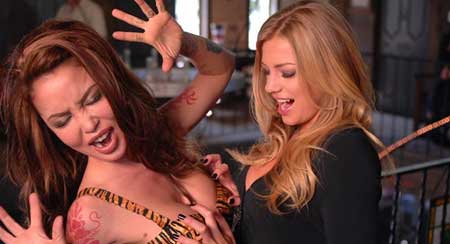 I remember when Full Moon put forth an effort to deliver the kind of straight-to-video horror that one would seek out for a quiet night in.  Nobody will argue that the “Subspecies” series or “Head of the Family” (my personal favorite) were enduring classics, but they were fun escapist fare made with obvious affection for the genre.  The references to Kaufman and his Troma releases are a telling insight into what Full Moon has become throughout the years.  It’s “Troma without balls,” and to be avoided by anyone over the age of twelve. 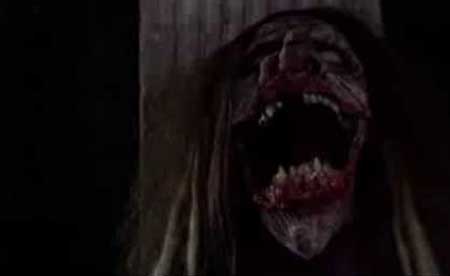 “Unlucky Charms” is indicative of this downward spiral, a film made without a shred of substance or even a sense of irony at the lack thereof.  It isn’t funny.  It sure as hell isn’t frightening.  It’s an empty canvas with a crude sketch of female genitalia scrawled in the corner.  It’s nothing.