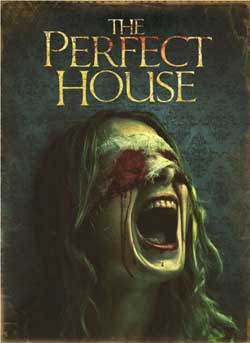 A young couple’s dream home turns into a house of horrors when the disturbing, violent acts of three generations of doomed families is reawakened for them to witness.

As I pressed the play button on my laptop to watch The Perfect House, I literally had no idea whatsoever of what I was in store for – obviously, from the title I could piece together a few suspicions, but as far as the storyline goes I knew nothing. It turned out that this feature length film was actually three mini films (or even four, if you count the wrap around pieces that link everything together). All of the mini films are connected by the fact that they took place in the same location – The Perfect House. 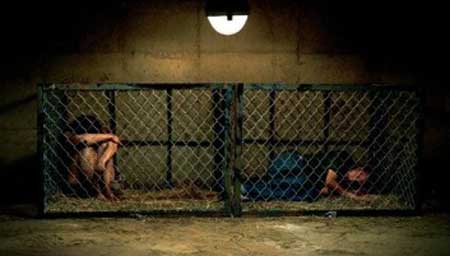 Our proper introduction to the house comes when we follow a young couple being shown around a house up for sale by a weirdly seductive, female estate agent. This is all very cheesy stuff, but it is supposed to be cheesy really. I suppose it’s seen as a light-hearted respite for all of the heavy duty stuff which happens in the other sections. As they get a tour around the place, we get shown three different stories about three previous owners of the house.

Story one tells us of a family who are huddled in their basement to hide from the storm. It is a dark and sinister atmosphere and this mood is enhanced when they each start getting killed. But who is doing the killing? What follows is a flashback into the unhealthy dynamic of the family to help shed light on their current dilemma. This is definitely the shortest and most succinct tale in the film, but it ends up being overshadowed by it’s bloodier neighbours. 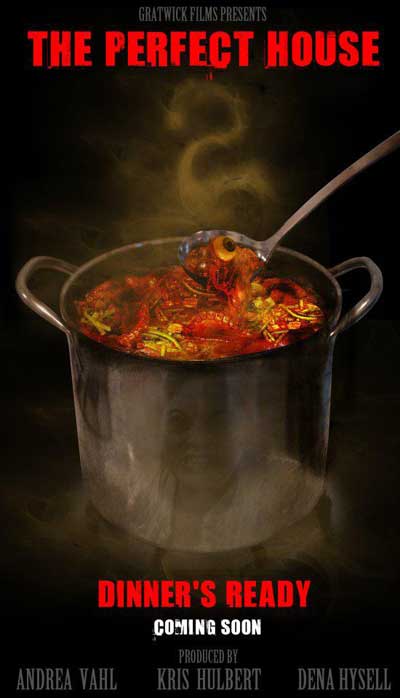 Story two tells us of a disturbed individual who kidnaps innocent people, puts them in a cage and then proceeds to torture them in new and interesting ways. However, he’s kept one girl alive for five years so that she can be his audience. She begs him to just kill her but even she seems to take pleasure in informing every new visitor of the cruel fate that awaits them. It’s obvious that the kidnapper must slip up eventually, but when? Will he finally tire of his lone audience member, or will she find a way to make her escape? This is my favourite of the segments because there seems to be an underlying black comedy to the whole situation (as funny as being caged and tortured can be, I suppose).

Story three tells us of a typical bratty American family who attend a dinner party at their neighbour’s house, only the neighbour manages to reach his breaking point with the lot of them. It starts with the news that the father threw away the neighbours weedcutter as he thought it was just a ‘pile of junk’, and so the neighbour ties the whole family up, one by one finishing them off in a decidedly brutal manner. He punishes the teenage daughter for being a slut. Makes the two brothers fight to the death to save their mothers life. And so on, until the grand irony of the moment where he kills the father with a new weedcutter that he bought. This is actually the idea that caused this whole film to be made! 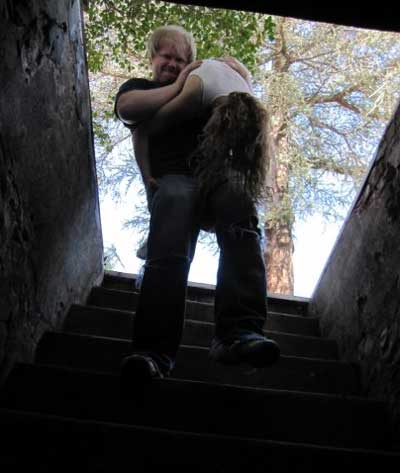 All of these feature murder, but as the filmmakers have pointed out, there are three different motives behind these murders. Firstly, family lies, secrets and paranoia. Secondly, senseless, righteous evil. ‘The kind of evil that feels entitles to kill and enjoys it. The evil all of us feel, but control’. And finally, moral superiority and revenge. I think these descriptions all sound rather grand and meaningful, but they are not necessarily coherent in the film itself.

I have to truly respect filmmakers Kris Hulbert and Randy Kent for their dedication to this project. Apparently, they had to pretty much beg for every single dollar, with their families borrowing money, getting second mortgages and using their retirement funds. The entire film was shot in just 12 days on a very tight schedule, with 15 amateurs in their grandfather’s basement, and they make a point of revealing that they had no idea what they were doing. And yet, The Perfect House looks slick and professional with fantastically realistic special effects. They were given an offer for the film, but decided to distribute it themselves as the company would not pay back their family and friends – something the filmmakers thought was too immoral to go through with. This gave The Perfect House the unique title of being the first film to be distributed via Facebook. Allegedly, they are going to release a free documentary that follows their trip across America where they gave away the movie for free to promote its release. 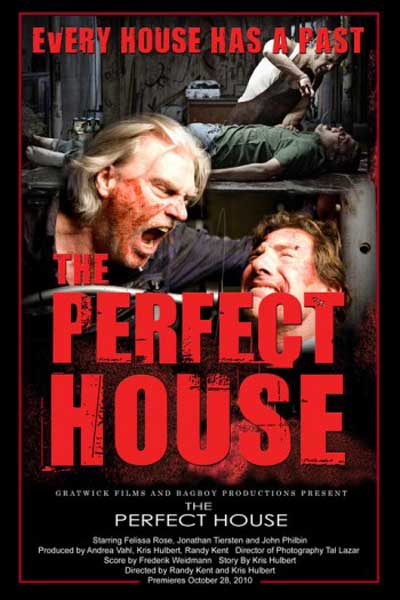 As is so common for the horror genre, a small amount of controversy has followed The Perfect House. I don’t want to dwell on it too much here, as it is no reflection of the movie itself, however I found it interesting to read about the whole incident. Basically, as the filmmakers had barely any budget, they used twitter to market their film. They would search for people on twitter who were talking about horror films and politely sent them a tweet introducing them to The Perfect House. One of these recipients was Fearnet reviewer, Scott Weinberg and he ended up writing a scathing review of the film. What followed was something of a battle between Scott Weinberg and the outraged filmmakers, who wanted to fight their case. They were accusing Scott of being a hypocrite as he actively condemned New York Observer film critic, Rex Reed, for only bothering to watch 20 minutes of V/H/S 2 before giving it a bad review, and the filmmakers thought that Scott did the same thing with The Perfect House. Scott refused to get into a further argument with them, despite the fact that they ended up writing a staggering four-page defence of their film, which addresses every point made in his review. 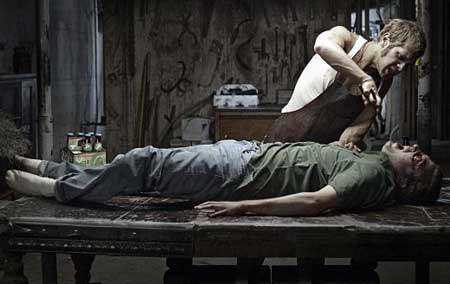 This is definitely not a film for the faint-hearted, and more for the fans of the gore movies like Saw or Hostel, or even more tongue-in-cheek films like The Evil Dead. Although the first story is a more muted affair, with only off camera violence, story two and three make up for this by amping the violence up to ten. My criticism of this would be that I actually thought that these two final segments were too similar in style, compared to the first one, which definitely had its own style going on. Despite the fact that the filmmakers describe story two as a reflection of ‘80s slasher’ type movies and story three as a ‘extremely modern graphic horror’, they seem awfully similar – with basically an unstable guy torturing innocent victims present in both.

The Perfect House is not scary, but rather, disturbing. If you can overlook some of the iffy dialogue/acting. It’s a great first attempt, that’s for sure.