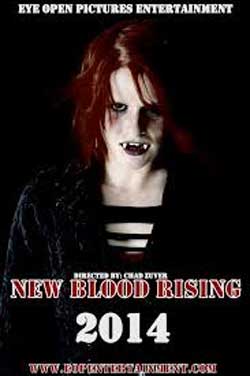 Jade and her two siblings are the last vampires in the world. In order to remedy the situation they target a young woman named Brie whose pure blood will allow the vampire race to flourish once again (and help Jade take over the world). Unfortunately for them a group of vampire slayers have moved in next door to Brie and are determined to keep her safe. Will Jade’s plan come to fruition or will the slayers make sure that the vampire race is completely wiped off the face of the planet?

As I’ve said before in previous reviews I’m just not that into vampires. I don’t think that they’re scary and I find them just very uninteresting in general. As with zombies I think that the vampire subgenre has been tapped dry and there really isn’t anything that you can do with them that hasn’t already been done over and over again. With that being said I thought that what writer/director Chad Zuver did with the vampires that appeared in New Blood Rising was somewhat original and I have to give him props for at least trying something different. I liked the idea of the entire race struggling to survive and unlike most vampire movies it could be argued that they were the victims this time around and the humans that are hunting them to extinction are the villains. I thought that the movie was pretty good in general and despite the fact that it has a few flaws I still dug it regardless. 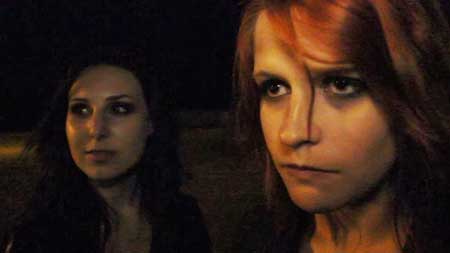 Some people may say that one of the film’s biggest weaknesses is the fact that it is very low budget but I have to disagree. I love low budget movies and think that in many cases the lack of funds on the part of the filmmakers is what makes their film great. You don’t have to have a ton of money to make an awesome film if you have other resources to pull it off (such as a compelling story and competent actors) and as a result I have seen a lot of low budget horror films that are a hundred times better than the majority of the crap Hollywood vomits into theaters that boast huge budgets and some big name actors that appear in them. If you ask me New Blood Rising has a ton of heart and it is obvious to me that Zuver and his crew put their hearts and souls into making this movie which is a hell of a lot more important than having an unlimited budget and some mainstream actor playing the lead in my opinion. I loved the low budget feel of this movie and think that it is part of the overall charm of it in general. Sometimes low budget movies are just good because they are low budget, and that is the case with New Blood Rising. 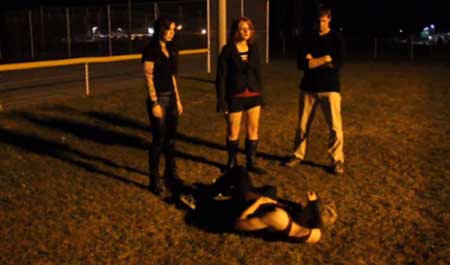 I was pretty impressed with the acting as well. For a group of relatively unknown actors I thought that the people who appeared in this movie knocked it out of the park for the most part. Kayla Elizabeth was awesome as Jade and Dana Furlong kicked all sorts of ass in her portrayal of Brie. While these two were good the person who stole the show was without a doubt Vanessa Leonard, who plays Jade’s vampire sister Ophelia (and I loved her character’s name, by the way). Not only is she a total hottie but she’s also scary talented to boot. She owns every scene that she is in and I was really impressed by her excellent performance. She has an awesome onscreen presence that most mainstream actresses would kill to have and I see a lot of big things in her future. Even though she really stands out the most in my mind I thought that the entire cast did a great job and I can’t think of a single person who appeared in the film who didn’t deliver. 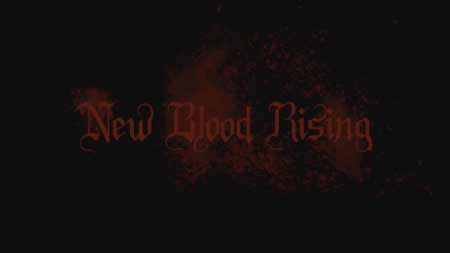 I thought that this movie rocked but I still have to point out some of the less than positive aspects of it as well. I thought that some scenes went on a little too long and were a bit dull. The pacing of the movie was a little too slow for me in general and I think that there could have been a little more action going on from time to time to keep things a little more interesting. I also wasn’t a fan of the ending as it pretty much ends on a cliffhanger and unless Zuver and his crew intend to make a follow up to it the conclusion is less than satisfying (I want to know what happens next, damn it!).

All in all I enjoyed New Blood Rising. I thought that it had an interesting premise and some pretty damn talented people working on it -both in front of and behind- the camera. I can see a lot of people really getting into this movie like I did (which is weird since I am not a vampire fan whatsoever) and I hope that the people behind it at least make one sequel to it to tie up some loose ends. Check it out if you are into vampires (or even if you aren’t) and if you love low budget horror, you won’t be disappointed. 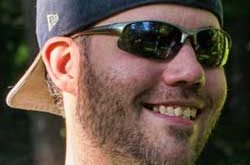 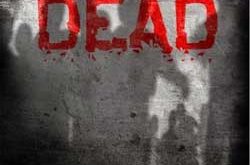 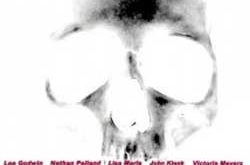