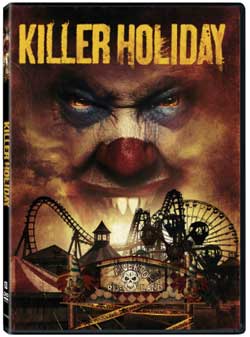 Killer Holiday is one of those movies that you start to watch with little to no expectations for, and you aren’t very surprised when it comes true. The first thing that you notice in this movie is the production company, that being Ridiculous Pictures, and that’s just what you get with this movie, a very thin plot with some oblivious twists at the end, actors that look the same and are sometimes hard to tell apart, and no character development (What Adam died, wait who was that again. Oh the guy that looks like that other guy).

That’s how this whole movie comes off, you don’t root on anyone, except for maybe the killer, and you could care less if everyone else dies in the end.

The plot is very simplistic, a bunch of teenagers go on a trip for spring break, after bad girl Taylor (Rachel Lara) final is allowed out of the house, but she makes sure to bring along good girl Cammi (Julia Beth Stern). They make a few stops along the way, a gas station side show attraction, a little shopping, and finally hunker down for the night at an abandon amusement park. They decide to break into the old broken down park and check out some of the old attractions, foreshadowing where the end conflicts are going to take place. 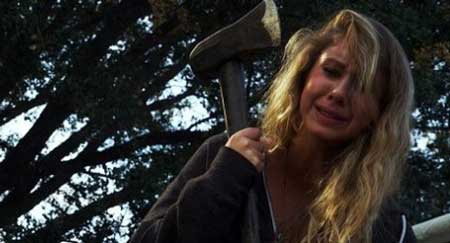 Once the sun is finally down, the group of friends sit down and drink around a camp fire, but after an argument over someone taking someone else’s guitar, leaves one of the guys angrily searching around, away from the safety of the group. And surprise, he goes missing, so now the group slits again, with some going to find the lost friend, and the others stay with the RV. This is where we first really get to meet Spider (Michael Copon), the killer and only character worth watching. He’s the son of the man who used to run the amusement park, and comes off with a carnie, showman type of feel.

Once again the rest of the movie plays out in the most direct way you could think of; Spider systematically kills off the teens one by one, until it’s down to the final girl. Then it’s time for the big twist that everyone has already figured out, and the reason why everyone has figured it out is because they show the same flashback scene throughout the entire movie. It then tries to leave the ending open with a cliffhanger, but for some reason I don’t think there will be a Killer Holiday 2, but then again I could be wrong. 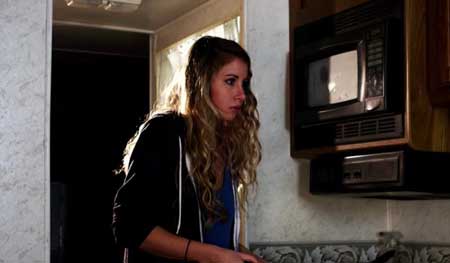 The worst thing about this movie is the lack of character depth, I know it’s hard to make interesting back stories for eight different people, but you can tell who the main three characters are and know right away that the rest are just fodder. This makes everything very predictable, and makes this movie very average. It’s not the worst movie I’ve seen by far, but it feels like they didn’t take any risks, and in the end we don’t get any rewards. I feel bad for the other actors in this movie, because they didn’t do a bad job of acting like a bunch of obnoxious teens (I hope that’s what they were going for), but they did the best they could do with the parts they were handed. 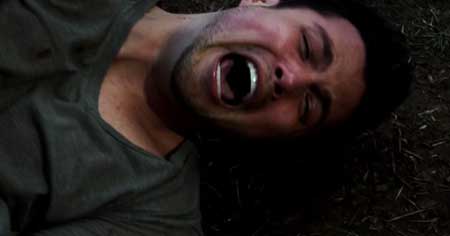 They seemed to miss the biggest opportunity that they had with having access to the amusement park. If they knew that they had free rein over the park, they could have made a more entertaining movie, something more along the lines of Dark Ride, or even an updated version of Funhouse. Even if they would have shortened or cut some scenes in the beginning of the movie so that they had spent more time at the park would have been an improvement. 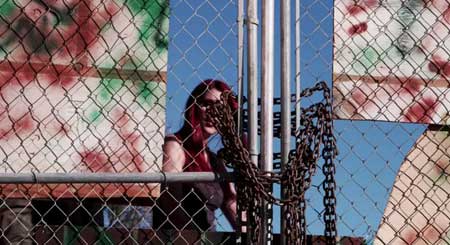 This movie is not going to lose you in its plot, nor is it going to leave you saying you couldn’t understand what they were going for; it is what you think it is. My advice is to skip ahead to when they make it to the amusement park and watch as the madman Spider picks them apart one by one. 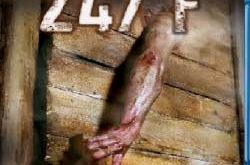