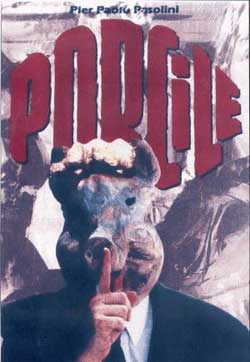 Two dramatic stories. In an undetermined past, a young cannibal (who killed his own father) is condemned to be torn to pieces by some wild beasts. In the second story, Julian, the young son of a post-war German industrialist, is on the way to lie down with his farm’s pigs, because he doesn’t like human relationships.

Porcile (which literally translates to ‘Pigsty’) is an abstract and tough movie to understand. It is written and directed by Pier Paolo Pasolini, who you no doubt know as the director of Teorema and The Hawks and the Sparrows (and another pretty crazy one that you may not have heard of, Salo, or the 120 Days of Sodom), so you probably already have an idea of what to expect. But this one is so obscure, so deeply symbolic, that it will easily lose a handful of viewers right from the start. It’s not that it is a bad movie, but it is a very difficult one. 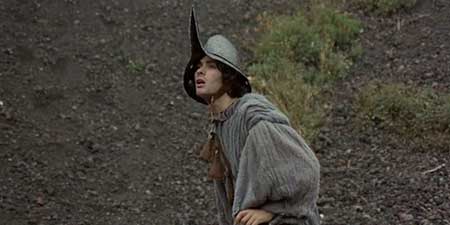 For starters, Pasolini opted to intercut two different stories on top of each other, creating a bit of confusion right from the beginning. It’s not the first time this has been done, but that doesn’t make it any easier to follow. If you’re anything like me, you’ll find yourself over-thinking why certain scenes cut from one to the other, hoping to read into the story to piece together what they mean as a whole, and soon you realize that you’ve lost track what is actually going on in the film. And I even took notes! 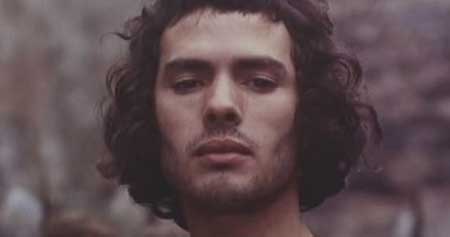 One of the two stories is about a guy alone in the middle of nowhere. He seems to be looking for food, at one point smashing a snake with a rock and eating it. In the distance, he sees an army approaching. As they pass, the man notices a solitary straggler far behind the rest. He attacks him, they fight, and the soldier loses. The man cuts his head off, throws it into a gaping, smoky hole in the side of a mountain (reminded me of the smoke monster from Lost), and then cooks and eats the rest of the man’s body. Over time, the man gathers a following. They see a naked man and woman standing in the distance who are eventually captured by soliders. Soon the group is also apprehended by the soldiers and brought before a judge/priest, then tied down to stakes in the ground. The main guy says he is guilty of killing and eating his father, and the soldiers leave. 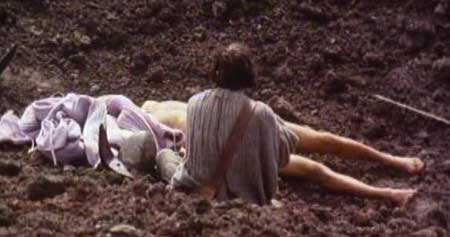 In the other story, which is slightly more straight forward, a young couple, Julian and Ida, discuss their relationship. Julian seems bored of everything; he doesn’t love anything, he doesn’t hate anything, he just kind of exists. This, of course, hurts Ida’s feelings. He ends up willing himself into a coma. His father, Mr. Klotz, and his political rival, Mr. Herdhitze, meet up and reveal that they each have a little bit of blackmail on the other; Klotz knows of Herdhitze’s past (allegations of Nazi like behavior), while Herdhitze knows Klotz’s son Julian has a proclivity, shall we say, for pigs, which somewhat explains the title. Once Julian has recovered from his coma, Ida visits and tells him that she has gotten engaged. He tells her he dreamt of pigs. By the end of the story, the two adult men have at least tenuously joined forces, and then news comes of Julian’s fate. 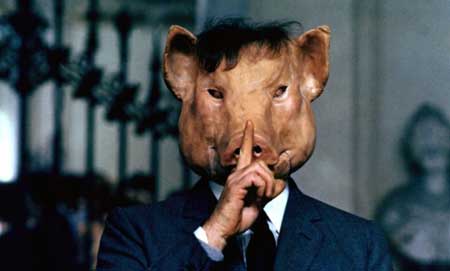 Throughout, Porcile is a very obscure and confusing movie, and I’ll be the first to admit that I probably missed something, be it a message or more obvious symbolism or a plot point that might have helped me make more sense of it. I don’t know if the two seemingly unrelated stories are supposed to make sense together, and if so, how they might. Looking at them as individual entities, they are artfully done, as would be expected of a film by Pasolini. The cannibal tale is on the confusing side and comes across like watching a nightmare, much like many of David Lynch’s films. The Julian and Ida story is a bit easily to follow, but not as intriguing as the other. Much of it is spent in bizarre and/or pretentious dialogue between any two characters, which no doubt conveys the message of the story, but feels much longer than it actually is. 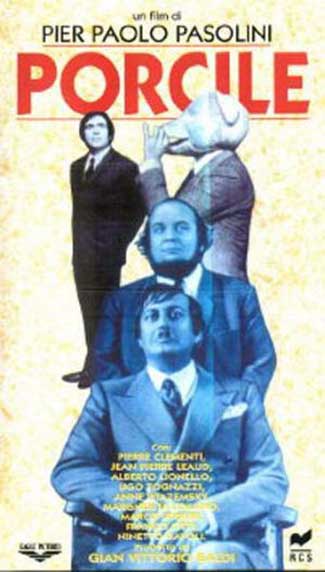 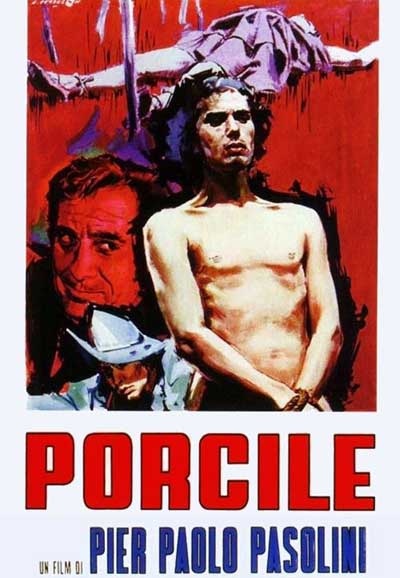 Many critics point out that this is one of the lesser loved of Pasolini’s films, as well as more abstract than normal. It is also one of the more bleak stories he has told, right there alongside Salo. It’s definitely a movie to see, but go in open minded and without expectations. Maybe check out some of the director’s other work first to get a feel for how he does things. Porcile is out there, not in an action packed kind of way, but more of a slow burn that does, thankfully, have a bit of a payoff at the end. If nothing else, even if afterwards you don’t come away with a deeper understanding than I did, it is still a somewhat enjoyable experience of mid-twentieth century European cinema. 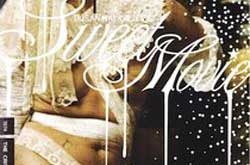