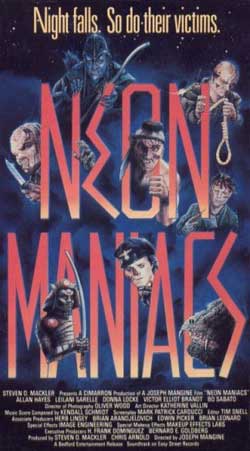 A group of teenagers in San Francisco discover a nest of homicidal monsters living in a tower of the Golden Gate Bridge, but when they try to tell authorities, no one believes them.

Once upon a time, back in the 1980s, the Return of the Living Dead-type horror-comedy experienced a moderate revival, although the Abbott and Costello Meet… films of the 1940s and 50s had previously combined horror conventions and vaudeville comedy. Of this mid-80s horror-comedy revival, some films worked and some didn’t (see 1986’s House, starring William Katt and George “Norm” Wendt). Neon Maniacs, which more or less works, needs to be considered as a hybrid rather than as a straight horror film. This is the sort of horror movie that calls back more closely to the 1950s and The Blob and monster-invasion movies than it does to the 1980s slasher that it might be initially dismissed as.

Neon Maniacs, in terms of its overall plot structure, bears an uncanny resemblance to the plotline of the live-action Masters of the Universe film released in 1987, a year after Neon Maniacs. Futuristic-militaristic miscreants erupt into the 1980s to menace young people. Here, the maniacs in question are a motley crew of monstrous, deformed warrior types residing inside San Francisco’s Golden Gate Bridge (for some reason). They only come out at night, and then only to slaughter vagrants and teenagers (why, I have no idea). These are some heinous customers (they’ve got a proto-Hellraiser thing going on) but they do have a notable weakness, especially given their decision to settle in the Bay Area: they are destroyed by water. As they continue their carnage and pursue a survivor of an earlier attack, our protagonist teens must discover and then exploit this weakness. How, you ask? By staging wall-to-wall mayhem at the “Battle of the Bands” and arming all the partygoers with water squirt guns, effectively saving the day (although it doesn’t work out anywhere near so neatly). 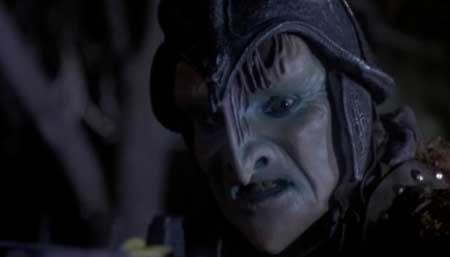 For what it’s worth, the maniacs of Neon Maniacs, despite looking like late additions to Mattel’s He-Man toy line, are actually pretty menacing and they quickly establish that they can go show up whenever and wherever they want (they make Skeletor’s henchmen look like the Golden Girls) and this includes a high school gymnasium and the subway. Neon maniacs go where they like, evidently. They could feel campy, but as a posse they pack a punch similar to the marauding knights of the Italian Blind Dead films. Despite comedic overtones in the movie, we do get some commendable carnage and the leads are likable enough, which goes a long way in this sort of thing. 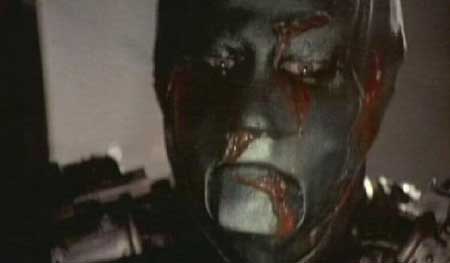 The film’s biggest problem? The film’s secondary female lead, a baseball cap wearing kid sister type named “Paula.” I’m not sure what to say about Paula. She’s this somewhat bizarre woman-child who just keeps passing through the movie and seems entirely superfluous. To say the least, it’s unsettling to see a woman in her mid to late 20s pretending to be a 14 year-old tomboy (whose character rips off the monster-obsessed Tommy Jarvis character in Friday the 13th: The Final Chapter). It’s an odd touch that never really pays off. 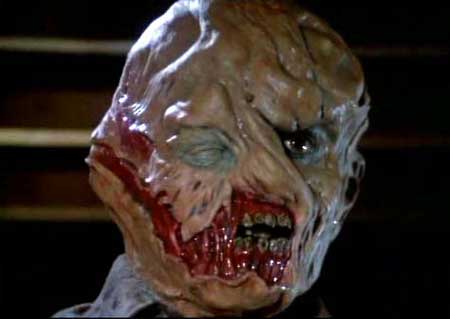 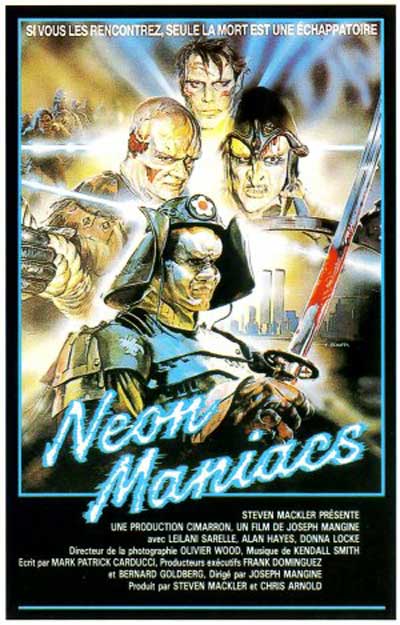 Be prepared that a significant amount of run time is taken up with the Battle of the Bands and the male lead singing with his band; it stops the movie dead and might account for how long the movie feels. Neon Maniacs, although overlong, works well enough and fits admirably into the horror-comedy tradition and deserves more attention than it appears to get from horror fans. This is yet another one to watch in a group, because while it is an effective film, you’ll spend most of your time laughing at the various excesses employed by the makers of Neon Maniacs in service of living up to that title.