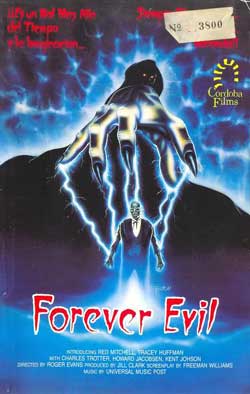 The sole survivor of a backwoods massacre investigates the incident with the help of a photographer and a police officer. Soon, it becomes clear that they’re up against nothing less than an ancient god!

Forever Evil has one of those unintentionally honest titles that pretty much sums up everything that’s right and wrong with a movie. Sure, there’s evil on hand and then some, but the “forever” is also apt because this one (at 107 minutes) is without a doubt a movie that could have benefited from some judicious editing. 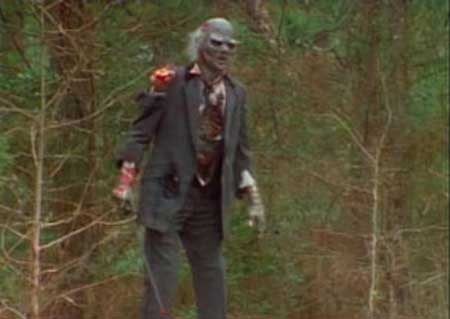 As it stands, however, Forever Evil succeeds as a very low-budgeted (and dare I say it idiosyncratic) mash-up of The Evil Dead (1981) with the supernaturally-tinged slasher movie of the late 1980s. Also included are elements of the crime procedural and a yearning to be an action-adventure movie alongside its more heavily emphasized horror elements, although to be fair I’m not sure I was ever really horrified. In other words, Forever Evil gives us everything, including the proverbial kitchen sink. 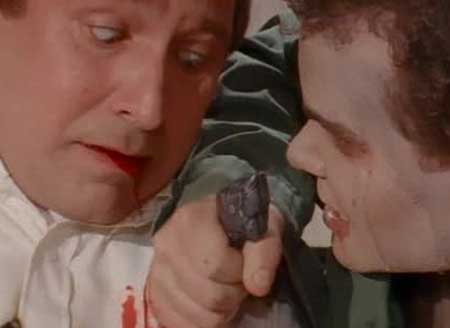 To summarize Forever Evil’s plotline is an undertaking akin to scaling a veritable mountain of narrative insanity. As noted, we really start off with a less atmospheric, infinitely more awkward Evil Dead scenario (I’m not even touching the shower abortion scene) with something unspeakable emerging from the woods to annihilate a group of young-ish people staying at a remote vacation house. The first act ends with only one male survivor being hospitalized before endeavoring to solve the mystery of whatever happened to him (and apparently to others, because our female protagonist is revealed to be the only survivor of a similar attack a few years before). 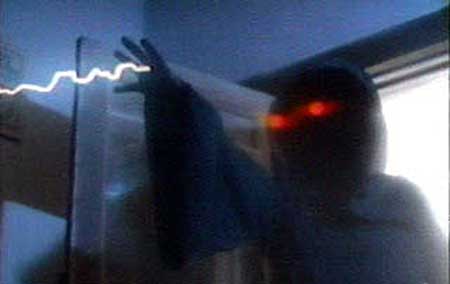 From here, Forever Evil goes off into a billion different directions including an awkward developing relationship between our leading man and his Pam Dawber doppelganger leading lady. Did I mention that the male lead is somehow independently wealthy and invents things in his converted garage command post/laboratory? No? They do get some answers to what’s going on, involving astronomy and black magic and shifty real estate agents). What I’ll remember is the laughter. 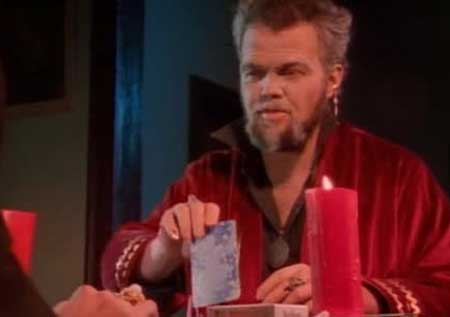 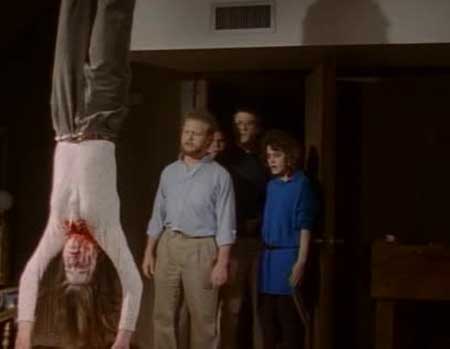 Call me suspect, but I genuinely enjoyed Forever Evil so I’m starting with the negative and ending with the positive. The casting was all over the place (I have to assume these people were owed favors or helped finance the movie), but the performances admittedly have an endearingly earnest feel. The story itself is a burlap bag stuffed with horror cliches and Forever Evil is hindered by its overall lack of direction and a complete absence of momentum. Seriously, this movie just goes and goes and goes until it slows down and finally just falls over. I’ve said before that Forever Evil is overlong and its big bad is a guy dressed up like a raggedy walking corpse in a bolo tie, which makes him look an awful lot like a zombified Reverend Henry Kane from the previous year’s Poltergeist II: The Other Side. He is also dispatched with distressing ease given all the build-up. 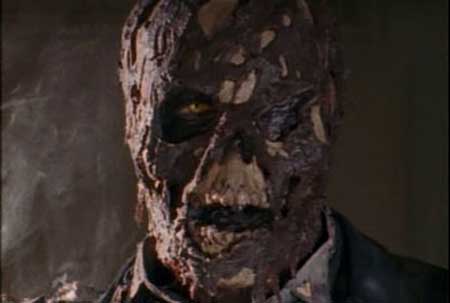 Having said all of that, Forever Evil is enjoyably awful mid-80s low-budget horror product and will make fine fodder the wisecracking and appropriately addled. It has what I call “that certain batshit charm” and I do recommend it for the cheese-and-heckling appeal alone. Somehow, it works despite its surface faults. Should you get a chance to view Forever Evil in a group setting, I will harken back to the sage advice given by one of my dead relatives: “Expect nothing and you will never be disappointed.” 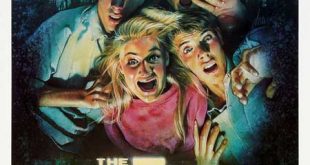