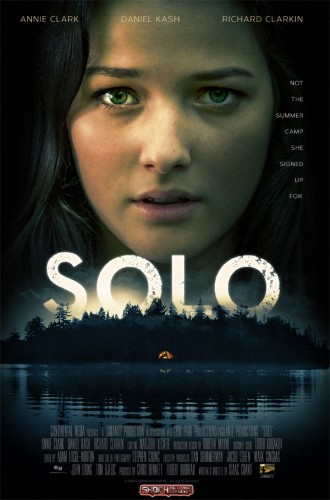 A teenage girl is terrorized when she spends two nights alone on a remote island as part of her camp counselor initiation.

The quickest way to see an indie film from the start to completion is to scale it all back. By keeping things small, a filmmaker (though it’s still a challenge) is able to keep things tight, especially if it’s their first foray into features. It doesn’t guarantee a successful film, but it does help to at least see things through to the end. After a series of acclaimed shorts, director Isaac Cravit has made the jump to features with a very small, intimate thriller known as Solo. It’s a short, tight, and captivating little film with a minimal cast that pretty much hinges on the performance of lead actress Annie Clark (Degrassi: The Next Generation) who effortlessly just knocks it out of the park.

After the loss of her sister, seventeen year old Gillian (Annie Clark) is having a hard time trying to cope with her loss. As an attempt at moving forward, she decides to spend her summer as a counselor at a small camp. As assurance she is capable of taking care of kids out in the woods, the head of the camp has her spend a couple nights alone on a small island which is located in the middle of the lake. After hearing about a little girl who disappeared from the island and various ghost stories told by the other counselors, she is a bit reluctant. Gillian knows it’s something she must do so she musters all her courage and heads to the island. At first, things are rather peaceful. After swimming, she runs into an older gentleman named Ray (Daniel Kash of Aliens fame). He appears to be fishing but once he finds his dog he leaves, setting Gillian at ease. The next morning she finds her camp ransacked and fellow counselor Marty (Steven Love) has shown up to play a prank on her. Quickly things grow weird and Gillian begins to suspect someone isn’t telling the truth. There is a vicious killer in those woods on the small island and she is the target.

Solo is a film that successfully proves less is better, even if the formula is pretty predictable. It’s easy to see where the film is headed pretty early on but director Cravit skillfully ramps up the tension with every moment. I enjoyed how help was always so close, yet still so far away. He also chose to make the film more about the suspense than the body count which is always a brave choice. The audience for this type of film tends to be a bit blood thirsty and taking things slow doesn’t always win them over but he made the correct choice by creeping along and choosing his moments to strike. The film is beautifully shot with a dark and mellow score.

This film would not have been nearly as successful had it not been for lead actress Annie Clark. She is just fantastic in this film. Many times in these sort of films, you can just tell the actor or actress is much older than the character they are portraying, but Annie is able to capture the youthful essence that will cause the audience to worry about her. She just seems so fragile and sweet that if anything bad happens to her, it would devastate us. Daniel Kash is always fun to watch and his character is almost equally as likeable. I’ve never heard of Steven Love before but his portrayal of Marvin was sort of creepy and awkward with a pinch of innocence thrown in, making him a well-rounded character.

Solo is able to combine some very familiar elements with some fantastic performances, delivering a tight and suspenseful little film. Kudos to the entire cast but Annie Clark is a talent to watch out for, a really strong performance. The film may not be a massive hit, but it has a sleeper quality that should quickly be discovered. **** (out of 5) 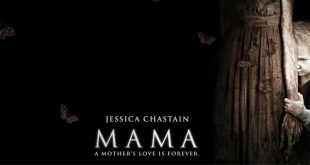