Thor The Dark World lights up the box office taking in over 86 million in the U.S alone – over 300 million globally in its first two weeks.

Chris Hemsworth and Natalie Portman return as Thor and Jane Foster while Tom Hiddleston steals the film and all of the Marvel Universe as the ever-popular Loki. All of Asgard may fall to Malekith while the god of thunder tries to win the heart of a beautiful woman from Midgard.


00:02:37 – Review of The the Dark World (2013)
The grue-crew dramatically leap right into the review of the latest Marvel Studios megaplex monster, Thor the Dark World. While everyone blasts the villain of the film, the dark elf Malekith, as a weak excuse for a cinematic bad guy with a confusing, convoluted and unmotivated drive to return the universe to the darkness, they love the relationship between Thor and Loki. Director Alan Taylor strikes superhero gold with the Thunder God’s latest adventure in Asgard.

00:45:56– Horror News of the Week for 11/11/2013
“You gotta eat lightning and crap thunder, Dreher,” Thomas belts as Santos wakes up Dave in order to bring you the Horror News of the Week beginning with the found-footage bigfoot film Willow Creek. Another Dark Sky film is up next with the anthology horror film, XX, featuring a collection of female directors. Marvel Studios and Netflix sign a deal to bring four 13 episode series to the online outlet include Daredevil, Jessica Jones, Luke Cage and Iron Fist. Next, Dave shares that Warner Brothers will be producing a variety of properties off their hit The Conjuring film, including a film about Annabelle. Up last is news about a film called The Neighbor by Marcus Dunstsn and Patrick Melton. 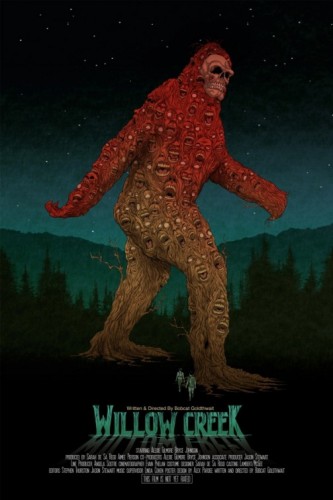