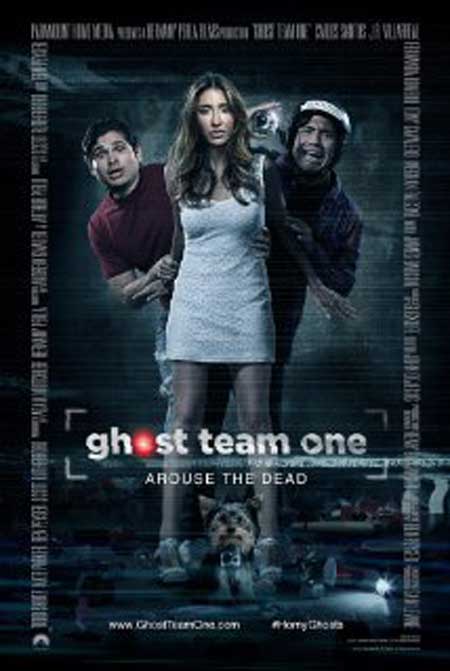 Two roommates deathly afraid of ghosts both fall in love with a girl who believes their home is haunted.

There are those, who shall remain nameless because I don’t know any of them, that do not find the marriage of horror and comedy amusing.  Like red state Republicans opining on same sex relations, it just isn’t natural to them.  Though its influences stretch back to the dawn of moving pictures, it remains seated firmly at the kid’s table during the family Thanksgiving gathering of film genres.  Which is precisely where it belongs, as it would be most likely to start a food fight with the documentaries.  Then it might . . . do something rude with three-bean salad, I guess.  The metaphor got away from me.  Moving on: 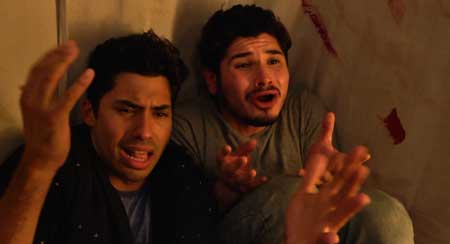 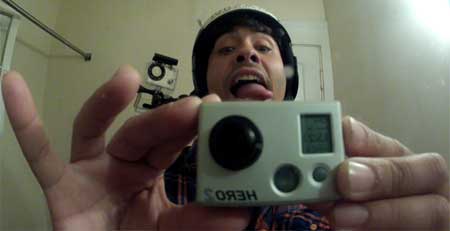 Very few horror/comedies have escaped the stigma of their birthright and been embraced by the general public as legitimate cinema.  “Tremors” and “Sean of the Dead” are two that come immediately to the melon, but one could hardly lay claim that either were to be taken seriously.  As is the case with all of their brethren, they’d prefer you didn’t.  “Ghost Team One” wears this attitude as a badge in its freewheeling and unabashedly crude pursuit of laughs, spoofing both horror conventions and the “found footage” craze with mixed results.  It certainly won’t provide you with optimism for the future of film (in fact you may weep for it), but it’s indeed funny stuff at times. 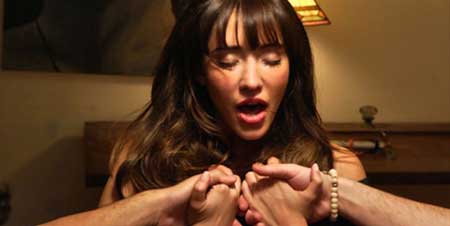 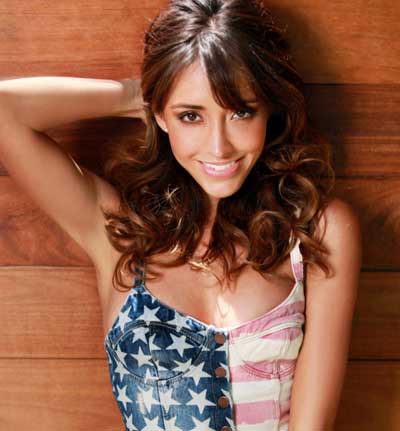 A wild party opens, filmed by dorky host Sergio (Carlos Santos) from a digital camera duct taped to his helmet.  This guy clearly isn’t versed on the rules of what gets you laid at a shindig.  Coincidentally, using the word “shindig” doesn’t either.  In a blacked-out stupor as things wind down, he staggers upstairs to bed and is fairly certain he sees a ghost.  He rushes back to find best friend and roommate Brad (J.R. Villarreal) desperately trying to seduce new girl on the block Fernanda (the impossibly gorgeous Fernanda Romero) while girlfriend Becky (Meghan Falcone) slumbers in a chair.  Brad naturally accuses Sergio of being wasted, but Fernanda is fascinated with the prospect of a haunting.  The boys immediately jump on the bandwagon, furnishing their rented home with cameras to record everything and hiring an unseen documentarian, who provides some of the endeavor’s best cannon fodder merely with his presence. 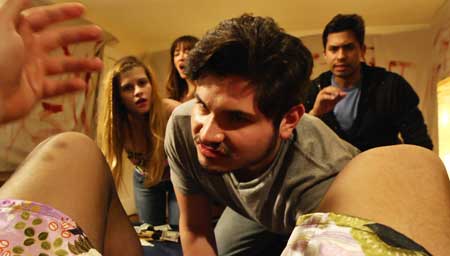 This is understandably starting to sound a bit familiar, but it’s where “Team” takes this premise that places it a cut above.  Rather than directly mocking any particular movie or scene as is often the tired example (knock it off, Wayans brothers), directors Ben Peyser and Scott Rutherford, along with writers Andrew Knauer and Arthur Pielli, concoct a foul-mouthed stoner flick that barely rises above the production level of a YouTube video, but entertains nonetheless.  What follows is essentially a rapid-fire collection of skits, most of which entail Brad’s attempts at getting Fernanda’s pants off.  She’s more concerned with solving the mystery of the entity, and discovers that the house was once a brothel where head mistress Lady Azalea was murdered.  Given the nature of her previous occupation, the spirit only appears when someone is aroused.  This leads to a succession of silly moments, from Brad receiving fellatio via an unseen presence (his conversation with the others after being caught in the act is priceless), to a hysterically uncomfortable make-out session between the three once Fernanda figures out how to conjure the specter. 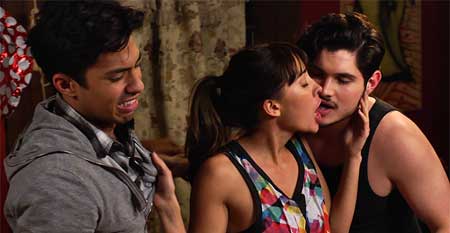 Absolutely nothing in the film would land (a good chunk of it doesn’t) if it weren’t for the trio at front and center.  Santos and Villarreal are a terrific partnership, calling to mind a Latino Harold and Kumar.  They’re mundane banter alone is enough to keep the viewer smiling, and Judd Apatow should stand up and take notice of these two individuals.  They’re comic naturals.  In a role that could have easily been regulated to obligatory hot chick, Romero steals the show as Fernanda, every ounce as engaging as her male co-stars while bringing the sexy with an anvil.  Seriously friends, gazelles would fall in love with her after they watched this, and her rituals for “cleansing” the property are a riot.

Much of everything the gang does throughout draws the ire of third roomie Chuck, portrayed with scenery-chewing aplomb by Tony Cavalero.  A member of renowned theatrical company The Groundlings, his angry and recently clean junkie is a highlight in a piece blessed with them as far as the performances are concerned.  As the perpetually drunken Becky, Falcone has a few great moments as well, rounding out an extremely tight cast that the material almost doesn’t deserve.  Even when bits fall flat, they never detract from your love for these manic people. 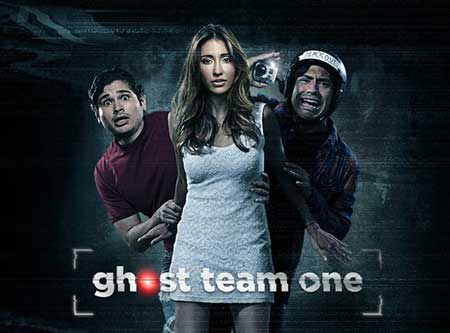 To poop in the punchbowl, the final third fails to sustain the lazy energy of what preceded, and “Team” unfortunately wears out its welcome before the credits roll.  Chuck becomes possessed by Lady Azalea, resulting in his launching into an oriental caricature that would be classified as blatantly racist if it wasn’t so reminiscent of the “South Park” episode in which Cartman performed the same drag routine.  Though one could argue that a cartoon is different (thematically, it isn’t), I held no beef with Trey Parker and Matt Stone and thus refuse to here.  Where the finale fails, as the gang attempts to perform an exorcism, is that it’s overlong and earns barely a chuckle.  It isn’t offensive, just not funny.  Which, in its own way, is offensive.

Perhaps the horror/comedy is doomed to red-headed stepchild status, but it matters not in the end.  This enduring sub genre doesn’t give a rat’s ass, as “Ghost Team One” proves with brazen abandon.  Though not a sterling representation of its kind, it delivers exactly what it promises.  Equipped with a few alcoholic beverages and a “package” from your “guy,” you’re guaranteed a few guffaws.  Even stone sober, however, you won’t remember a word of it the next morning. 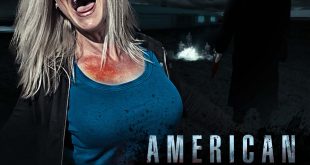