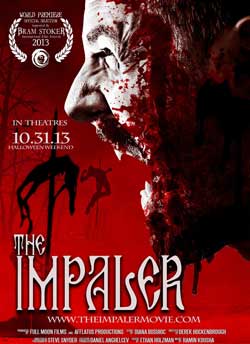 Seven high-school friends begin their Euro-trip at the actual castle of Vlad the Impaler where he supposedly sold his soul to the devil over 500 years earlier, but the decrepit castle’s past envelopes them in a bloody ritual.

The Impaler, the name makes you think of only one thing, Vlad the impaler, the man that inspired the famous monster, Dracula. Would this movie do the history of this man’s legend justice, or just shamefully attempt to try and use his name only as a means to bring in an audience? Well, I would say more the former, with some of Vlad’s back story (some historical and some fictional) and using him as a central plot point, but it might not have enough of the gruesome battles that people affiliate with his name.

This movie does start out with a bang. The opening scene is of a man (most likely from the Ottoman Empire) who is impaled, but still alive, and a clocked man kneeling next to him talking into a fire. He makes a pact with some unforeseen spirit and proceeds to slit the man’s throat, drinking his blood from a challis. Of coarse we all presume the cloaked man is Vlad, later in the movie, this is verified. This scene does a great job of pulling you in and really peaking your interest, and as the beginning credits roll you wait to see more of the cloaked man and what the consequences are with the deal that he made.

There was one thing that took me by surprise once the beginning credits started to roll; this movie was produced by Full Moon Productions. The name Full Moon puts you in a completely different mindset then the direction this movie stated with, with such film series like Puppet Master, Gingerdead Man, and Evil Bong, it’s hard to try and take a movie seriously. But I was fooled, the name threw me for a loop. As I’m watching the film, I keep thinking that maybe Full Moon went in a different direction? Maybe they are trying to make more suspenseful horror movies. It was after a second inspection that it dawned upon me, that I was thinking of Full Moon Entertainment. Full Moon Entertainment and Full Moon Productions are completely different companies. So if you happen to see this film and also take notice of this, be advised, if you are looking for more of a comical horror movie that Full Moon Entertainment would put out, you won’t find it here. 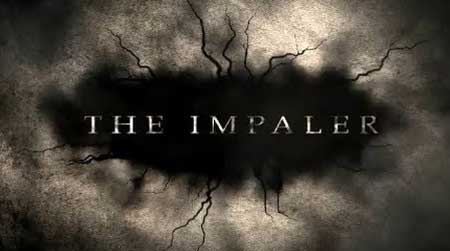 Sorry, had to put that in, it had me really confused for a little. After the beginning credits finish and you are waiting to see more of Vlad, you get disappointed as the movie turns its focus away from him and introduces use to seven “high school” teenagers. They all are the stereotypical teenage group, the fat kid, the stoner couple, the rich guy and his shallow gold digging girlfriend, and lastly the innocent hero and his girlfriend. They are all gathered together to celebrate their soon to be graduation when the rich kid, Adam (Christian Gehring), tells the group about the realistic dream he had, where a females voice told him to “bring the circle of seven” to Vlads’ castle. Not the touristy Bram Castle, but the real one, castle Drac, also located in Romania. Everyone tries to find a reason why not to go, but Adam plays on the hero’s, Dominic (Teo Celigo), Romanian heritage. They agree to go, and make their way to the castle.

This is where the movie slows a little bit to set up the final act’s plot, and give a little back story on the Vlad character, with a little help from the castles caretaker, Veronica (Diana Busuioc). It seems at this point that all the teens are doing are being normal ignorant selves, and doesn’t seem to advance the plot too much, but once you watch the movie completely, it shows why they are acting the way they are. Dominic starts to have weird flashbacks and fainting, he tries to contribute this to some connection with the castle. Some people go missing, and they all try to leave to no avail. This sets up an amazing final act to this movie that I loved. I wish I could go into details as to why, but I don’t want to ruin the ending. The only thing I can really say is that it pulls everything together neatly in the end.

Now, there are some things about this movie that they could have done a little better with, and the first major thing is the lighting. I understand they filmed this in a castle, and there isn’t a lot of natural light, or they might have tried to keep it dark to build suspense, but it’s hard to be in suspense if you can’t see what’s happening. The second thing that bothers me, and depending on your interpretation on the ending of the movie, which might be different then mine, but it seems like there was more to the plot and the relationship between the characters then they put in the final print.

With that said the pro’s differently out weight the con’s for this film, the locations are great, the castle brings a creepy atmosphere that works really well, all the deaths are filmed as so they could have be done in the time of Vlad the Impaler, and the plot is functional and only slows down to set up something bigger in the end. This movie has already won the award for best director from the Sunscreen Film Festival, and is an official selection supported by the Bram Stoker International Film Festival, and I can see why. If you can get your hands on this film, it’s differently worth a watch.