Level 33 Entertainment (“Level 33”) announced today that new low pricing will go into effect on October 17, 2013 for several award-winning horror themed movies on DVD including AAAH! ZOMBIES!!, I DIDN’T COME HERE TO DIE, A CADAVER CHRISTMAS, MY STEPDAD’S A FREAKIN’ VAMPIRE!, and VAMP U.  The DVDs for these films, which collectively have been screened at dozens of international film festivals and horror festivals, will be made available for purchase at retailers and websites such as Amazon.com in time for Halloween and the holiday shopping season. The DVD for each film will be priced at under $6.00 SRP.

“Halloween is definitely one of our favorite times of year at Level 33 Entertainment,” said Andreas Olavarria, President of Level 33 Entertainment. “We’re excited to be able to bring a diverse range of horror content to audiences across North America all year round, but what better time is there to enjoy a scary movie than Halloween?”

In conjunction with the promotion of these horror themed movies, Level 33 will be a co-sponsor of the Inaugural Palm Springs Horror Film Festival known as Feartastic, from October 31st to November 3, 2013.  Mr. Olavarria will be speaking on the panel titled “Getting a Film Made – Financing, Casting, Producing and Distribution” at 5:00pm PT on Friday, November 1st at the Camelot Theaters located at 2300 E. Baristo Road, Palm Springs, CA 92262.  Level 33 will host a reception following the panel.  Tickets can be purchased at www.feartastic.com. 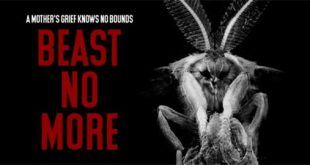