Home | Articles | Feature Article | Horror Remakes: The Ones That Worked!

Horror Remakes: The Ones That Worked!

By following the most successful horror films in history, Hollywood remakes ultimately have a thankless task. Some manage to re-enact the spirit of the original with new special effects and creative plot twists, while others fall alarmingly short, providing tiresome makeovers without any real thought. Here are three that worked, just in time for Halloween:

Dawn of the Dead
Remaking Dawn of the Dead was a difficult task because George Romero’s original is such a widely acclaimed classic. The plot is kept much the same, with a mish-mash clan of civilians taking solace from flesh-eating zombies in a nearby shopping mall. Rather than the slow, laborious creatures of the original, the new-look zombies here are fast and agile, creating a super-charged, action-packed remake which keeps you entertained from start to finish. While Romero himself did not agree with these ‘super-zombies’, arguing that director Zack Snyder had to restrict close-up shots to avoid them appearing too ‘human’, we feel it helps to create an element of mystery; it’s often what you can’t see that scares you most, after all! 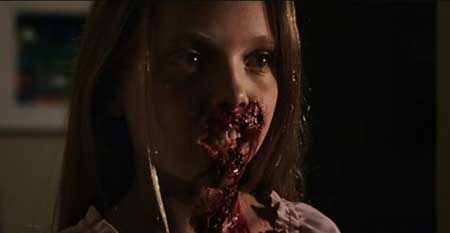 The Ring
American remakes of Japanese horror films have become quite the trend in Hollywood, with ‘The Grudge’, ‘Dark Water’ and ‘Pulse’ giving the mass market an opportunity to sample a terrifying and gripping alternative style of cinema. But it was The Ring which originally pioneered this trend and achieved the biggest box office success.

Keeping the plot close to the original, by telling the story of a mother who comes into contact with a cursed VHS video-tape, the remake delivers a series of darkly disturbing scenes, starting with two young girls who mistakenly watch the tape, leading to a fear-laden, flooding-floor scene.
Director Gore Verbinski is adept at revealing an intricate and cleaver plot slowly but surely, twist upon twist, using exceptional cinematography to create a deeply tense sense of atmosphere throughout. 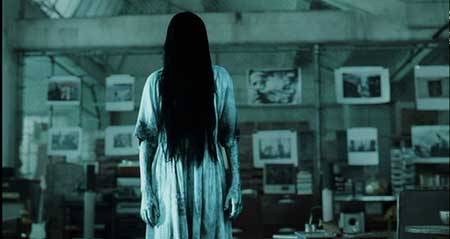 The Fly
David Cronenberg’s remake of the 1958 cult classic was one of the most stomach-churning and gory films of its era, recounting the tale of a mad scientist whose human teleportation experiment goes wrong, causing him to slowly develop into a human-sized, acid-spitting house-fly. The film’s use of special effects was particularly impressive, creating a gruesome stage-by-stage metamorphosis of Jeff Goldblum’s scientist into a hairy, slime-covered Diptera. If you haven’t already seen it and are slightly squeamish, beware.