For the first time on Earth and/or the Afterlife, backers to a Kickstarter feature film can donate $100 and get walk-on roles as ZOMBIES! HOZON is halfway through its Kickstarter Campaign and for $100 backers can be part of the ZOMBIE HOARD as they charge a lead actor and earn a CREDIT as “Zombie”on screen. Blood and Make-up provided on set. Fans will have make up professionally done by our venerable FX Team led by Face Off (Syfy Network) contestant Wayne Anderson. They also get professional photographs in Full Zombie makeup. Travel & Boarding not included. HOZON is a Sci-Fi, Horror film in the vein of Resident Evil, that uniquely bends genres around a samurai and zombie twist. 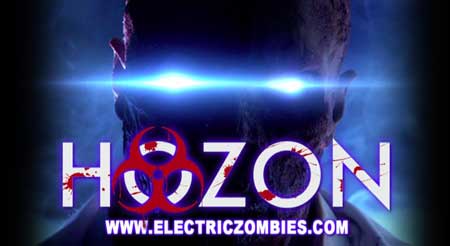 After a botched DNA splicing experiment, Mr.Hozon, CEO of a Japanese bio-medical company and descendent of Samurai bloodline, must lead his Board of Directors out of a contaminated lab and save his sick daughter’s life. The story is rooted in true events, real science, and historical characters.

The HOZON Kickstarter Campaign officially launched on September 17th, 2013 and raised over $14,000 in 2 days! GIRLS & CORPSES MAGAZINE Editor, Robert Rhine has officially invested $10,000 into the campaign, making him the first Executive Producer from KICKSTARTER.

Numerous sci-fi and horror fan sites have sponsored the project and HOZON is broadening its social media awareness with over 15,000 (and counting) fans on Facebook.

HOZON will begin shooting in Winter, 2013.