Home | A Welcome Update On Brian Keene’s THE CAGE

Been a while since we’ve talked about the adaptation of Brian Keene’s THE CAGE but today brings some movement. Got a press release that outlines what the team has been up to so read on and consider yourself updated:

Adaptation of dark and hyper-violent book THE CAGE, by celebrated author Brian Keene, finds director, cast, and F/X squad. Now they’re looking for the money necessary to bring the story of THE CAGE to fruition.

It’s closing time at Big Bill’s Electronics, but the employees will not be going home. Simon has arrived… And it’s a very special night. He needs six people—cooperation optional—to open something of his own. The captives will have to revert to their most savage, primal instincts if they hope to survive the night. But when the truth is revealed, death may come as a mercy.
To be directed by Jon D. Wagner (D: Anniversary At Shallow Creek, P: All Cheerleader’s Die, Cheap Thrills), and produced by Brian James Fitzpatrick (Spring Breakers, London Fields), from a script written by Ted Rypel, and based on a story of the same name written by Bram Stoker Award-winning author, Brian Keene, THE CAGE has begun to assemble it’s cast: Zach Galligan, (Gremlins, Hatchet 3); Damian Maffei, (Joe R. Lansdale’s Christmas With The Dead); Hannah Fierman, (V/H/S); Megan Duffy, (Maniac); Samantha Hahn, (Blood Night: The Legend Of Mary Hatchet); and Sam Ingraffia, (The Falcon And The Snowman). Adding their talents to THE CAGE with imaginative special F/X are Emmy nominated (Boardwalk Empire) Jeremy Selenfriend, and Monster in My Closet F/X (The Amazing Spider-Man 2, Chernobyl Diaries, NBC’s The Blacklist).

THE CAGE team has opened a Kickstarter page to raise the $85,000 they need to mount the production. Contributions to the project will be rewarded with various perks ranging from an adorable $1 package, to posters, t-shirts, DVDs, Blu-rays, autographed Keene books, featured parts (victim and non-victims!) and some other very, very fun stuff.

“I’m thrilled with the screenplay and excited by the team that’s been assembled.” says Keene, “It’s always a daunting prospect when your work is adapted by others for another medium, but I have absolute confidence and belief in this project and the people involved. I can’t wait to see it!” “Myself and everyone involved feel a great responsibility to do this intense, mind bender of a film “right”, adds Wagner. “Not just for ourselves, but for all the different groups of fans out there who expect us to do good by them. There’s no stunt casting, no gimmicks. Just good, talented folks who are thrilled to be doing this movie.” Keep your eyes peeled to our Kickstarter page for more information on the project, andcheck out THE CAGE’s official website (www.survivethecage.com), our Facebook page, and, of course… Twitter. 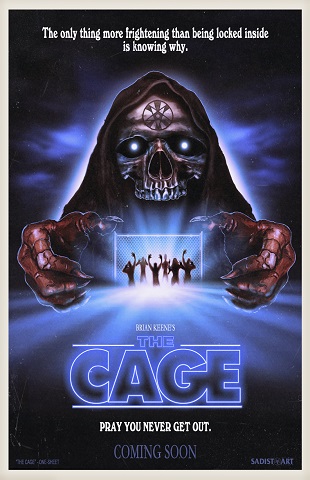 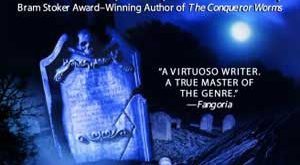