If you’re not yet a fan of HANNIBAL on NBC you should be. Season one was a a crazy ride and judging from the promo image I’m about to show you, season two is gearing up to give us another wild ride. 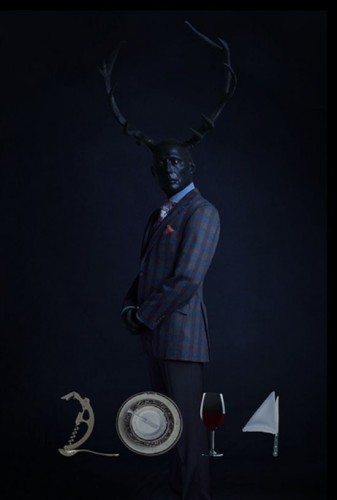 Show runner Bryan Fuller developed what you just beheld (along with the work of some kick ass FX artists) and had the following to say about it all:

“After a horrifying descent into madness in Season 1, this image ironically represents the perspective of a scrappier, clearer-minded Will Graham in Season 2. The scales have fallen from his eyes, and he finally sees Hannibal Lecter for the monster he is.”