Over at Fearnet.com they found this pretty awesome video posted up on YouTube by someone named Vitaly Zdorovetskiy decided to celebrate Friday the 13th by heading out onto the streets and randomly sneaking up on people donned in full Jason Vorhees gear and sporting a very real chainsaw. Hilarity ensues.

Everyone involved wants it to be known that the chainsaw had the teeth removed so the only person in any real danger was the actor playing Jason. If even one of these people had decided to fight back, he was a goner. 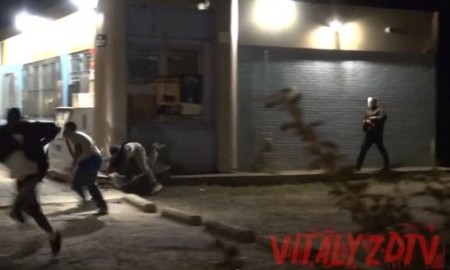