While looking into a series of grisly murders a retired FBI profiler is kidnapped by the killer and forced to profile him.

I didn’t really care for Profile of a Killer, but then again I am not exactly what you would call its target audience. As most of you know I am more into slasher flicks and hard core horror movies that are full of blood, guts, and awesome death scenes. This movie doesn’t fall into either one of those categories and as such I had a very difficult time getting into it. It is more of what I would call a suspense/thriller or even a psychological drama, and to be honest it just moved a little too slow for me for the most part. I’m not saying that it is a bad movie as you can tell that the people behind it put a lot of thought, time, and effort into it, but it just wasn’t for me.

One of the biggest problems that I had with it was the fact that I found it to be just plain dull. The pacing is painfully slow and I just felt bored the majority of the time that I was watching it. I kept waiting for something exciting to take place but nothing really did, and as a result there were times that I found myself wishing that the movie would just hurry up and end. I didn’t expect it to be action-packed considering the type of movie that it was, but at the same time I assumed that at the very least it would have a couple of suspenseful scenes that held my attention and kept me on the edge of my seat but I was wrong. Instead we get too many scenes that feature the killer and his hostage just sitting around talking or screaming at each other, and they get very tiresome very quickly as they are essentially the exact same scene over and over again to an extent. I know that writer/director Caspian Tredwell-Owen intended for it to be an intelligent, character-driven movie but would it have been so wrong to have added a couple of brutal death scenes to spice things up just a little bit? 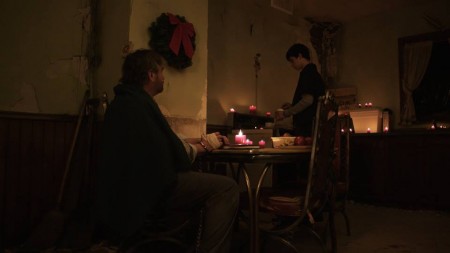 Another huge issue that I had with the film was with Joey Pollari as the killer as I felt that he was horribly miscast. I really dug the idea that the killer was supposed to be a highly intelligent and seemingly normal teenager as I thought that it was an awesome and original idea, and it would have worked had someone else been cast in the role. I thought that Pollari was just more annoying than anything and while I usually find myself rooting for the villain this time was different. It’s apparent that he just watched several episodes of Dexter to prepare for the role as he really phoned in his performance. He is incredibly unconvincing as a young psychopath and instead comes off looking like a spoiled little kid more than anything else thanks to all the pouting he does and the numerous temper tantrums that he throws during the course of the film. I think that the movie would have been a lot better in general had they cast someone else who was at least a little intimidating and could successfully pull off playing a psychopath. 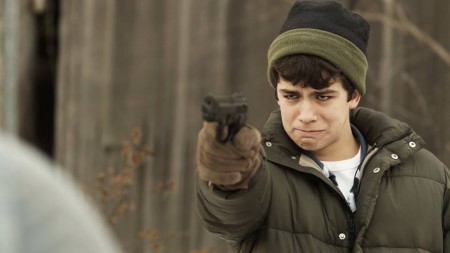 On the other hand there were some things about the movie that worked. I thought that Gabriele Angieri was good in the role of the former profiler Saul. I liked the character and just wanted him to survive his ordeal and get back to his family in one piece. I also dug the fact that David (the killer) came from a pretty ordinary family and had a normal upbringing. Too many times it is just assumed that people who become serial killers always have terrible childhoods full of abuse and neglect, and this isn’t always the case. I applaud the filmmakers here for having David grow up in a loving household with parents who cared for him as it shows that some people are just destined to be f*cked up no matter how they were raised. 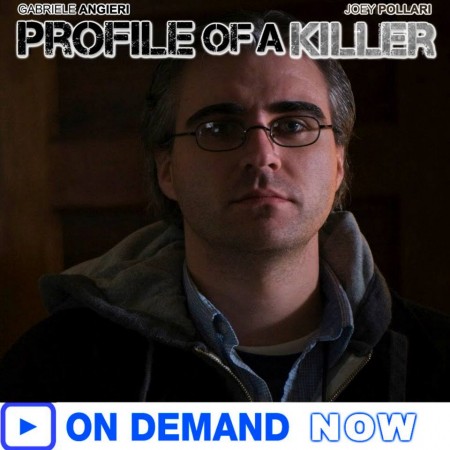 I wasn’t particularly amazed by Profile of a Killer, but I didn’t hate it either. I thought that it was just so-so, but then again it wasn’t the type of movie that I would normally watch. It moved a little too slow for me, it was too long, and I thought that most of the scenes were redundant as hell and could have been cut out but I have seen a lot worse. Check it out if you are curious, if you are into this type of movie you may really like it.