Wonder Works Films has recently released pre-production photos from their latest production, Sin Her Scared, via the film’s official Facebook page. The photos give off an eerie, unsettling vibe, showing a young girl out in the woods possibly taking part in a cult-like ritual. 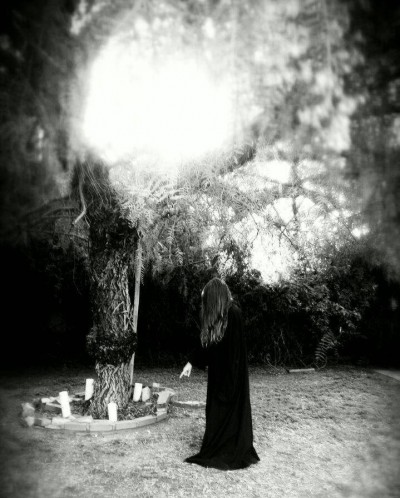 Sin Her Scared was written by Ed Nyahay, who will also serve as the film’s director.  Nyahay previously wrote and directed the 2012 short film, Live It, Show It.
Wonder Works Films, part of the producing team behind Sinister, is helmed by owner and CEO Joseph Bechor.