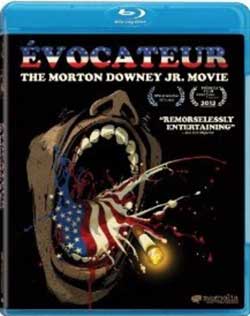 Before entire networks were built on populist personalities; before reality morphed into a TV genre; the masses fixated on a single, sociopathic star: controversial talk-show host Morton Downey, Jr.

They called him the “mouth that roared”. Morton Downey Jr. was the not only an icon of the 80’s but what I consider the true innovator of trash TV. As a controversial television talk show host, Mort rose fast and fell hard. It was not too long ago, that I found myself seeking out information about out what ever became of Mort. I had heard that he died of lung cancer which at the time seemed like the perfect irony to a noted angry man who often blew smoke into his guests faces. His story is one for the books. 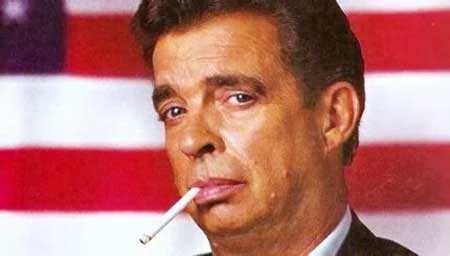 Though something about his story always bothered me. I suppose in today’s age, we can Wikipedia it and get the liner notes. However, Mort was one unique individual who “had” a story to be told. It would seem to me that several talk show talents today had alot to owe to this “in your face” presenter of an era that also came and went.

The time had finally arrived when word that “Évocateur: The Morton Downey Jr. Movie” was on its way. With limited information on Mort (even to the extent of You tube videos available) it was long overdue that the present age really learn about where this style of TV originated from. The film takes due diligence in really scoping out Mort’s life and rise to fame. 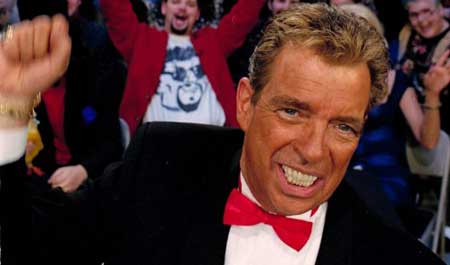 As the son of a famous performer / singer, Mort was a shining star that had yet to discover his true purpose. We learn about his early singing career, his attempts at getting signed and his various relationships over the years. This all provides an honest backdrop to the more controversial aspects of Mort’s career. Mort took the medium of talk shows to a whole new level. It’s a level that most likely wouldn’t survive in today’s more politically correct attempts and stricter forums. Even with the success of copy-cats like Jerry Springer, and Geraldo, talk TV had already defined itself to the extent of its limits with Mort’s 80’s appearances. A modern day rock star, Mort had tapped into the dormant angry man in everyone by simply not taking crap on any level with a program that enabled him a podium for exploiting.

We follow Mort’s rise and fall with great clarity as directed by Seth Kramer, Daniel A. Miller, and Jeremy Newberger. Thru this well defined documentary, we finally get the whole perspective of Mort’s alleged “skinhead attack” and the truth behind it all (that became a final attempt for new publicity). It’s an honest look at a man who really stood his ground on TV and reaped the rewards from it. It provides an honest look at the working relationship Mort developed with Al Sharpton (who went on to higher notoriety). 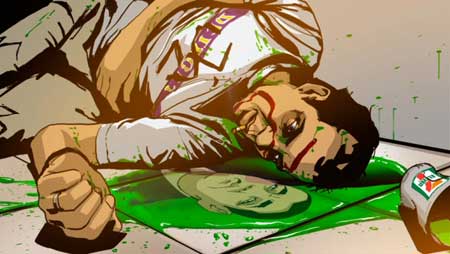 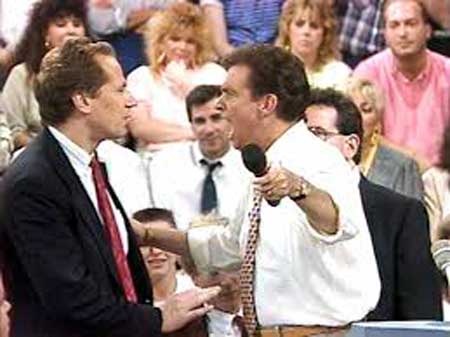 The film is set up documentary-style featuring interviews with several talents that Mort had either worked with or encountered in his professional career. We get family perspectives, political perspectives, highlight performances, tour footage and of course great moments from his radically intense TV show. This 90 minute presentation I found to be wildly entertaining and chock full of great TV moments. Mort’s demise is handled with care leading up until his death in 2001. It is not often that you can get a full perspective of an entire career that demonstrates how perspectives, morals and onion change from point A to Z. Mort while pissing of many in his approach provided a need that American TV craved. To date, no one has done it as passionately and intensely as this former TV 80’s mainstay. 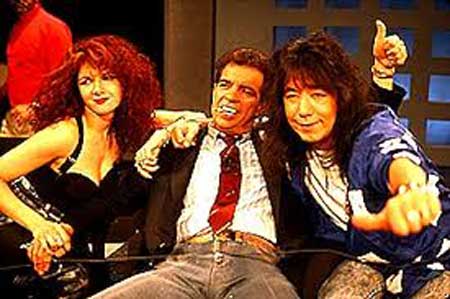 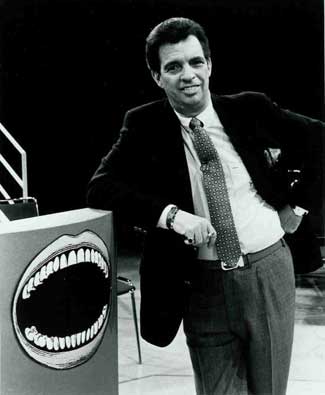 “Évocateur: The Morton Downey Jr. Movie” is a well done showcase that in the end even manages to send a moral message about excess and the dangers of smoking abuse. Many may not agree with him or even like the guy, but there is no denying the powerful influence he had on our 80’s culture.

The Bluray is now available from Magnolia Home Entertainment. The bluray contains memorable clips, details about the animation used and some great audio commentary.