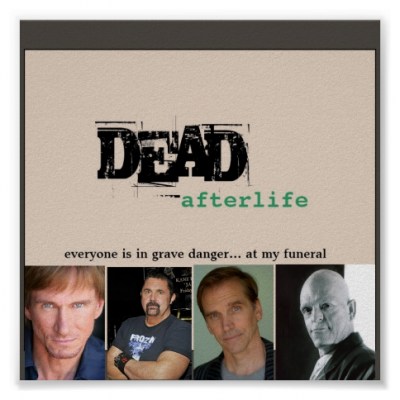 EXCLUSIVE: After several years of writing for one of the world’s most popular horror news sites, it was not surprising that horror expert Michael Joy would take a stab at writing his first horror movie. In a recent interview with horror fans, Joy talks about the Zombie/Ghost Mash-Up and the decision to take the indie route.

After the first-time screenwriter wandered into the land of horror stories called the movie industry, Joy desire to fulfill his dream to make a horror movie with a twist, it made sense to go to Indiegogo. “I couldn’t do it without the help of an army of supporters and horror fans to raise the money to produce an alternative to remakes and prequels,” he said, a native of Gloucester City, New Jersey.

It’s guys like Tom Holland, a veteran director and screenwriter of horror and thriller films, known for the popular 1980s Vampire film, Fright Night and Child’s Play, a number one box-office hit in America, who gave Joy the encouragement to go indie. “Mike Joy is a terrific, talented guy, who has written a warm, funny, people oriented riff on zombies. It’s different, touching, and sweet. I like it,” said Holland on a phone interview. “Support Mike, help him make his film.”

Joy, who is a self-proclaimed horror movie geek, then turned to the best in the horror business to read his script about the ghost of Donald Conlee who finds himself attending his own funeral only to be surprised that his zombie counterpart is eating all his guests. Now, it’s up to Donald’s ghost to figure out how to get Donald’s undead body back into his grave. “My biggest thrill was the overwhelming response I received to make the movie and get the ultimate blessings from my idols: Holland as a screenwriter, and Michael Berryman, Bill Oberst, Jr., Kane Hodder, and Bill Moseley to star in Dead Afterlife,” exclaimed Joy.

After reading the script, Oberst, Jr. called Joy with great reviews. “My honest opinion (and this is being honest) it is f**king brilliant. A ghost watching his undead body eat funeral guests?” said Oberst, Jr. “Oh my, have ghosts and zombies ever been mixed?” Joy’s vision of who would play the Gatekeeper led him to reach out to wrestling’s legend Austin “The Universal Hearthrob” Idol to peak his interest. Idol leaped at the opportunity and remarked, “Creativity and imagination are always a winning formula and Michael Joy has raised the bar with Dead Afterlife. Rod Serling would be proud of this one!”

Joy believes movies should honor the past, and knows he can do a great job while remaining true to his style of storytelling. “With the horror veteran actors on board, retired legendary pro-wrestler Idol, Jared Cohn directing (Hold Your Breath and 12/12/12), actor Andy Gates (Alien Rising), actor Trae Ireland (H.M. Coakley’s Holla II and James Cullen Bressack’s 13/13/13), and actress Liana Mendoza (Marlon Wayan’s A Haunted House and Holla II), the journey to get from conception to post production has been an eye opening and exhausting experience,” said Joy.

“Indiegogo is an opportunity for us (the horror community) to come together and make a horror movie that we can be loud and proud of,” said Joy. “I’ve grown with HorrorNews.net through the years and now I’m overjoyed to have the unwavering support of the greatest staff of any horror website and who believes in Dead Afterlife the movie.” Horrornews.net averages nearly 500,000 hits per month.

“Any donation is invaluable. You won’t leave this experience empty handed,” said Joy. “The perks are outstanding from appearing in a scene as a funeral guest, a full day on the movie set, to your head shaved by Austin Idol, reminiscent of the classic feud when Jerry Lawler Gets his Head Shaved by Idol in the Hair vs. Hair Match.” Donations range from $10 to $50,000.

Joy, also known for his blog Unexplained Confidential, says that Indiegogo will enable the horror community to “make some noise and wake the living dead.”

For interviews or personal appearances, send requests to platinumstarprnews@gmail.com or 213-276-7827. 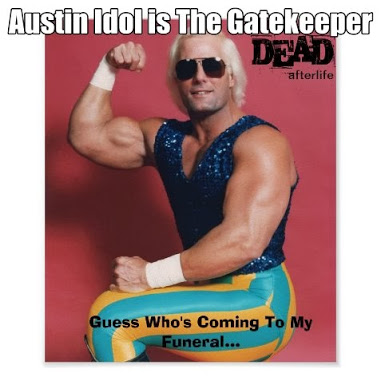