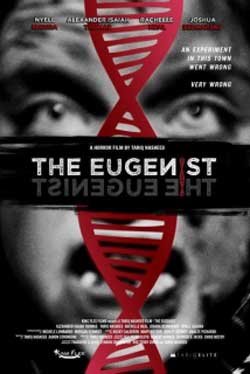 A group of teens get locked inside an abandoned public school only to realize they’re not alone. Lurking in the shadows are countless flesh eating zombies relentless on devouring their prey. Will the youths be able to escape the clutches of the undead or will they succumb to the forces of yet another sinister mad man’s diabolical plot in The Eugenist?

The Eugenist or Dark Medicine as known in other circles is one of those directional debuts that in all likelihood looked phenomenal on paper. Tariq Nasheed had all the right variables in order to deliver a memorable production with tremendous impact. The plot was creative in design. A premise of government cover ups in biological warfare experiments within the façade of an abandoned public school is intriguing enough. This pretense alone is bound to lure buffs in the conspiracy theory genre.

The film begins to dwindle however not long after the beginning credits. Some of the acting from the government agents in the scene where they discuss the project is lack lustre at best. Audiences will have difficulty buying what they’re portraying thus making any scene to follow difficult to sit through. The tone is already set at a disappointing level. 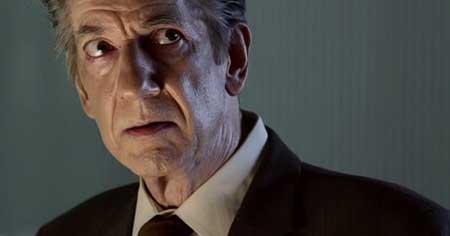 Most of the characters are a refreshing change of pace from the stereotypical ensemble we’ve come accustomed to in traditional horror. Many of the protagonists are African American and it’s interesting to ponder what kind of survival techniques they’ll utilize against the infected. Since avid film goers are more accustomed to seeing their heroes demise in the opening sequences, this innovation will keep most viewers fixated on what happens next.

There are some plot holes or inconsistencies that will frustrate some viewers. Why are the teens so persistent in breaking into an abandoned public school? Why is it so difficult to get out? Why does nobody’s cell phone work all of the sudden? These are all very minor quirks that could have been tidied up for the viewer with some dialogue or exposition reinforcing the merit of the plot. The latter neglect unfortunately simply tarnishes the credibility of the story. The introduction of an outcast Steven (Alexander Isaiah Thomas) and his ability to be readily accepted within the group blemishes the character development as well. We have difficulty believing the scenario and ultimately the oblivion manifests into a series of convoluted misadventures. 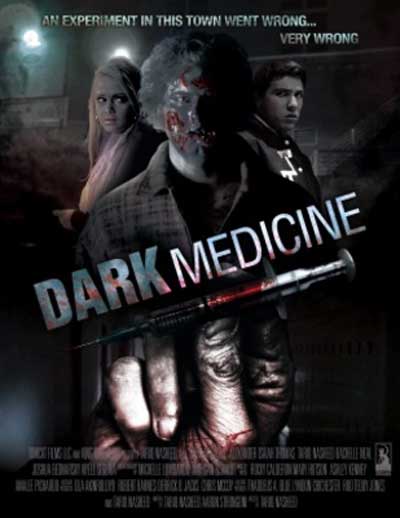 A nominal budget was used on special effects which is impressive. Many of the death scenes will impress gore aficionados and it doesn’t hinder the authenticity of the production whatsoever. If anything more gore delivered to the production would have created a more entertaining movie experience.

One of the lead antagonists, a doctor stationed within the school could have been cast more effectively. He doesn’t really exude the creep factor we thrive for in a villain or does he really appear to be any kind of threat. It diminishes the overall production where some most effective scenes could have been delivered. 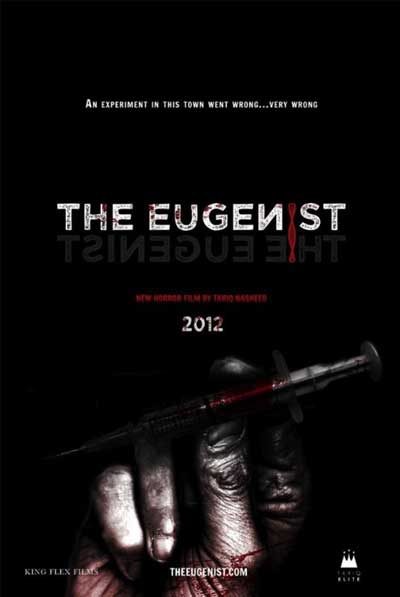 Nasheed even makes a cameo appearance within the film as Coach Anderson. Most notably Nasheed is a New York Times bestselling author, fashion designer and directed some ground breaking documentaries Hidden Colours. Regrettably his venture into horror came up a little short of its mark.

The Eugenist clearly isn’t a film for everyone. Fans of teen horror flicks with a twist may want to give it a try. A climatic end that will surprise most is worth a look in its own right.

-Two out of Five Tombstones 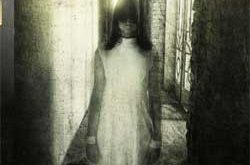