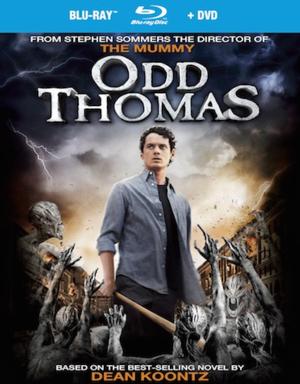 In a California desert town, a short-order cook with clairvoyant abilities encounters a mysterious man with a link to dark, threatening forces

Originally a novel by Dean Koontz, Odd Thomas is a great little film about a guy with the special ability to be able to communicate with the dead, as well as seeing the evil invisible creatures that linger around when death is soon to be present. The storyline is rich in detail and is varied enough to be entertaining from start to finish. The fact that the author of the book(s) is pleased with the outcome means that the director of Odd Thomas has done a remarkable job at adapting the book and finding the appropriate actors to play the roles. Dean Koontz even says himself – Anton Yelchin is soooo good! And Addison Timlin is Storm. This is high praise indeed! 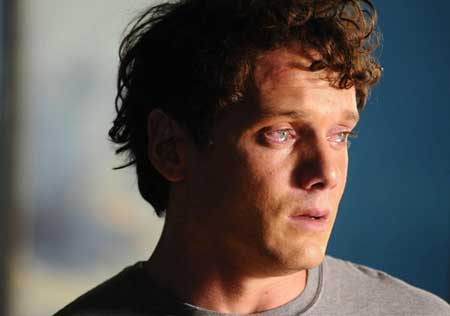 There’s a quirky quality to Odd Thomas which is nice to watch and manages to keep the viewer off their guard. Despite the fact that the film is essentially a thriller, the underlying theme is a love story. Odd Thomas and Storm are the perfect couple but these pesky dead people keep getting in the way. After the audience are fully prepped on Odd’s special ‘gifts’, he has a nightmare which shakes him somewhat, especially when he starts seeing ‘bodachs’ (the shadowy spiritual creatures who feast upon death and violence) start to flood the town. Odd senses that something really bad is coming soon, and he is the only one who can stop it. He starts pursuing a suspicious looking man and this leads him on a path to discover the cause between this imminent mayhem. But the main question is – will Odd be able to prevent the awful turn of events from really happening?

A problem that arose for the film is that the producers of Odd Thomas are suing several entities because they did not provide the $35 million that should have gone towards marketing and distribution of the movie. For this reason, it is lucky that Odd Thomas ever managed to see the light of day and it seems such a shame that the film could have been lost just because of a silly thing like that. This seems especially crazy considering that director Stephen Sommers has a whole host of blockbusters to his name – such as The Mummy franchise, Van Helsing and G.I. Joe: The Rise of Cobra. Main protagonist Anton Yelchin has starred in big films such as the recent remakes of Star Trek, Terminator Salvation and Fright Night. Hell, there’s even Willem Dafoe in the cast and I don’t even need to go into all of the classic movies that he has been a part of. To deny Odd Thomas the money for distribution and marketing is completely nonsensical! 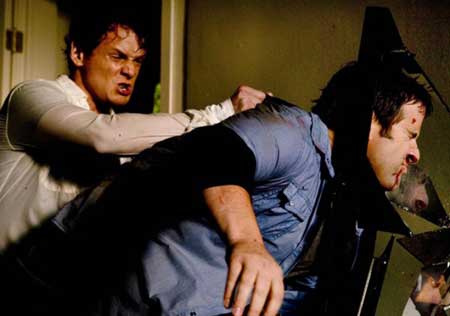 This was a fast-paced, lively film which subtly blended genres together so that it is hard to pinpoint exactly what it would fall under. As I mentioned previously, it has a heavy romance aspect to the story. But there are also elements of fantasy, horror, ghost, murder mystery, action, crime and comedy. It is for this reason that makes Odd Thomas so entertaining to watch, because it feels completely fresh and unique – which is something that is hard to achieve after a century of films have been made! I really did enjoy every bit of Odd Thomas and would even be curious to see the rest of the Odd Thomas novels transformed into films as well. This one certainly proves that it can be done. 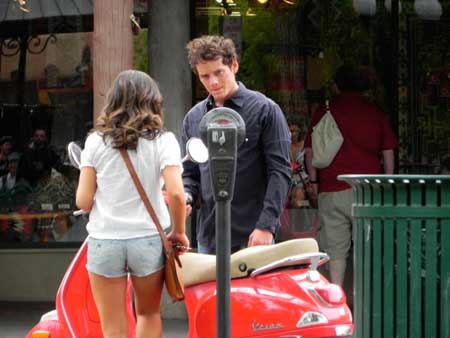 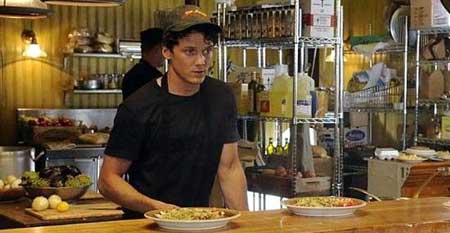 Overall, Odd Thomas is a fun film and gripping throughout. It doesn’t matter if you haven’t read the book (I haven’t) because everything about that world is concisely explained through the narration. I recommend this one to people who don’t want anything too heavy but still with a nice dose of evil and danger. It is unconventional in just the right ways but doesn’t try too hard to be weird. The plotline is a clever one which will keep you guessing so I encourage everyone to take it on and see if they reach the right conclusion before Odd does. I bet you won’t! Plus, the ending is not quite as you might expect, given the upbeat nature of the film, so be prepared to have a little sob!

Odd Thomas is now available on bluray per Image Entertainment