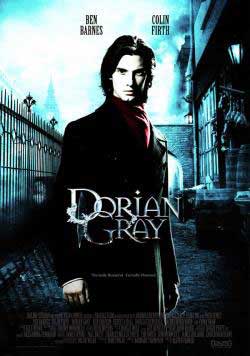 Fresh-faced and innocent, Dorian Gray arrives in London to move into the house he has inherited. Almost immediately he falls under the influence of amoral and calculating Lord Henry Wotton, leading to a life of increasing debauchery and even violence. Through many years Gray stays as young-looking as ever, while a portrait painted when he arrived grows old, reflecting his increasing excesses. Eventually the picture, now secreted in his attic, becomes almost hideous to behold. When true love finally enters his life he realises he must guard his secret at all costs.

Dorian Gray, a re-telling of an age old classic tale. Dorian (Ben Barnes) arrives a young man, naive, innocent and and heir to his father’s estate. As he makes new acquaintances, he discovers that his youth, charm and good lucks are the secret to his gradual need to have all his desires. He becomes instant friends with Lord Henry Wotton (Colin Firth) and artist Basil Hallward. Basil (Ben Chaplin) a student of the arts and remarkable painter in his own right, requests to paint Dorian at his tender age of about 21.

Meanwhile the frequency for attending parties and high class get-togethers increases as a constant. Henry Wotton, a to-the-point-well to-do becomes somewhat of an advisor and best friend to Dorian who is easily swayed. Henry who sees life in his own way claims indulgences as a means to happiness and surviving a marriage. This influence slowly starts to creep into Dorian’s nature and way of life. The innocence gets replaced very quickly with another face of Dorian that sways on the side of darkness versus proper heart and soul.

Dorian discovers a first love in actress Sybil Vane who memorizes him with her beauty and innocence This affair develops into a relationship and bond that strikes a chord into Dorian and sets him in gear to marry. Though Lord Henry has other plans, as his influence overwhelms Dorian’s decisions and sets shim on a path of corruption that only grows with age. Dorian unknowingly sells his soul to his painting in which grants him eternal youth and beauty but reflects his true state per the paintings age. This painting is well hid within his attic and begins to weigh heavily on his sanity.

Sybil offended Dorian’s sudden change in attitude takes her life and in turn steals the only thing dorian loved away from him. As a result dorian’s corruption and indulgences increases seemingly at the approval of his friend Henry that spirals forward into a state of constant pleasure seeking and debauchery. Nothing is scared as Dorian seduced daughters and mothers to his own gain. This ugliness and evil nature only reflects back into the stowed away painting which stays covered and away from the eyes of strangers.

It appears the Dorian has a secret that haunts him as much as it provides for him. It is after he grows weary of the state of affairs that Dorian sets out on a long getaway to see the world. Years later in his return, he arrives back to old faces who have aged with time. Though Dorian surprises all when he appears to have not aged a day. Suspicions begin to unfold as Dorian finds another true love in Henry’s now of age daughter. This association angers Henry who knows of Dorian’s true nature as a bad element who has infected the world with his lack of concern for emotion and humanity.

At one point I thought that Henry might be a agent of evil, but ultimately its Dorian’s soul who calls this darkness upon himself. Henry is an abilitator who preaches more than he actually practices. This advice though is taken to heart by the gullible Dorian who lets the words become his reality.

The film directed by Oliver Parker who actually at one point played the role of Peloquin in Cliver Barker’s Night Breed, captures the very essence of the novel and film adaptation. Ben Barnes is flawless in his performance as Dorian Gray set against a very period effective time piece that truly does wonders for the famous story written by highly acclaimed author Oscar Wilde.

2009 Dorian Gray is a timeless horror tale that provides a moral per way of show and tell to the beat of defining ones pleasure against the effects it has on ultimate happiness.