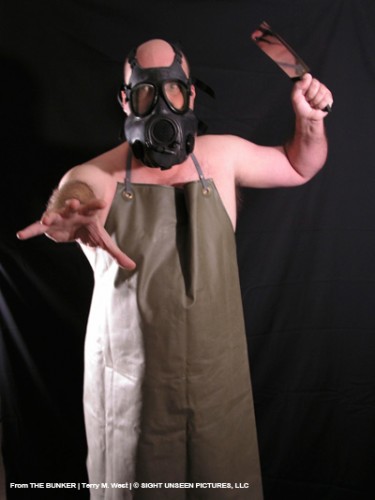 Movie history is made this week with the release of The Bunker, the groundbreaking debut film from writer Joseph M. Monks, the world’s first blind film director. Commodity Films releases the DVD June 14th domestically, with streaming and IPTV releases scheduled for the Fall.

Commodity Films’ CEO Russell Hess said, “I waited on the sidelines for a long time until the film was completed and ready. To say this is a momentous achievement would be the understatement of the decade. Directing a movie with vision is difficult enough, and Joe’s pulled this off with some very interesting elements that any filmmaker should appreciate. Don’t believe anything you see or read about this film until you see it for yourself. Then send Joe an e-mail and tell him what you think. After all, he can’t see his own movie.”

The film, which boasts CLERKS’ Kevin Smith as an executive producer (Smith came on board during Monks’ Kickstarter campaign to help him finance Los Angeles reshoots), stars indie director Terry M. West (Flesh For the Beast), and newcomer Saskia Gonzalez as Julia Jennings, the teenage daughter of a New York congressman who runs away on the eve of his bid for reelection. Kidnapped by West and hidden away in an underground bunker, the thriller unfolds with Julia desperately trying to find a way to escape, while her powerful politician father is pulling out all the stops to try and find her before the scandal breaks.

With pre-release screeners having garnered critical praise from the likes of FANGORIA features writer Tom Carnell, Rue Morgue, ShockYa.com‘s Joe Belcastro and The Hacker’s Source, and Monks taking home the Achievement in Cinema award at the Gasparilla International Film Festival, expectations are high for the ambitious indie. The movie is set for foreign release in multiple territories, starting with Germany on June 21.

Stills from the film for publication online or in print can be accessed here: www.sightunseenpictures.com/pr-bunker/ 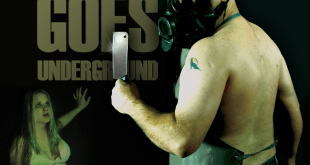