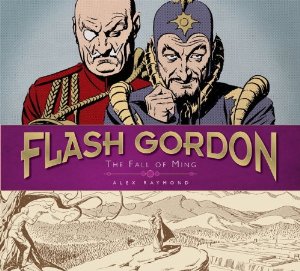 Continuing the comprehensive library of the greatest science fiction hero of all time, this brand new collection of library editions feature all new restorations that will preserve these legendary adventures for generations to come. Starting with revered writer-artist Alex Raymond, this volume continues the adventures of pulp hero Flash Gordon on the planet Mongo and his ongoing battles with the deadly and heartless Ming the Merciless.

Flash Gordon: The Fall of Ming third installment in Titan Books’ The Complete Flash Gordon Library collection. Following On the Planet Mongo and The Tyrant of Mongo, The Fall of Ming wraps up influential creator Alex Raymond’s material. This is the very time since the original Sunday strips that they’ve been collected in sequential order.

Flash Gordon was a unique and revered comic strip that combined super hero action and science fiction adventure, with a touch of drama for good measure. The Fall of Ming picks up in 1941 and runs chronologically through the end of Raymond’s run in 1944. The fact that these stories still resonate some 70 years later says a lot about Raymond’s talent.

The book begins with an introduction, titled Yesterday’s Future, by Watchmen artist Dave Gibbons. Amidst his praise, Gibbons poignantly notes how this collection in particular showcases Raymond’s evolution as he become more contemporary with the times. Next is an essay, Flash Gordon at War, by The ‘Nam writer Doug Murray, who explains how Raymond’s Flash Gordon work paralleled the war-torn world of the time.

Echoing the sentiments of my The Tyrant of Mongo review, the digital restoration by comic historian Pete Maresca is absolutely gorgeous. The book itself is a collector’s dream, fitting for both a library or a coffee table. It’s hardcover and weighty, with thick-stock paper that allows the colors to pop.

It’s hard to imagine that we’ll ever see the original Flash Gordon comic strips look better than this. Although Flash Gordon: The Fall of Ming marks the end of Raymond’s work, Austin Briggs took the illustration reigns while Don Moore wrote a respectable run. Titan Books has more Flash Gordon fun on the way in the form of Moore and Briggs’ Flash Gordon: Kang the Cruel. Until then, the three existing volumes are a perfect way to carry on Raymond’s legacy. 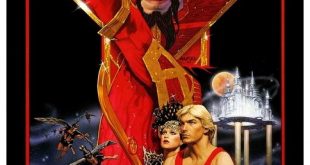 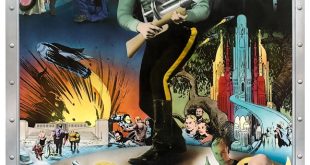 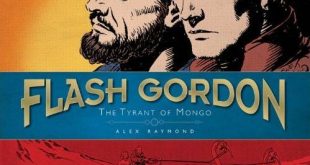 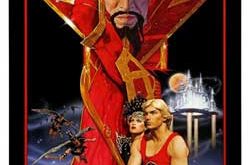 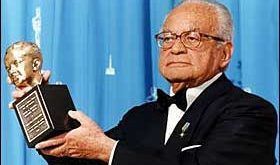