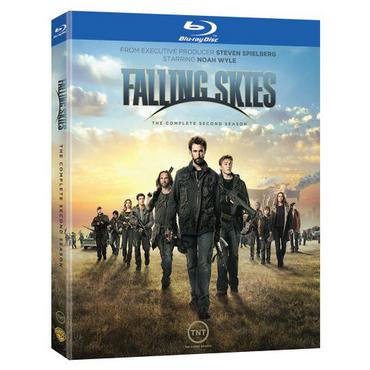 Horrornews.net has DVD and Blu-ray copies to giveaway !  Please email me at joyhorror@horrornews.net and put “Falling Skies” in the subject line. Don’t for to put your full name and complete address in the body of the email.   We’ll pick winners next week.  US and Canada ONLY!

Falling Skies – TNT’s epic alien-invasion saga from DreamWorks Television, TNT Productions and executive producer Steven Spielberg – will return to Blu-ray Disc™ and DVD on June 4. Noah Wyle (ER) stars in the powerful drama, which was basic cable’s #1 summer drama among adults 18-49 and adults 25-54 in 2012. Falling Skies: The Complete Second Season will include numerous special features such as audio commentaries, behind the scenes featurettes and more. The release comes just weeks before the series’ third season is slated to launch exclusively on TNT in summer 2013. The three-disc Falling Skies: The Complete Second Season DVD and two-disc Blu-ray set will include all 10 episodes from the action-packed drama’s second season, along with such special features as a feature on the writing of the series, “The Skitter Evolution,” tour of the Falling Skies set, commentary tracks, exclusive trading card from Rittenhouse included on pack, and much more. Additionally, the Blu-ray release will also be available for Ultraviolet digital download. Falling Skies: The Complete Second Season will carry a suggested retail price of $39.98 for DVD and $49.99 for the Blu-ray set. 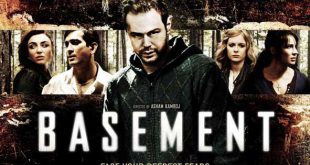 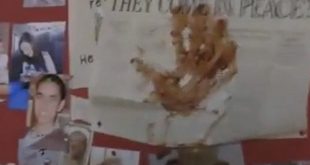