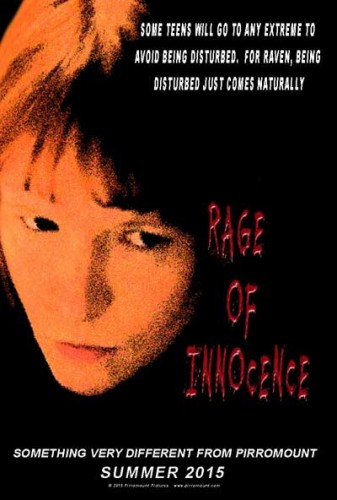 Veteran filmmaker Mark Pirro writer/director of such cult classics as “Deathrow Gameshow,” “Color-Blinded” and most recently “The God Complex” is set to begin principal photography on a terrifying new production entitled “Rage of Innocence.”

Departing from the comedic tone, a standard of Pirromount’s previous features, this is their first venture into a psychological thriller. The movie centers around a male high school Jim Marsden (John McCafferty) teacher
who begins a relationship with a female teacher. He soon discovers that his lover’s teenage daughter Raven (Stef Dawson) is psychologically unbalanced. Raven stops at nothing to keep him from dating her mother.

Her violent rage escalates and spirals into a dangerous web of lies, deceit and ultimately forces him to play her deadly game.