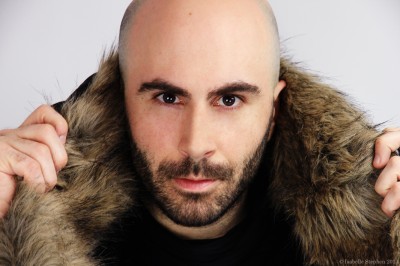 What is your earliest childhood memory of being a horror fan?

I remember I was scared of ANY horror films at an early age! I completely avoided any horror films for a long time. I was a big fan of thrillers, though. And then I watched one and rediscovered the genre. I totally loved it! Horror is my favorite genre since a long time now.

How did you get started in this business?

I was a big fan of horror movies and explored the indie scene and made friends with many of them. Finally got a chance to work on a film. It was a film directed by Steve Sessions. Back in 2004.

Who gave you the best advice?

I can’t think of something particular at the moment, but I always loved the “follow your dreams” motto! I really believe you can do anything, as long as you work for it. 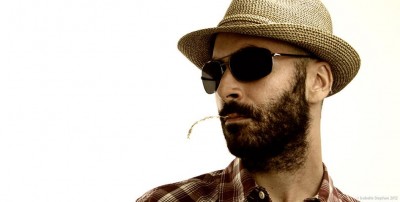 Can you name three horror movies that have inspired you?

Carpenter’s The Fog, for the best mood.
Suspiria, for the best look
Tales from the Crypt (Freddie Francis), because I love old movies. Classy look, elegant and talented cast. Also, I love anthologies.

What is the strangest thing that has ever happened to you while making a movie?

Maybe not strange, but let’s say it was quite an adventure. Working on Steve Sessions’ Contagio back in 2009. I had a chance to have the male lead part (my first!), and my good friend Isabelle Stephen was the female lead. What should have been a dream ended up a nightmare. I got very sick during the shoot, the worst cold I ever had in my life, sick the entire time, feverish, cold sweat, not able to eat… I still did the work, but it was tough and I could have done much better under different circumstances. I watch the film now, and there’s stuff I don’t even remember doing. After we wrapped I slept for more than 24 hours.

What new horror movies are you looking forward to seeing?

Every films involving friends of mine! I love to support! Also, I am looking forward to watch James Wan’s new movies, Insidious 2 and The Conjuring. I love his work. Also, The Lords of Salem, awesome cast! I really hope to get the chance to see The Butterfly Room soon. Barbara Steele is quite an actress! And Devil May Call, starring Traci Lords.

Do you have an opinion on everything horror classics being remade?

Why do something that was already done? Why not try something new? Why not watch the original? That being said, sometimes, remakes are good. I am not against them, I just don’t understand.

Who would you love to work with in the future?

Well, I had a cameo in Dys directed by Maude Michaud, starring Shannon Lark, and I just completed filming A Blood Story, directed by Joe Hollow. I love Joe, he’s great, awesome cast! I have a small part in this. Honored to be involved in this film!! It’s gonna be awesome!
I might be involved in Ted V Mikels’ next movie and I am hoping to work on Len Kabasinski’s next movie as well! And few other things coming up, but no dates yet! Keep my fingers crossed!! :) 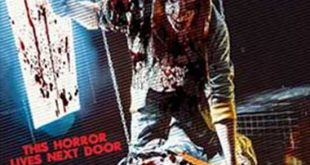