Rob Zombie returns to the theater with his latest directorial effort, the horror film The Lords of Salem. The movie features a stellar cast including Sheri Moon Zombie, Meg Foster, Judy Geeson, Patricia Quinn, Dee Wallace and Bruce Davidson. The story deals with the curse of the witch Margaret Morgan on the town of Salem and its effects on a beautiful, young DJ, Hiedi Hawthorne. The film features a bevy of Zombie driven visuals from giant bigfoot like creatures to mummified priests and, of course, a coven of witches. Listen as Doc and Santos debate how successful Rob Zombie is with the film and how wonderful and frightening Meg Foster is as Margaret Morgan.

Discussing a new trend in horror television, the grue-crew circle VOD horror content on Netflix and Amazon with the TV series Hemlock Grove from Eli Roth and Zombieland from the writers of the feature film. Hemlock Grove takes it serious with a town full of bizarre characters and creatures while Zombieland goes the zombie-comedy route mixing gore and hilarity. After delving into each series, the topic shifts to the impact such content has on the future of horror television.

In this episode’s news section, Dave discusses Dexter’s final season and the possibility of a spin off series. Will it feature Deb in all her cursing glory? We can only hope! Next is information on the sequel I Spit on Your Grave Too. The BluRay specs are in from Scream Factory for John Carpenter’s The Fog. And Dave ends his segment with fascinating updates about the release of Still Screaming, a documentary about Wes Craven’s Scream franchise. 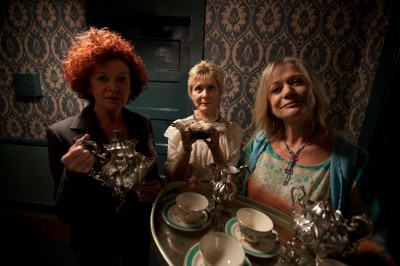 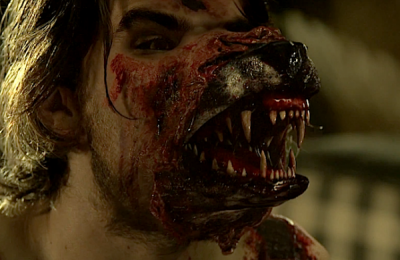 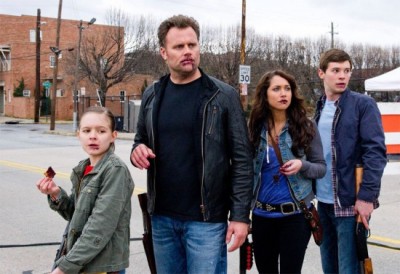