Damn, I love DEXTER, such a great freakin show! Kinda bummed that this upcoming season is supposedly the last but we’ll always have Blu-ray and with that perfect segue I bring you news of the upcoming release of Season Seven on Blu-ray and DVD. The press release drives the news home so lets take a look, shall we:

Highlighted by performances from guest stars including Ray Stevenson (“Rome”), Yvonne Strahovski (“Chuck”), Jason Gedrick (Backdraft, Iron Eagle) and Santiago Cabrera (“Heroes”), the gripping seventh season begins in an explosive fashion as Dexter’s sister Debra (Jennifer Carpenter) witnesses his ritualistic slaying of a killer. Now she knows the secret of his “Dark Passenger,” his undeniable thirst for blood, and the Code that their father Harry (James Remar) instilled in him as a young boy. But as she tries to reconcile the unfathomable idea that her beloved, mild-mannered brother is Miami’s most notorious serial killer, Dexter is still pulled by his natural impulses to seek out the guilty and exact his brand of vigilante justice, leading him on the trail of a brutal Ukrainian mobster (Stevenson). Along the way, Dexter meets Hannah McKay (Strahovski), a strong, independent woman with a dark past that she’s struggled to put behind her. As a turn of events leads Miami Metro Homicide to ask for her help in solving some old cases, Dexter works with her and begins to wonder if there’s more to this woman than she’s professed.

The Blu-ray Disc and DVD sets, including all 12 episodes of the seventh season plus bonus material, will be available for the suggested retail price of $67.99 U.S and $74.99 CAN, and $54.99 U.S. and $57.99 CAN, respectively. Episodes and special features are as follows:

Are You…?
Sunshine and Frosty Swirl
Buck the System
Run
Swim Deep
Do the Wrong Thing
Chemistry
Argentina
Helter Skelter
The Dark… Whatever
Do You See What I See?
Surprise, Motherf*cker!
Special Features:
Ray Donovan (Pilot Episode) on Disc 4 on DVD; via UltraViolet on Blu-ray
First two episodes of the Second Season of The Borgias (DVD only)
First two episodes of the First Season of House Of Lies (via E-Bridge Technology on DVD)
Biographies (DVD only) 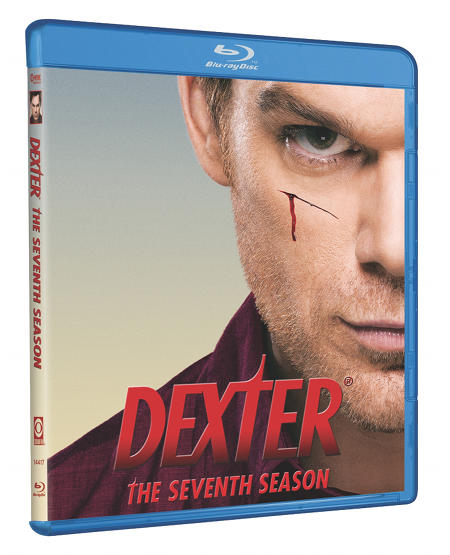