CRUSH Making A Trip To Blu-ray

Those damn three-ways, they never end up well. Always some psycho boyfriend or girlfriend looking to mess things up. A new thriller heading our way from Millennium Entertainment tells such a tale. It’s titled CRUSH, read on for the release details:

Millennium Entertainment proudly announces the DVD and Blu-ray release of CRUSH for April 9, 2013. The teen-thriller stars Lucas Till, Crystal Reed, Sarah Bolger, Reid Ewing, Leigh Whannell and Caitriona Balfe and will be available DVD at an SRP of $28.98 and Blu-ray at an SRP of $29.98.

High school heartthrob Scott has it all; good looks, popularity… and a secret admirer. But what starts out as a seemingly innocent crush soon turns deadly. Who’s responsible? Scott’s long time friend Jules, frustrated with their platonic relationship? Bess, a shy classmate, increasingly jealous of his friendship with Jules? Or Jeffrey, a bright outcast whose crush on Bess has lead him to become increasingly obsessive? One thing’s certain, time’s running out and Scott must uncover the psychotic stalker before it’s too late.

Here, have a peak at the trailer and see if this one might be your cup of tea: 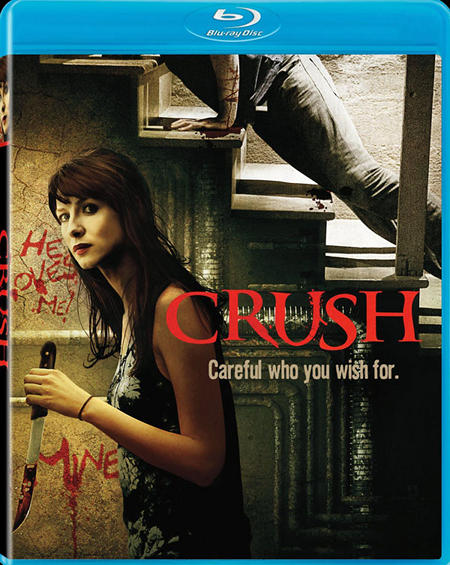 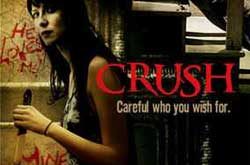